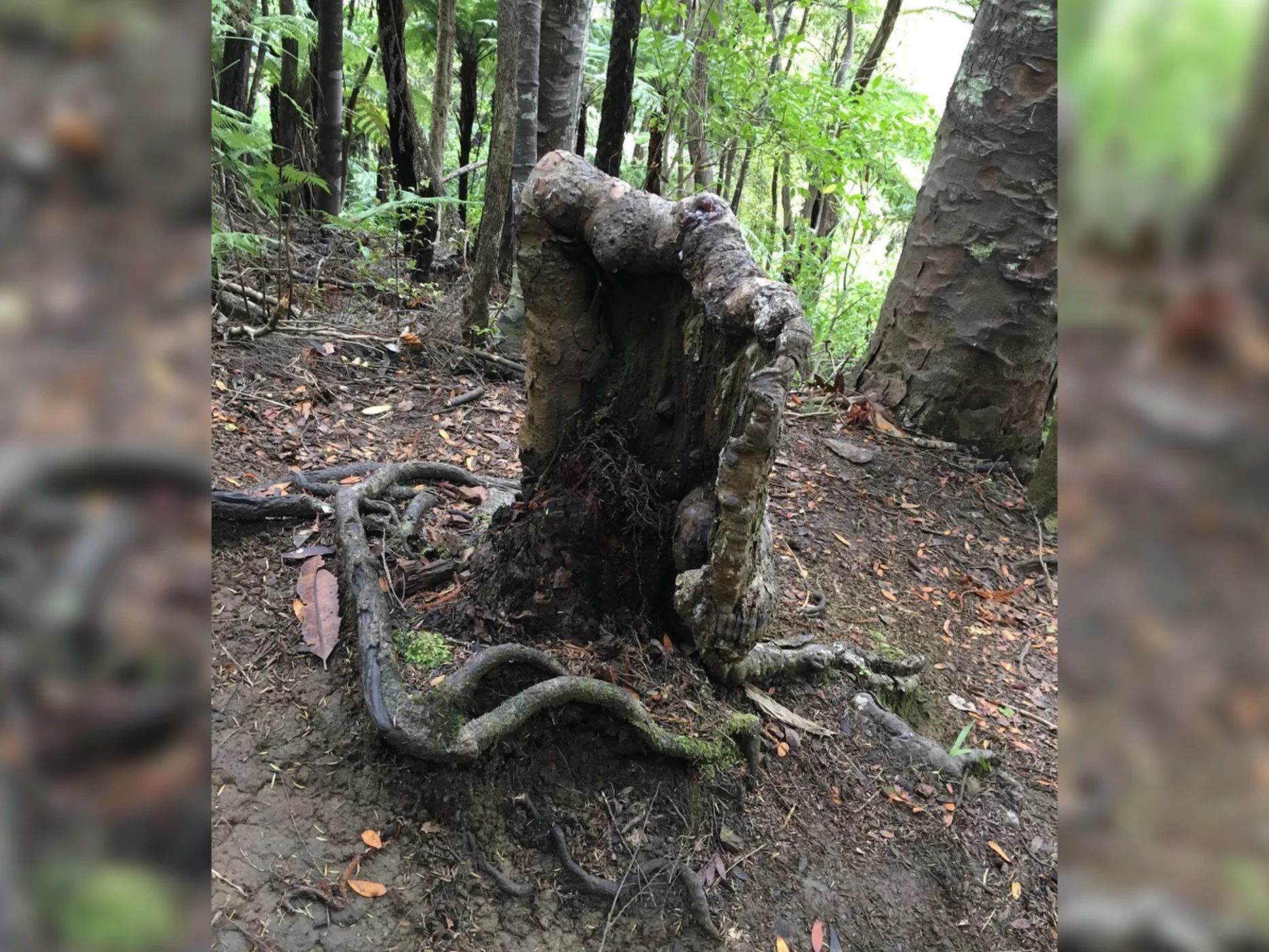 A tree stump in New Zealand is still alive thanks to forest “superorganism” – a network of interconnected roots that share resources, including water and nutrients, across a community that could include dozens or hundreds of trees.

Ecologists Sebastian Leuzinger and Martin Bader of the Auckland University of Technology spotted the ‘dead’ kauri tree (which can grow as high as 165 feet) stump with sap running through it in one of New Zealand’s North Island forests.

“My colleague Martin Bader and I stumbled upon this kauri tree stump while we were hiking in West Auckland,” said Leuzinger. “It was odd, because even though the stump didn’t have any foliage, it was alive. For the stump, the advantages are obvious — it would be dead without the grafts, because it doesn’t have any green tissue of its own. But why would the green trees keep their grandpa tree alive on the forest floor while it doesn’t seem to provide anything for its host trees?”

Why would a nearly dead tree be kept alive by the surrounding kauri trees? The scientists offered one possible explanation: its roots may still have value as a kind of bridge. The finding undermines the notion of trees as individual or separate entities. Leuzinger noted:

“This would allow the other trees to access more resources such as water and nutrients, as well as increase the stability of the trees on the steep forest slope. This has far-reaching consequences for our perception of trees — possibly we are not really dealing with trees as individuals, but with the forest as a superorganism.”

When Leuzinger and Bader looked at the flow of nutrients of the stump and its neighbours, the duo found that they drank water at different times. In a study published in the journal iScience, the scientists explained that by grafting its roots onto its neighbours’ roots, the kauri stump feeds at night on water and nutrients that other trees have collected during the day, staying alive for the benefit of the forest.

In a time of a rapidly shifting climate, the authors speculate these forest superorganisms may create added protection from droughts, giving trees with less access to water a chance to share resources with their better-hydrated neighbours.

However, there may be drawbacks to the root grafting, as well. For example, the authors warn this inter-connectivity could allow for the rapid spread of kauri dieback — a disease which spreads through a soil-borne pathogen. Live Science writes:

“Just as nutrients can be shared swiftly between individuals, perhaps harmful pathogens could just as easily spread from a single infected tree to an entire forest via this underground root network. Will community-mindedness be the downfall of the kauris or will it be their salvation? Time, and further study of forest vampires, will tell.”