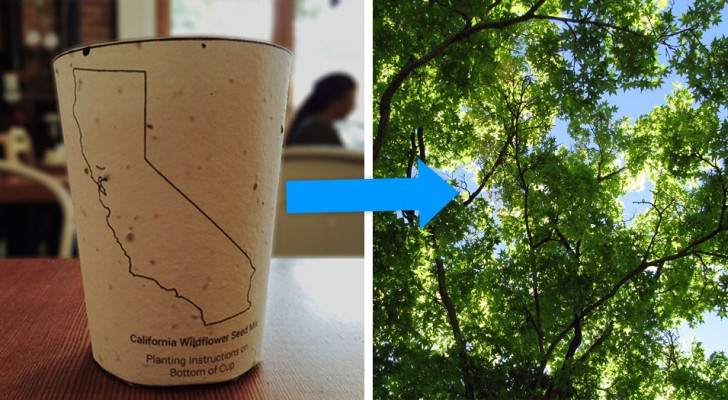 We do everything we can to fight pollution. The war that Earth has waged against this huge problem is undoubtedly about two major solutions: 1) less pollution from biodegradable products. 2) Plant more trees so that we can produce more oxygen and reduce the amount of carbon dioxide in the air.

The idea of the California company Reduce. Reuse. Grow combines these two elements into one innovative product: an ecological mug containing the seeds of a tree.

By using the Kickstarter platform, a website where you can ask for donations from people on the Internet, the company has found the means to complete the project of creating biodegradable cups that can be planted to grow new trees create.

The idea is simple but ingenious: During the production phase, tree seeds are put into the cups, while after the sale, the company encourages customers to bury the jars or bring them back to the planting company.

Alex Henige, CEO of Reduce. Reuse. Grow said he was thrilled that California’s biodiversity – where the company is based – has allowed it to test a large number of plant species. This, combined with the fact that disposable cups are used a lot every day, gives hope for the success of the idea.

The manufacturing process of the new cups is not even particularly complicated: the only downside was to test the seeds that could withstand the temperatures of the drinks. However, after several tests, the research team found that many seeds were already endowed by nature with the ability to withstand the most severe weather conditions.

Unfortunately, not all cups can become trees. Therefore, the company continues to test the housing of the new cups and the seeds to be used to grow 100% of the buried cups.

In the meantime, the first sales have already been made and in California, the plant cups began to circulate in houses and bars.

We hope the project can grow by expanding its field of activity to other countries in the world and creating new green spaces around the globe. 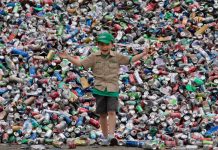 The U.S. Sucks at Recycling, and This 9-Year-Old Is Trying to Fix It 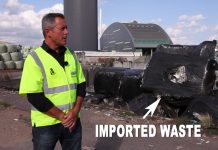 Sweden Runs Out of Garbage