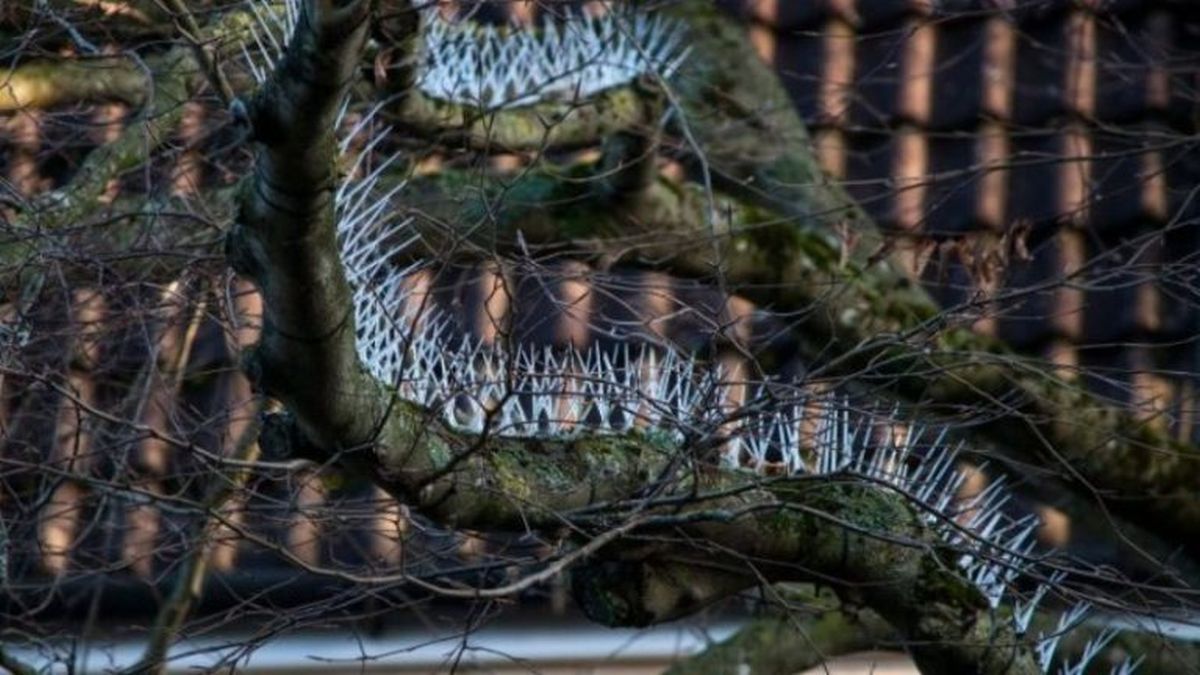 Affluent people living in the British city of Bristol have installed anti-bird spikes, usually used to stop birds from resting and building their nests on ledges and nooks on buildings, on trees to prevent birds from perching and dropping their feaces on their flashy cars.

Jennifer Garrett, a nature lover, posted a photo of the spikes, which have been installed along the branches of two trees hanging over a car park in Clifton, on Twitter:

Our war on wildlife: now birds are not allowed in trees…?! Pigeon spikes spotted in Clifton, Bristol above a car park. Has anyone seen this before? How is it allowed?!
📷: thanks to Anna Francis pic.twitter.com/NuG9WvYBMj

After the tweet went viral, Kerry McCarthy, MP for Bristol East, said it “seemed very odd” and confirmed that local councillors are looking into the issue, although it is on private land. Paula O’Rourke, a Green Party councillor, added:

“I’m aware that the landowner might be legally within their rights to do this to the trees as they seem to be on private land. However, I will be looking into this at the council. Whether allowed or not though, it looks awful and it’s a shame to see trees being literally made uninhabitable to birds – presumably for the sake of car parking.”

Meanwhile, many people expressed their shock on Twitter over the cruel method of deterring the birds. Nature photographer Iain Green said: “I’m lost for words at how appalling this is!”. Donna Rainey, a conservationist from Northern Ireland, added: “We have reached a new low. Appalling!”.

This is quite possibly the most idiotic thing I’ve ever seen this year! Bird spikes on a tree, truly bonkers 🤨. https://t.co/oWGrftABpv

Really this is so crazy, you couldn’t make it up could you. I mean stopping birds from perching in trees, whats next – maybe ban them from flying. We need to round up all these human goofballs and force them to live below ground in the dark until they learn to appreciate nature.

According to BBC, the spikes were put on the trees by Hillcrest Estate Management to protect residents’ cars in their car park. In a statement, they said: “Bird detritus can cause permanent damage to the paintwork on cars if not removed promptly and the worst affected leaseholders wanted action taken to try and improve the situation.”

The firm claimed it had tried a number of measures to deter the pigeons, including fake birds and noise deterrents, but had little success and was forced to installed the spikes in 2014 to protect residents’ “expensive cars” from roosting pigeons at the “prestigious development”.