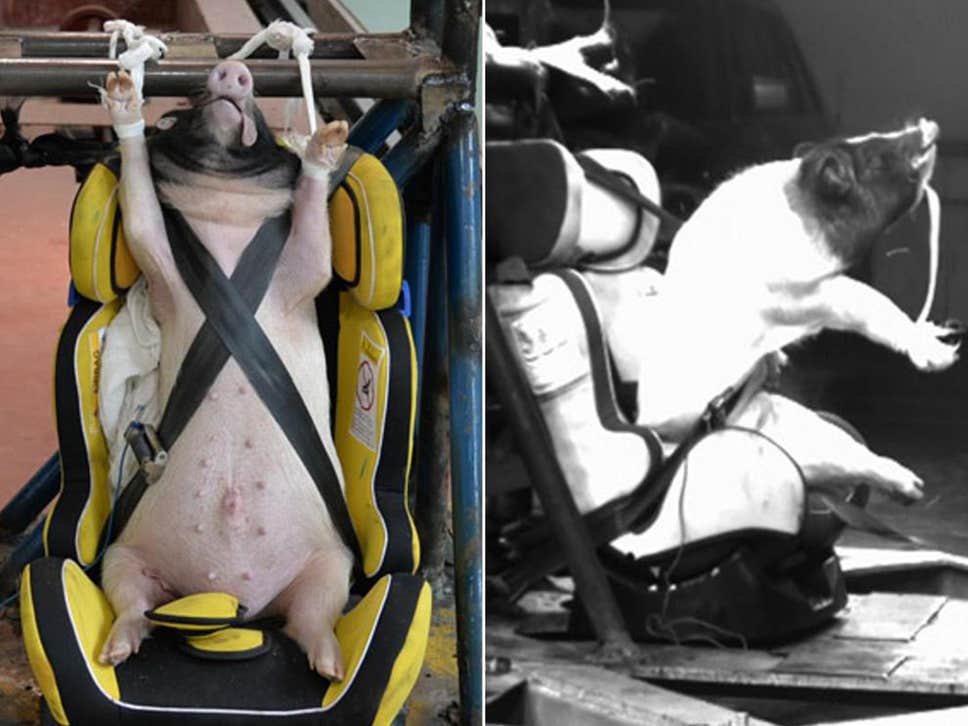 The study notes the use of 15 young pigs strapped into car seats and used as live dummies in high impact speed simulations. Most of the pigs were only 70 or 80 days old before being strapped into the seats. The high-speed simulations were conducted to test various child seatbelts for impact testing and quality control.

Over half the animals died during testing. The others were severely injured, with 8 suffering badly broken bones and internal bruising. Researchers who studied the bodies of the pigs found that the most frequent injury was lung damage and ruptured spleens and livers.

Prior to the impact testing that ranged from 30 to 50 km/h impacts, the young pigs were starved of food and water.

Despite the Chinese insisting the studies complied with US standards, and that the relevant ethics committees approved the research, similar tests involving pigs and other animals has been illegal in the US since the 1990s.

Zachary Toliver of PETA condemned the study as “barbaric” and cruel.

“Despite the existence of sophisticated animal-free models, experimenters continue to fasten abused, frightened animals into car seats and crash them into walls until their bodies are bloody, bruised, and mangled. Live pigs are pulverised in these tests, leaving them with broken bones and severe internal injuries before they’re killed and dissected,” he said.

“Pigs don’t naturally sit up in car seats. Their anatomy is also very different from that of humans, so the data obtained from these horrific animal experiments aren’t applicable to human car-crash victims. Car companies figured out years ago that these kind of experiments are worthless and tell us nothing about a human experience in a car crash,” he added.

Late last month an activist leaked a video of a German pharmaceuticals lab strapping monkeys down by the neck while torturing and abusing them, along with other animals maimed. The Laboratory of Pharmacology and Toxicology is currently under criminal investigation.