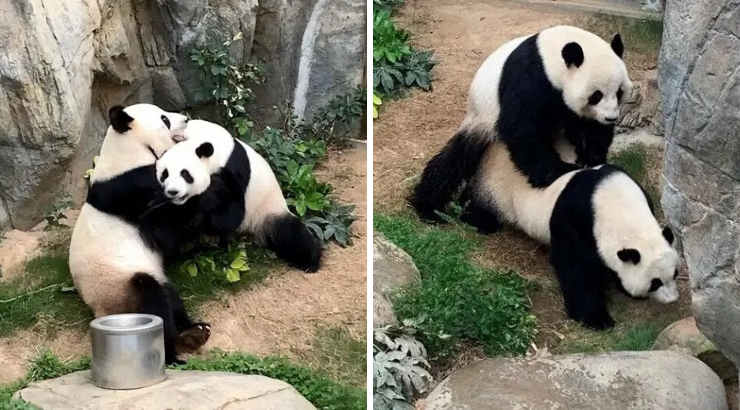 Hong Kong’s Ocean Park Zoo was closed after authorities announced the coronavirus pandemic. Since the closure and lack of crowds, two of its pandas have mated for the first time in a decade of captivity.

The 14-year-old pandas Ying Ying and her male counterpart Le Le were spotted by handlers mating last Monday morning, said a zoo statement released alongside images of the event.

Zoo officials are hoping a pregnancy will result, but won’t be able to confirm a baby with an ultrasound until around 14 to 17 days before the birth.

Wholesome quarantine footage: Giant panda Ying Ying and Le Le in Hong Kong did what many people do under #coronavirus lockdown, do what comes naturally…for the very 1st time in a decade for this panda couple pic.twitter.com/kNH5bDrbgQ

Michael Boos, Ocean Park’s executive director in zoological operations and conservation, released a statement explaining the chances of a natural pregnancy occurring are much higher than artificial insemination.

“The successful natural mating process today is extremely exciting for all of us, as the chance of pregnancy via natural mating is higher than by artificial insemination. We hope to bear wonderful pregnancy news to Hong Kongers this year and make further contributions to the conservation of this vulnerable species,” Boos said.

Due to the coronavirus outbreak, the park has been closed to visitors since late January. Staff noticed certain behaviors in the two giant pandas that are common during breeding season, which occurs every year between March and May. “Since late March, Ying Ying began spending more time playing in the water, while Le Le has been leaving scent-markings around his habitat and searching the area for Ying Ying’s scent,” reads the press release.
While it is still too early to tell whether a baby panda is on the way, Ying Ying’s body and behavioral changes are being closely monitored. Although the empty zoo might have influenced the pandas, zoo officials say the pandas were signalling a readiness to mate in the weeks leading up to the closure. 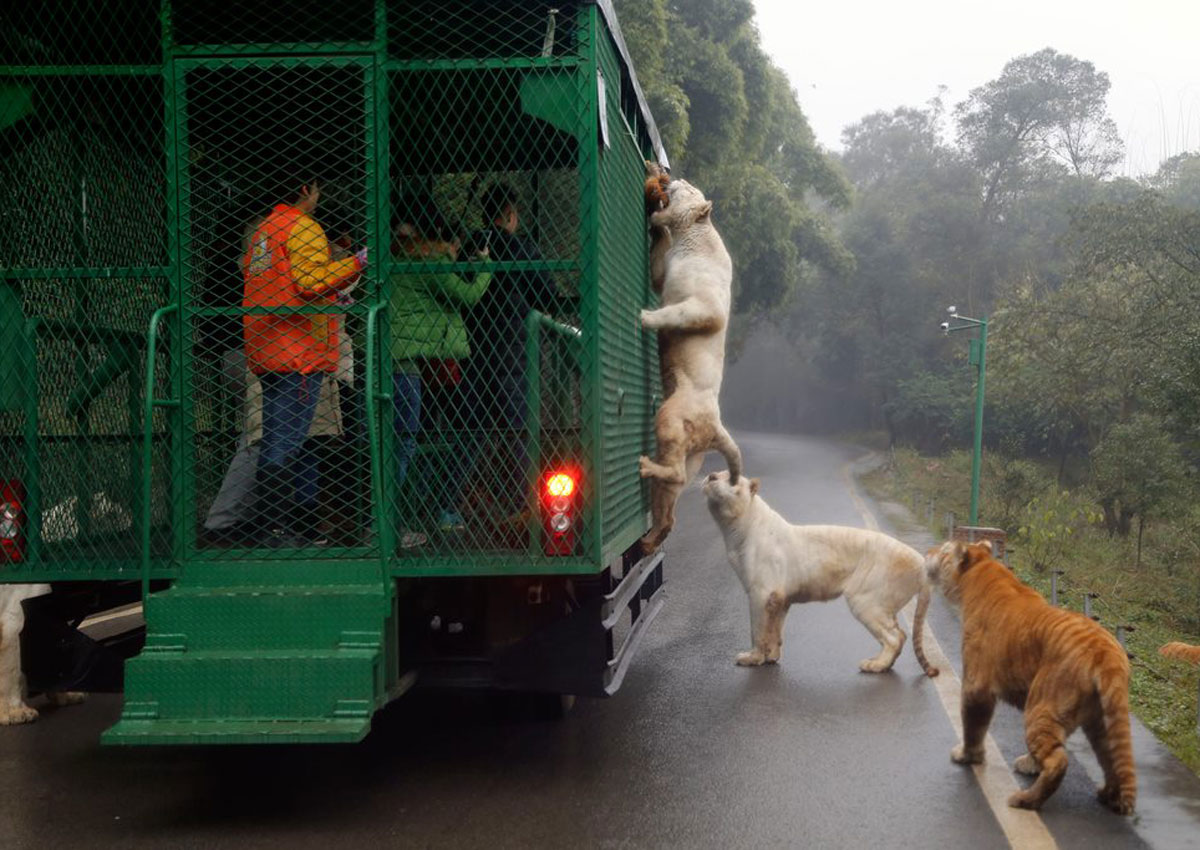 A lot of people see visiting a zoo as akin to animal cruelty. Watching animals in captivity can be disheartening, especially in the zoos where animals are obviously neglected. Although many of the caged animals are bred in captivity and are within breeding programs to expand their species’ survival rates, wild creatures deserve to live in environments free from humiliation and distress. 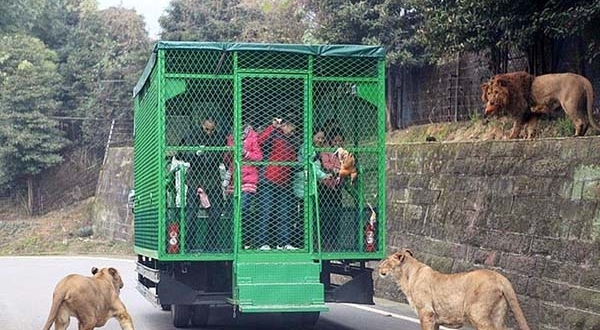 One Chinese zoo has discovered another way to draw in the crowds and allow more freedom for its wildlife. The Lehe Ledu Wildlife Zoo in Chongqing has reversed the caging system and now allows its visitors to view free-roaming animals from mobile caged vehicles.

The secured cars are driven through a section of the zoo’s park where feline predators are attracted by meat and whole chickens attached to the outer side of the moving cages. Visitors get to experience firsthand the natural instincts of Bengal tigers, lions, and white tigers from these moving cages.

From within the cages, visitors have the opportunity to feed these exotic animals. Small openings allow the freedom and safety to get extremely up close and personal.

Chan Liang, a spokeswoman for the zoo, explained how they wanted to provide their visitors with an encounter they could experience with the large animals without any risk.

Despite the new move to cage people and not the animals, the zoo experienced a death prior to the new ‘exhibit.’ An eight year old girl snuck into an enclosure housing circus animals and was mauled by a tiger after she fell in front of a safety fence.

The child was rushed to hospital suffering extensive head and neck injuries and was pronounced dead on arrival.

Although it was unclear how the child got into the closed off area with two adults accompanying her, the zoo has since reached a compensation agreement. Security measures have increased since the attack, including the new exhibition where people remain locked behind a cage when in close contact with the big cats.

The circus performances have since continued according to schedule, the zoo reported.

Launched in December, the zoo reports the new tour as being a huge hit among the tourists.