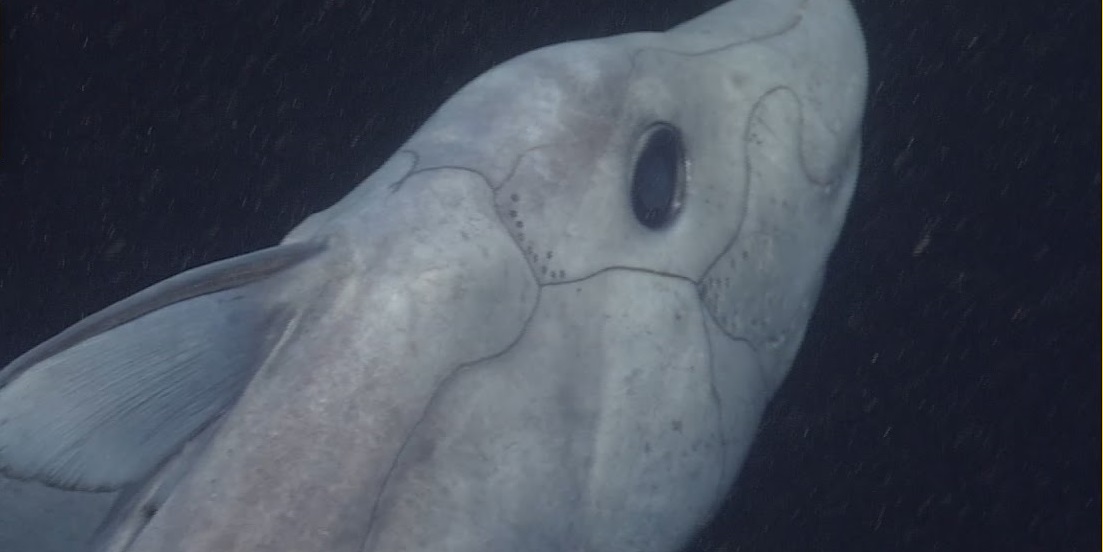 Footage of an elusive “ghost shark” coming out of hiding in the Northern Hemisphere has finally been released after the rare fish was filmed in its natural habitat for the first time in 2009.

Researchers from the MBARI lowered a remotely operated vehicle (ROV) off the coasts of Hawaii and California and accidentally recorded the deep-sea fish — called a “ghost shark” for its appearance, but also known as the pointy-nosed blue ratfish.

The bizarre-looking ghostly pale deep-sea creature was lurking just over a mile below the ocean surface when it was caught on camera by a ROV piloted by geologists who weren’t even looking for sharks.

“The guys doing the video were actually geologists,” Dave Ebert, program director for the Pacific Shark Research Center at Moss Landing Marine Laboratories, told the National Geographic. “Normally, people probably wouldn’t have been looking around in this area, so it’s a little bit of dumb luck.”

Chimaeras are unusual fishes. Like sharks, their bodies are not stiffened by bones, but by plates and bone-like bits of…

Although they are rarely seen, the ghost shark wasn’t at all camera shy; instead, it appeared to be quite curious about the ROV. “It’s almost a little comical,” Ebert added. “It would come up and bounce its nose off the lens and swim around and come back.”

Researchers call this unusual fish a pointy-nosed blue chimaera (Hydrolagus trolli), a species known to live in deep waters around Australia, New Zealand, and New Caledonia. This was the first sighting of this particular species, a shark older than the dinosaurs, in the Northern Hemisphere.

“The deep sea is vast and remote, and also a place of extremes – there are near-freezing temperatures, crushing pressures and a complete absence of light. It’s a place we cannot venture easily and this makes it an incredibly difficult place to work,” Dr Diva Amon, a Trinidadian deep-sea biologist at the Natural History Museum, London, told Forbes.

Also known as a Chimaera, the ghost sharks are cartilaginous fish, which means they have no bones but cartilage that keeps their bodies rigid instead.  They typically have a triangular dorsal fin and two triangular, pectoral fin-wings on either side. They are usually found at depths of between 400 meters and 2,000 meters but are occasionally seen at depths of around 3 meters for mating or laying eggs.

Ghost sharks, aptly named for their illusive nature, possess retractable sex organs on their foreheads. They have tooth plates — a sharp upper plate that is fused to the skull, and a lower, flat plate used to hold its prey in place; they do not have rows upon rows of jagged, razor-sharp teeth, as sharks like Hammerheads and Great Whites do. Forbes adds:

“According to Greek mythology, chimeras are a monstrous fire-breathing hybrid creature composed of the parts of many animals. Chimeras are usually depicted as a lion, with the head of a goat arising from its back, and a snake’s head tail.”