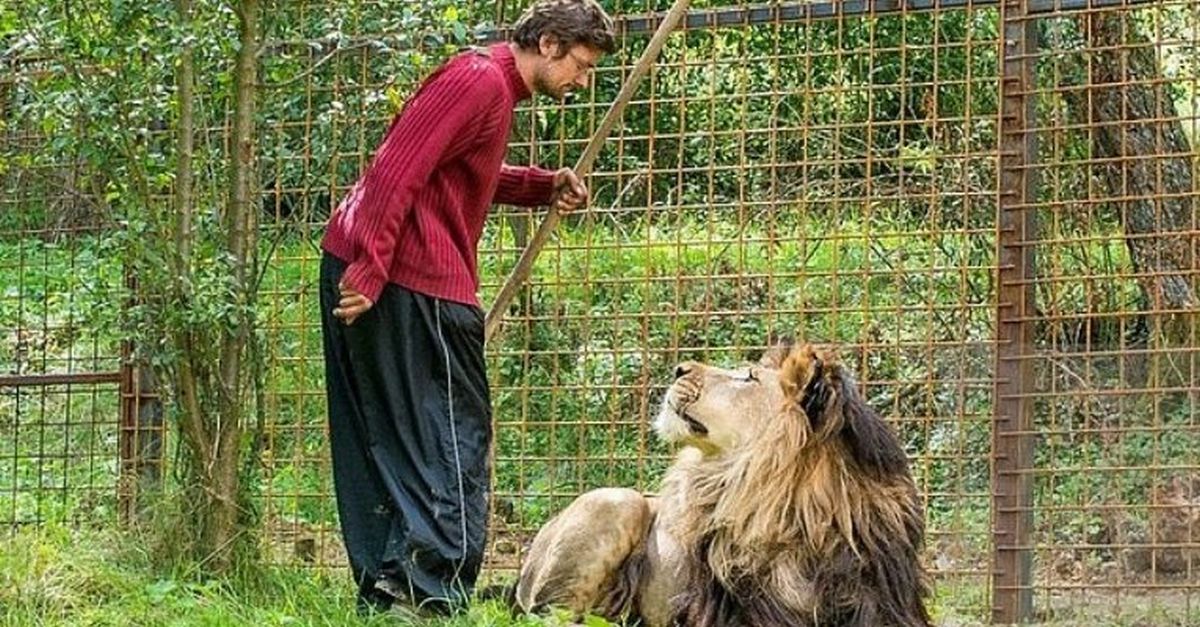 (The Mind Unleashed) A 33-year-old man living in the Czech Republic was recently mauled to death by a lion that he kept in captivity. Reports indicated that Michal Prasek was a poor caretaker for the lion and other large animals living on his property. Prasek’s behavior was so bad that the local community took note and spoke out against his activities in the past. The Zdechov resident was previously formally charged and fined for illegal breeding, but investigators were unable to find sufficient evidence needed to remove the animals from his care.

While Prasek’s body was eventually found by his father, the exact details of his death remain unclear. His father says that the body was found inside the lion’s cage, which was locked from inside, implying that Prasek had locked himself in before potentially provoking the lion to lash out.

Sadly, police shot and killed the animal after arriving on the scene. A  lioness in a separate cage was also killed.

According to the BBC, a police spokesperson told local media that the shootings were “absolutely necessary” for them to reach Prasek’s body. Local news website Novinky.cz, has reported that the lioness was pregnant.

Prasek reportedly purchased the lion in 2016 and acquired the lioness last year. Shortly after bringing her into his home, the lioness was hit by a bicyclist while Prasek was walking her on a leash in his neighborhood. That story made headlines, but police deemed the incident a simple traffic accident and neglected to investigate further.

Lions and tigers have become extremely popular pets for the twisted and the wealthy. In fact, there are currently more tigers in captivity in private backyards than there are in the wild.

“One of the world’s largest populations of tigers exists not in the wild—but in captivity in the United States. With an estimated 5,000 tigers, the U.S. captive tiger population exceeds the approximately 3,200 tigers in the wild.”

Private ownership of animals isn’t always a bad thing—some conservationists buy large plots of land to allow animals to roam freely in a safe environment. Some animal refuges employ mercenaries to hunt down poachers and protect the animal’s habitat. However, many private owners of large cats in the U.S. do not treat their animals properly and are simply using the animals as a status symbol to flaunt their wealth, power and strength.