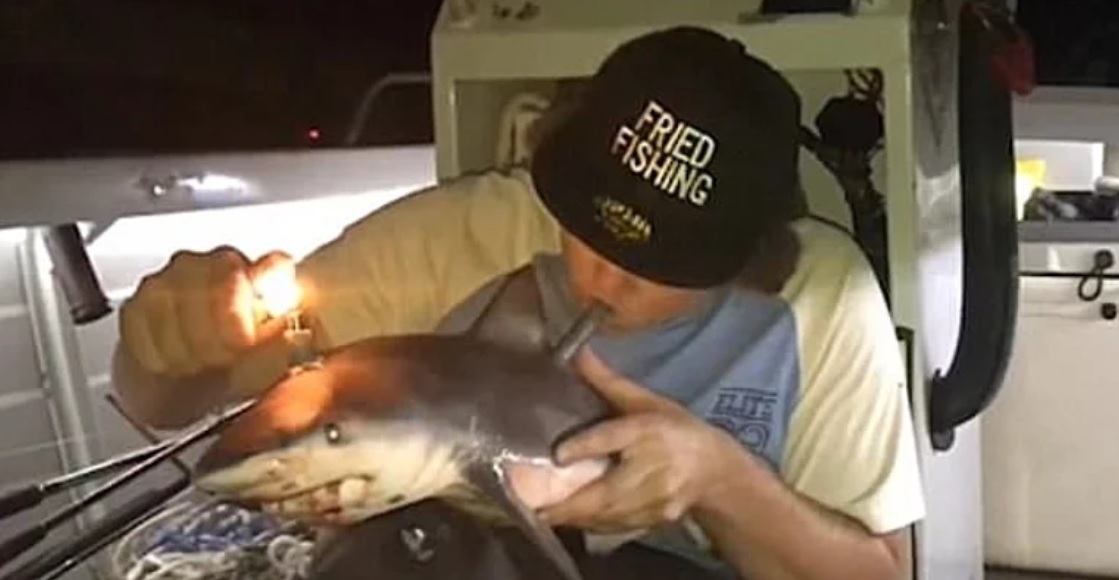 Sometimes, current events are so unbelievable, you wish the term “fake news” really did apply to those stories. But alas, a viral video showing a man using a baby shark as a bong to smoke tobacco is the real deal. And, it’s enraging internet users around the world.

The widely-shared video shows an Australian fisherman using a dead baby shark as a make-shift bong. As the oddly popular kids’ song “Baby Shark” begins to play in the background, the fisherman lights up, inhales on the mouthpiece inserted into the shark’s back, and puffs away. By the look of his grin, he has no qualms with using the dead animal for this purpose.

Watch the video below:

News.com.au reports that the man featured in the video is a moderator of the Fried Fishing group on Facebook. He and other users upload videos of fishing-related stunts done in Australia.

After receiving backlash from the public, the man defended the video, saying the shark was “caught by my mate when we were fishing for mangrove jacks on Friday.” He added, “after two nights left in the icebox I came up with the idea. There is no possible way it was alive.” The man added that he wasn’t smoking illicit drugs in the shark-pipe, only tobacco.

“I just want to say thanks to the bunch of sooks who have complained to the point of the police visiting,” he said in a follow-up post. “Honestly I quit.”

As IFLScience points out, “Sooks” is Aussie slang for coward.

Though it is unclear what species the shark is, Melissa Cristina Márquez, marine biologist and conservationist, believes it is a young bull shark (Carcharhinus leucas). While it isn’t illegal to catch or kill this species of shark, they are listed as “Near Threatened” on the IUCN Red List.

The unethical act has earned the fisherman many enemies. Before the footage was removed from Facebook, activists and organizations jumped on the chance to re-share the video, along with their thoughts.

“The monster in this video is the one in the hat – it isn’t the shark. This video – and everything about it – makes us sick and fills us with anger. The level of arrogant disrespect is astounding. Humans, we NEED to do better.”

“The video is gross. Even if we catch and eat fish to sustain ourselves, we can do it do it in a way that respects what the ocean provides us and nurture it so that it can provide for the future.”