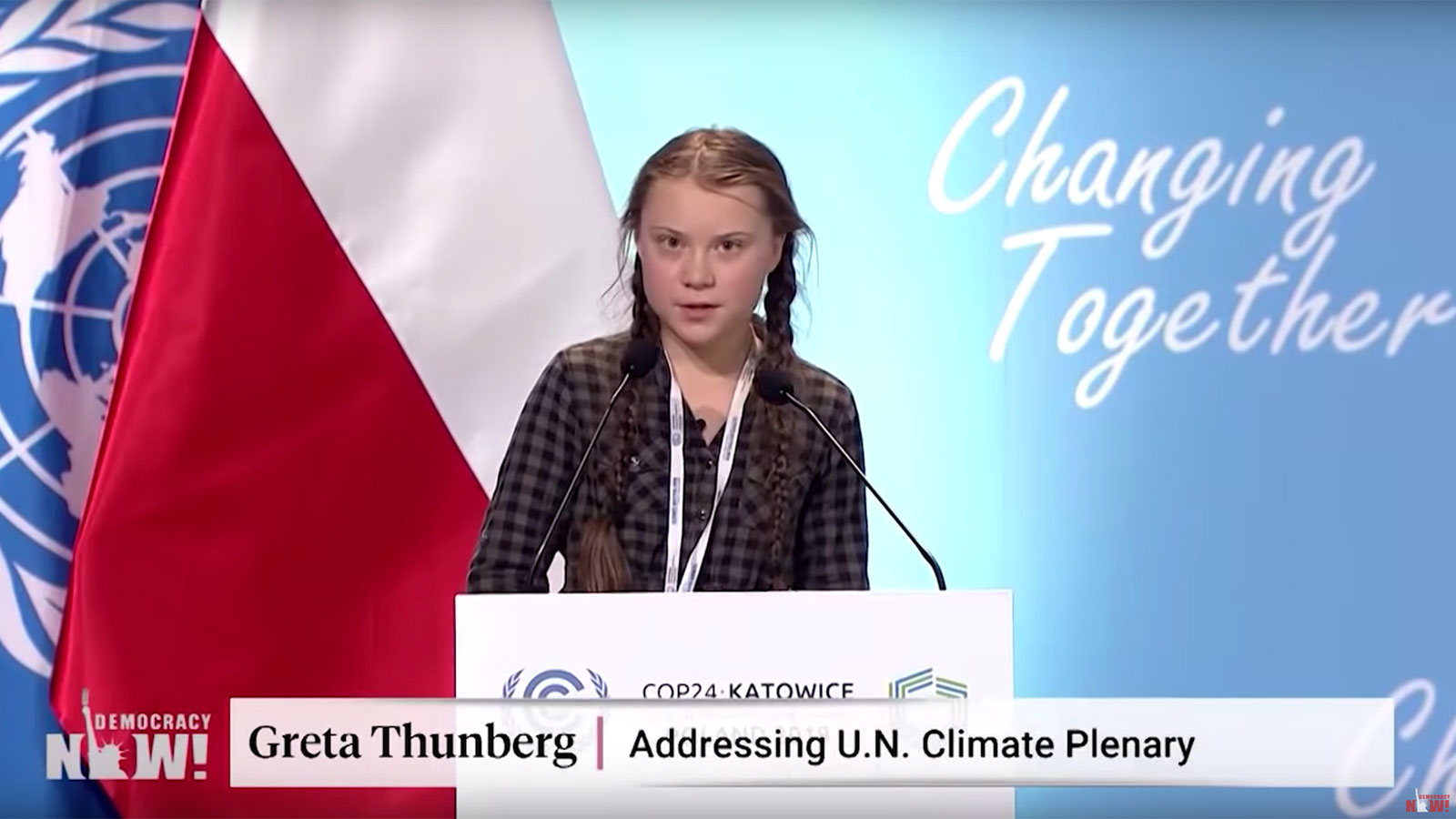 Greta Thunberg, a 15-year-old student, spent most of September ditching school to protest on the steps of her native Sweden’s parliament. She’s of a mind that her country needs to address climate change more aggressively. The strike made headlines, and Thunberg has been making waves ever since.

Those waves carried her to Katowice, Poland, where this week she was a speaker at the U.N. climate summit. And, let me tell you, the kid did not hold back. She unleashed a torrent of criticism on negotiators that may go down in history as the sickest burn ever unleashed at an international conference. (It was the verbal cousin of the shoes an Iraqi journalist threw at U.S. President George W. Bush 10 years ago today.)

“You say you love your children above all else, and yet you’re stealing their future in front of their very eyes,” the towheaded, pigtailed activist said to the assembled dignitaries. Then, Thunberg addressed world leaders directly, telling them she didn’t come to the conference to beg. “You have ignored us in the past, and you will ignore us again.”

I can’t type out all of the flames she threw because my keyboard will catch fire, but you can watch the roast yourself below.