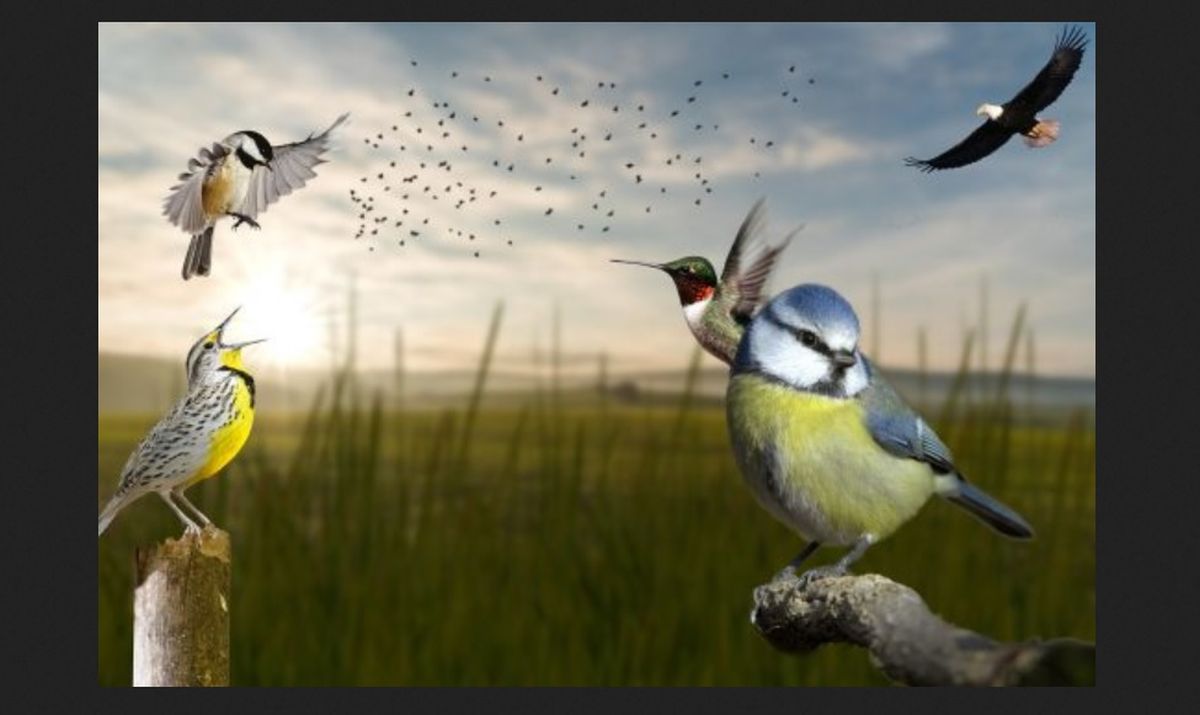 North America’s bird population is collapsing at a frightening pace and if you don’t care soon, scientists warn, they could all be gone in 100 years.

According to a recent study of more than 500 species, most of North America’s bird populations (from iconic songsters such as meadowlarks to long-distance migrants such as swallows and backyard birds including sparrows, finches and warblers) have fallen by nearly 3 billion birds in less than 50 years: there were about 10 billion birds in North America in 1970; now, there are about 7 billion — a decline of nearly 30% thanks to human actions.

Ken Rosenberg, lead author and a conservation scientist at the Cornell Lab of Ornithology and the American Bird Conservancy, warned:

“Multiple, independent lines of evidence show a massive reduction in the abundance of birds. We expected to see continuing declines of threatened species. But for the first time, the results also showed pervasive losses among common birds across all habitats, including backyard birds. I would call it an imminent disaster. We need to do something about it now, and we need to pay attention.”

For the uninitiated, humanity cannot survive without birds, without the planetary food chain, without an environment that supports life. The study, acknowledging that birds are indicators of environmental health, signalled that natural systems across the U.S. and Canada are now being so severely impacted by human activities that they no longer support the same robust wildlife populations.

“Declines in abundance can degrade ecosystem integrity, reducing vital ecological, evolutionary, economic, and social services that organisms provide to their environment,” the authors write in their paper published in Science.

The hardest-hit birds live on grasslands and prairies, the study found. A 53% plunge in grassland birds – more than 700 million birds of 31 species, included the loss of 139 million individual western and eastern meadowlarks, two species of large yellow-breasted songbirds with distinctive and clear flute-like songs – vanished since 1970.

The largest factors driving the stunning decline is likely the widespread loss and degradation of habitat, especially due to agricultural intensification and urbanization, toxic pesticides and insect apocalypse. While climate change played only a small role in the loss of birds, with rising seas and more frequent and severe wildfires it would likely become a bigger threat in the years ahead, the scientists warn.

The most exhaustive and ambitious study yet to understand what is happening to avian populations has shocked researchers and conservation organizations. In a statement David Yarnold, president and chief executive of the National Audubon Society, called the findings “a full-blown crisis.” 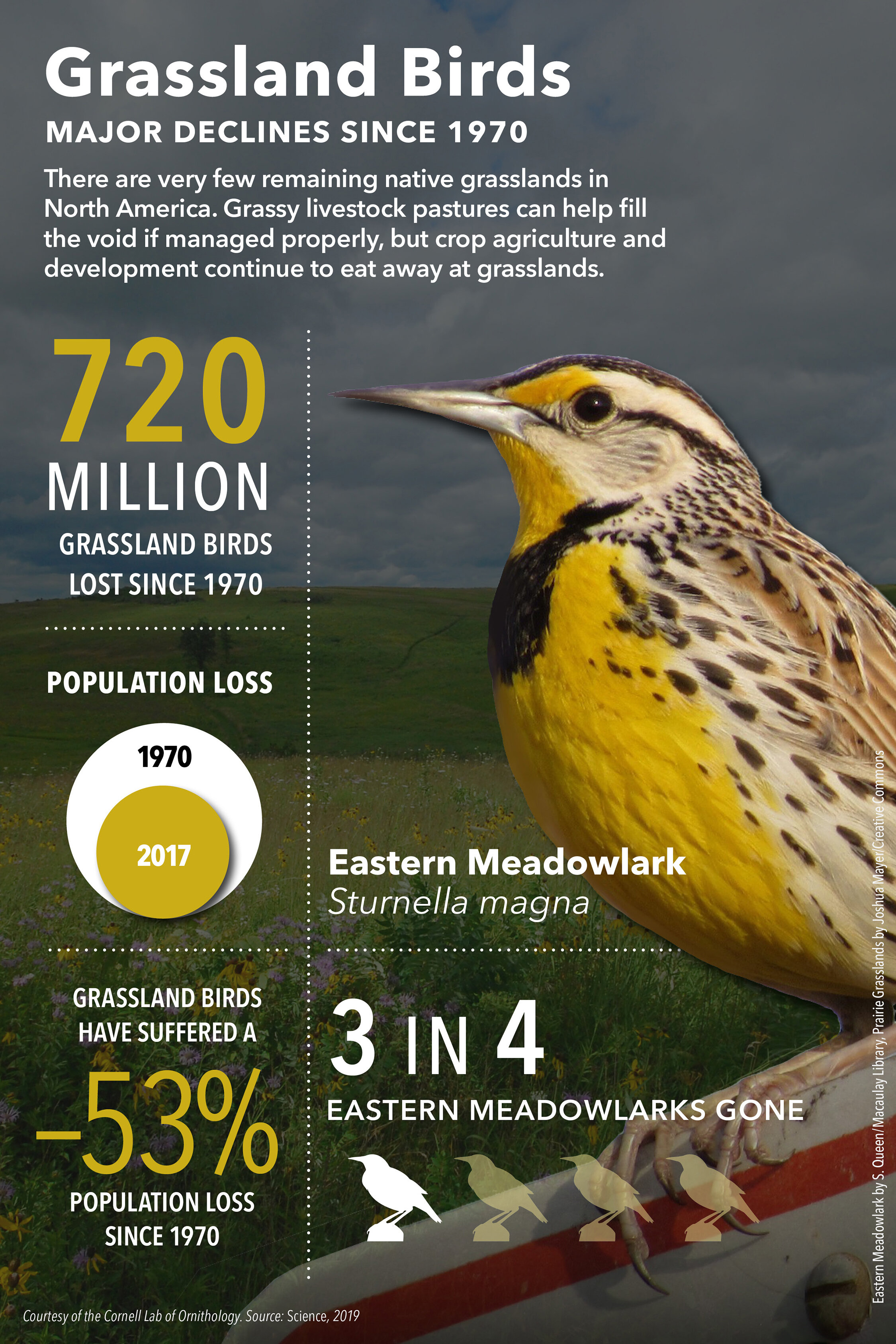 Peter Marra, study co-author and the director of the Georgetown Environment Initiative at Georgetown University, noted:

“It’s imperative to address immediate and ongoing threats, both because the domino effects can lead to the decay of ecosystems that humans depend on for our own health and livelihoods – and because people all over the world cherish birds in their own right. Can you imagine a world without birdsong?

“We can all talk through the stories about there being fewer and fewer birds, but it’s not until you really put the numbers on it that you can really grasp the magnitude of these results. We’re now seeing common species that have declined, things like red-winged blackbirds and grackles and meadowlarks — species that I grew up with, that were very common when I was a kid. That is the most surprising and most disturbing part.”

For the study, 48 years of data was gathered by volunteers who took part in large-scale bird surveys such as the North American Breeding Bird Survey, the National Audubon Society Christmas Bird Count and the International Shorebird Survey. The researchers also reviewed 10 years of data from the National Weather Service Next Generation Weather Radar (NEXRAD), a network of radars able to detect insects and birds as they track precipitation. The radar data corroborated the survey data.