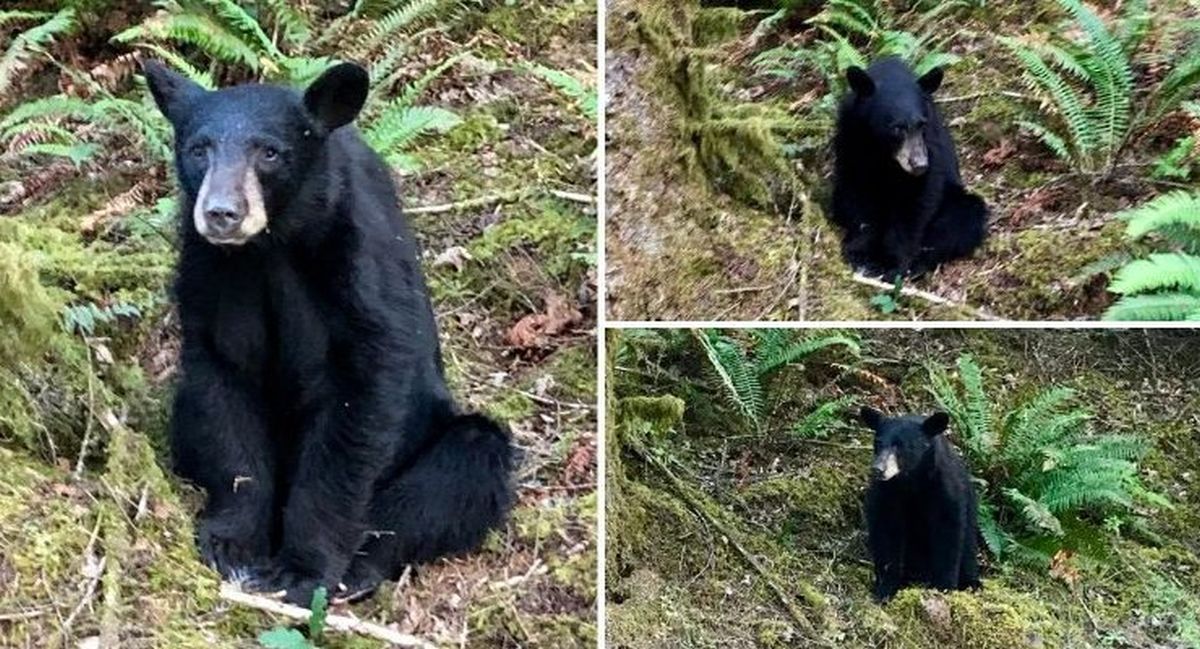 Just when you thought humans couldn’t go lower, wildlife officials shot and killed a baby bear at Scoggins Valley Park in Oregon for being ‘too friendly with humans’, posing for selfies with them, and eating the food they offered or left behind such as trail mix, sunflower seeds and cracked corn.

On June 4, Washington County Sheriff’s Office and wildlife officials at Oregon Department of Fish started receiving calls about the young bear posing for photos with tourists, but were forced to intervene after being informed that the 100lbs bear was drawing huge crowds of visitors to the boating area of the park on June 11.

According to OregonLive, the Washington County Sheriff managed to move the bear back into the woods, only for it to return the next day – as a result, it was shot dead by park rangers.

Deputies are working to get this bear cub near Hagg Lake to go back into the woods… please stay away from the area near Boat Ramp A. pic.twitter.com/tI8m5yTbyk

“This is a classic example of why we implore members of the public not to feed bears. While the individuals who put food out for this bear may have had good intentions, bears should never, ever be fed. It was very clear that the animal was way too habituated. With that information, it was a human health and safety risk, and we had to remove it. It’s never a good idea to feed wild animals. They are perfectly capable of fending for themselves, and it’s always better to leave them alone and enjoy them from a safe distance.”

When news of the bear’s shocking murder triggered anger on social media where people questioned why the cub was not captured and relocated, officials argued since it became accustomed to eating leftovers and too comfortable with human interaction, it could not be relocated as it increased the chances of potentially dangerous encounters in future.

The Washington County Sheriff’s office explained: “This was a tough decision the wildlife experts at the Oregon Department of Fish and Wildlife had to make for the safety of everyone. Relocation wasn’t an option in this case. Humans shouldn’t feed wild bears. It’s a very sad situation.”

Deputy Brian van Kleef of the Washington County Sheriff’s office said: “We’re sad it ended this way. Obviously, no one wants to see a bear get killed, especially its many human fans. But I think it was the human interaction that ultimately led to its tragic end.”

They also warned that feeding bears food that is intended for humans can be very dangerous and make the animal sick. It also reduces their ability and willingness to hunt for the foods they would otherwise naturally be consuming.