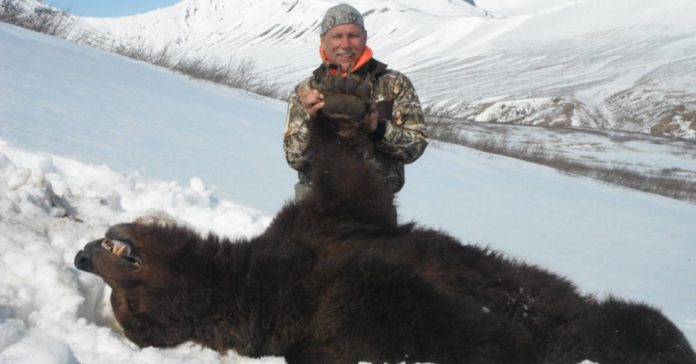 The U.S. Senate has voted 52 to 47 to overturn a law that forbids the hunting of wild animals that are in hibernation.

The regulations enforced by the Fish and Wildlife Service (FWS) were put in place to prevent excessive hunting, protect animals during the hibernation phase, and stop the killing of mothers and their offspring.

Soon we start a new year for bear cubs. Even though we may not be aware, somewhere in a secluded den under the snow a…

Posted by Bear With Us Sanctuary and Rehabilitation Centre for Bears on Monday, January 2, 2017

The new law allows hunters to use unfair practices, e.g. baiting hungry bears with food to shoot them at close range, and entering wolf and bear dens to slaughter entire families.

It also removes the prohibition on hunting from the air (shooting animals from an airplane or helicopter).

All of these hunting methods were formerly banned.

Sow (female bear) and cubs back in the den after being tagged.For more info read our post on bear tagging from Spring 2016: https://www.facebook.com/NYSDEC/posts/10154161780805956?match=YmVhcixjdWI%3D

Posted by NYS Department of Environmental Conservation on Friday, April 8, 2016

“What the Senate did today should outrage the conscience of every animal lover in America,” stated Wayne Pacelle, president of the Humane Society of the United States (HSUS).

The protective measures were enacted during the previous administration.

The new U.S. administration has left the most vulnerable creatures in the country almost completely unprotected.