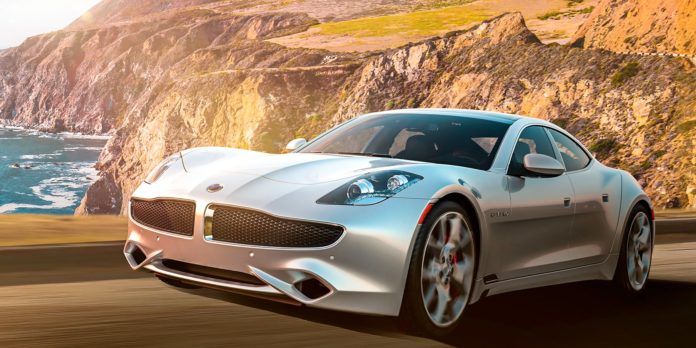 Despite its familiarity, Tesla was not the first electric vehicle producer, and it will not be the last.

Not if Henrik Fisker of Fisker Automotive (the original company filed for bankruptcy in 2013 after delivering just 2,450 of the above-pictured flagship Fisker Karmas…Car-mas… it has since restructured as Fisker Inc), one of the earliest manufacturers of plug and charge type electric vehicles, has his way.

Tesla has made a major bet on thin-film lithium batteries, sinking huge gobs of capital into the construction of its Gigafactories which specialize in mass producing these things. The problem is that these factories could soon be made obsolete with the advent of a new type of battery that, according to Fisker, could have an energy density 2.5 times that of lithium batteries. Unbelievable? That’s not even the tip of the iceberg of implausible claims because, according to Fisker, these electric vehicle batteries could also be charged in less than a minute.

Fisker’s claims are a little hard to believe (the sheer amount of power required to charge that baby in a minute would be fairly dangerous, to say the least), but it has already filed patents for solid-state batteries of a particular electrode structure that could imbue its batteries with these incredible specifications.

It also expects to be able to begin mass production of these batteries by 2023, though it isn’t the only car company with its eyes set on the next-gen technology.

This video by Seeker gives an excellent explanation for a type of solid-state battery technology pioneered by John Goodenough:

It is unknown how different Fisker’s tech is to Goodenough’s or if any of the above is really going to replace Tesla in the near future, but it can be agreed that solid-state is the next leap forward for battery technology.