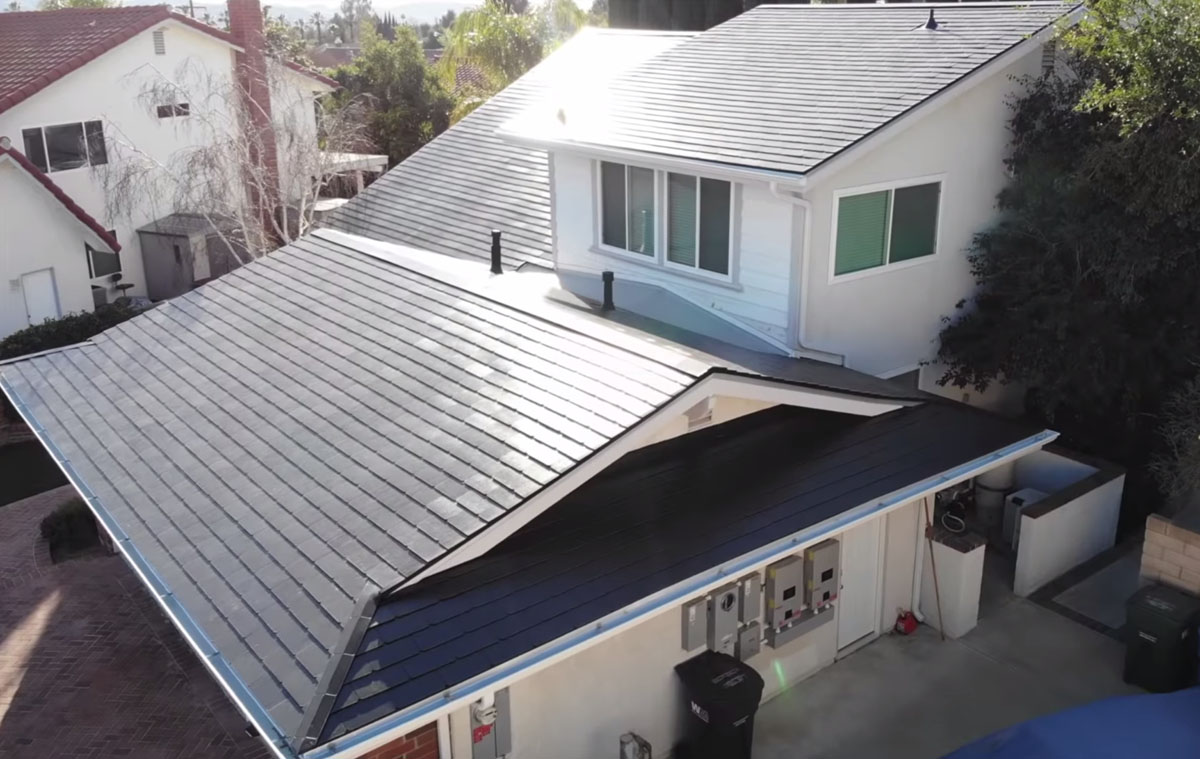 Tesla CEO Elon Musk, speaking at Tesla’s annual shareholders meeting recently, divulged the details about the third version of its Solar Roof, which he says will be cheaper and better than a shingle roof and a utility bill.

Because of production delays, installations of Tesla’s Solar Roof tile, which was launched in 2017 and expected to start mass production and installation in 2018, have been limited to the homes of a few Tesla executives only.

Insisting that they had difficulties doing accelerated testing on the roof but they now feel more confident, Musk said that they had to make some changes to the product in order to make sure it will last for 30 years without needing a replacement. He explained:

“We are about to complete version 3 of the solar roof. This is actually quite a hard technology problem, to have an integrated solar cell with a roof tile, have it look good, and last for 30 years. I am very excited about version 3 of solar roof. We have a shot at being equal to a comparable shingle roof plus someone’s utility cost being lower than that. That’s one of the cheapest roofs available. So, you can have a great roof with better economies than a normal fairly cheap roof and your utility bill.”

Two years ago, a typical homeowner would have to pay $21.85 per square foot for a Tesla Solar Roof. With the new Solar Roof V3, which comes with a lifetime of the house warranty and 30-year power generation guaranty, Tesla estimates that it will be cheaper than a non-solar tile roof of a similar style or virtually pay for itself through electricity savings.

For the uninitiated, a shingle roof can cost as little as $4 per square foot while a non-solar tile roof can cost up to $20 per square foot. If Musk could bring the cost down to match that of a shingle roof, it will be a game changer for the average consumer who does not have access to solar technology, but is going to replace their roof at some point anyway. It will, therefore, make an impact on the home building industry in a great way.

If Musk is saying that he can bring the cost down to match that of a shingle roof, that is a significant reduction in price. If he is able to bring this price to market it would be a game changer for the average consumer who does not have access to solar technology, but is going to replace their roof at some point anyway.

According to an estimate released by the International Energy Agency, solar will be the world’s primary source of energy by 2050.

This is good news, but that number may seem far off to some people, considering that solar energy currently represents less than 1% of the energy market.

Recent breakthroughs in solar technology are making it more efficient and cheaper to extract energy from the sun, which in turn, is making this technology more available to the average person.

Solar power is unlike most other energy resources because there is a limitless supply. This limitless supply of power could actually cause energy prices to drop so low that anyone could afford it. Like all technology, the technology to harness electricity from the sun will continue to become cheaper as it is developed and perfected.

A new type of solar panel could make the technology even more plausible. The new High Concentration PhotoVoltaic Thermal (HCPVT) system, developed by researchers at IBM, actually performs far better than the conventional solar panels on the market today. According to engineers, the new solar system can magnify the sun’s energy by 2000-5000 times.

The system works by using hundred of incredibly small solar cells, which are constantly cooled, allowing them to generate more energy than regular panels.

Traditional solar panels have problems with absorbing all the energy that is available, and are only able to take advantage of a small percentage of the energy that is within physical reach. This new design is able to collect far more energy, without wasting the excess.

The Swiss Commission for Technology and Innovation has offered a $2.4 million grant to help with the development of this project, and the researchers hope that this technology could someday power the world for free.