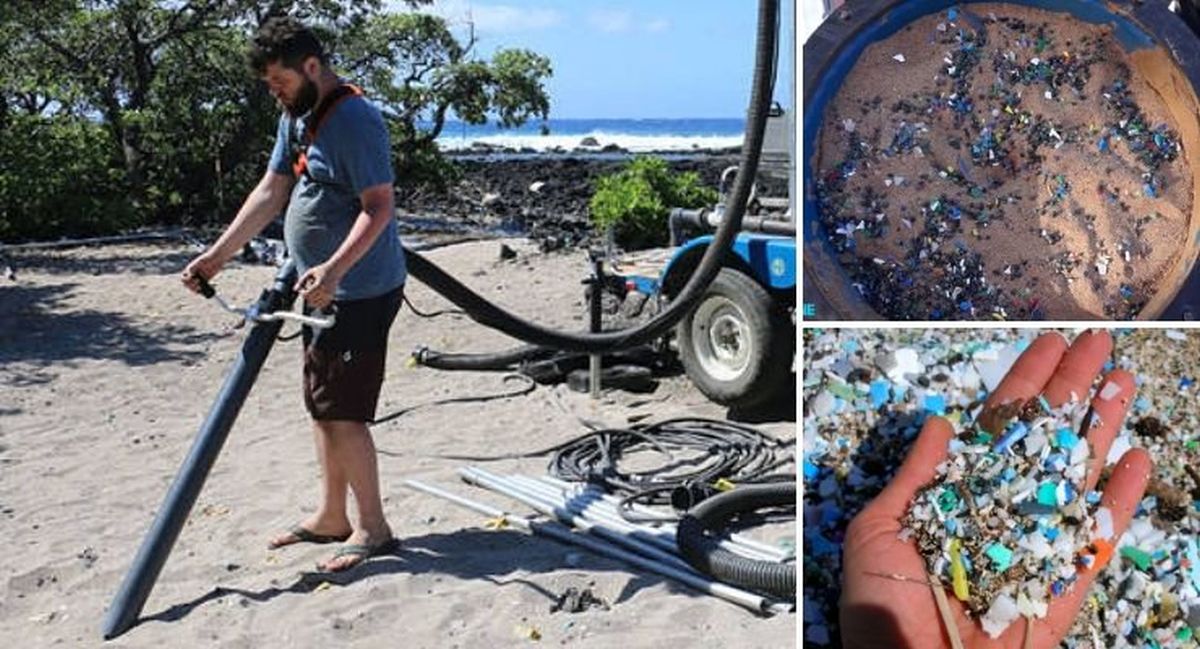 Apparently, the world’s oceans are clogged with the equivalent of five grocery bags full of plastic trash on every 30 centimetres of every nation’s coastline around the globe.

To help clear the millions of tiny microplastics that are nearly impossible to sift from the sand, a group of 12 mechanical engineering students from the University of Sherbrooke in Quebec have developed Ho’ōla One – a vacuum cleaner that uses a handheld hose to suck up tiny plastic pieces and sand before dumping it into a huge water tank. As the sand sinks and the plastic floats, the giant machine returns the clean sand to the beach. 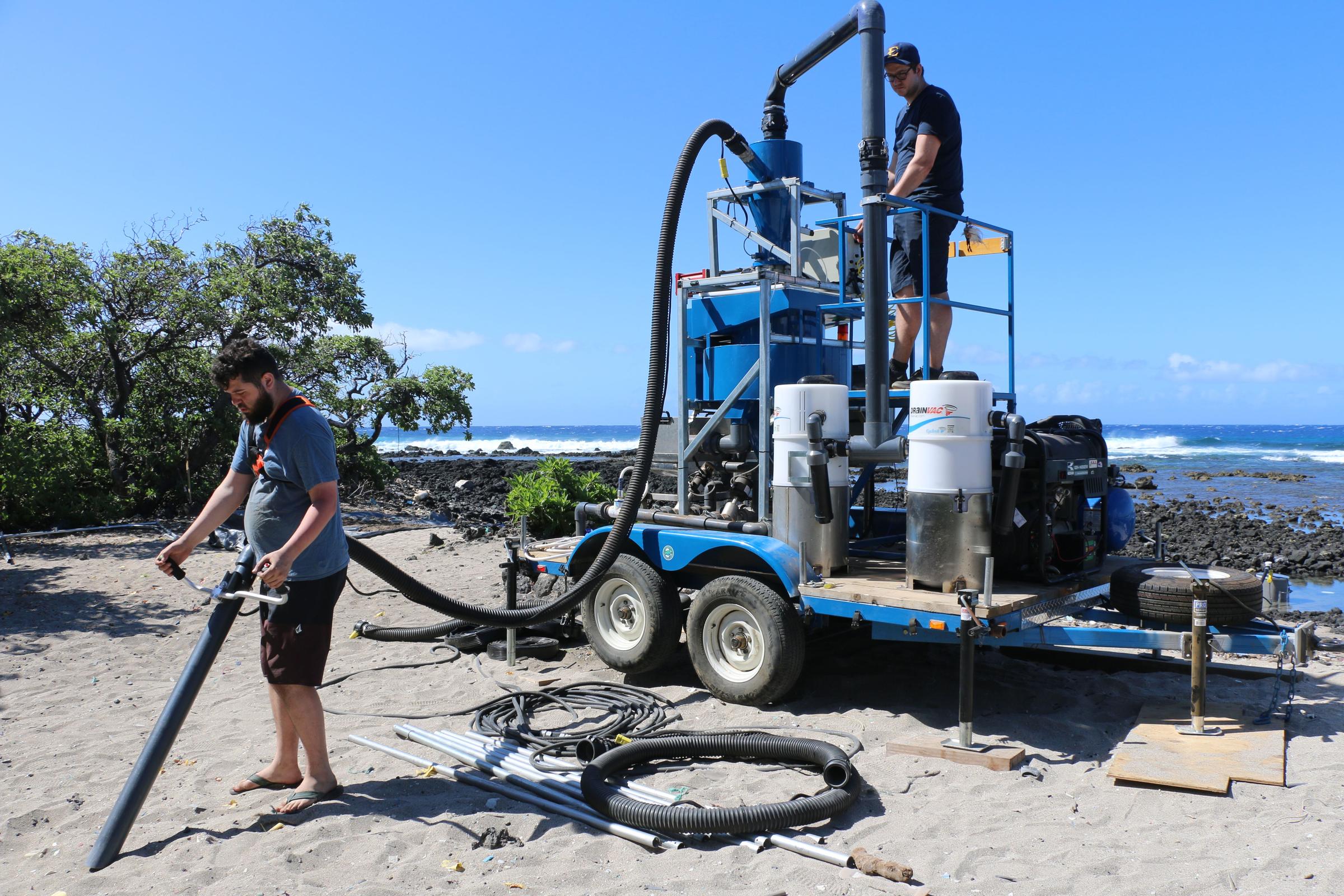 Sam Duval, one of the co-founders of Ho’ōla One Technologies, told Hawaii Public Radio that he and his classmates were inspired to build the vacuum cleaner after watching a video of Kamilo Beach – one of the dirtiest beaches in the world – on the southeast coast of Hawaii’s Big Island.

“We did some research and we realized there was no machine around the world to do this kind of job,” Duval said. “So, we told to each other, ‘we will invent it,’ and we did it.”

“We are all happy to have made something that can help not only Hawaii, but I think the world,” project member Jean-Felix Tremblay added.

Ocean currents shove tons of trash onto Kamilo, 90% of which is plastic and other garbage from the Great Pacific Garbage Patch. As a result, the plastics leach carcinogenic toxins and chemicals into the marine environment, with plastic debris endangering—and ultimately killing—marine wildlife.

The Sherbrooke students raised $50,000 to build the machine. It took them two years to perfect the prototype. The team now hopes to raise money from both public and private sector organizations in order to build other versions of the machine, including smaller vacuums.