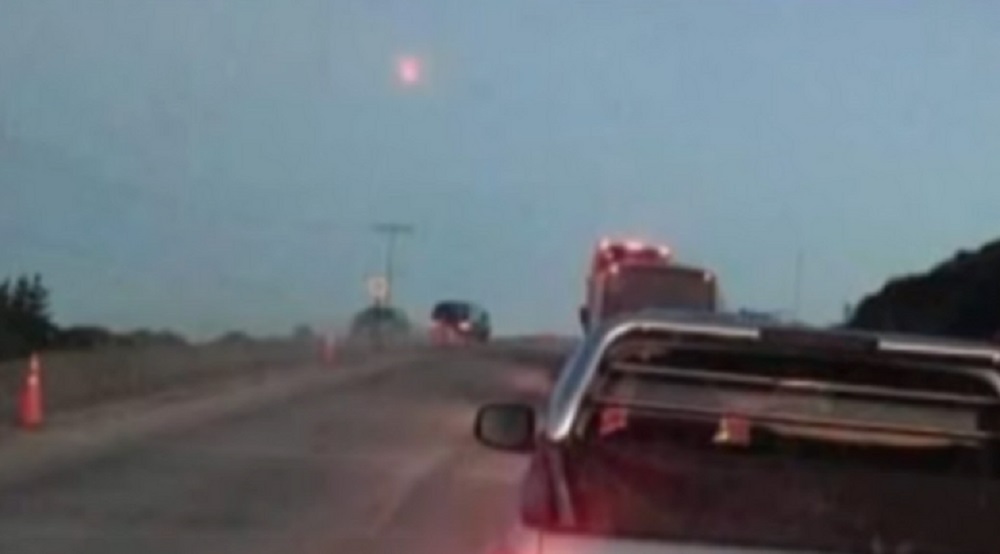 Typically when one hears about flaming, bright objects falling from the sky, one comes to a very simple conclusion—it must be a meteorite, burning as it falls through the Earth’s atmosphere.

However, last week in the south of Chile, residents on the island of Chiloe were shocked when a fireball plummeted all the way down to the ground, starting a number of fires, CNET reports.

Local property owner Bernardita Ojeda was among the residents impacted by what many assumed was a meteorite when a brush fire was sparked by the burning object.

However, on Saturday, officials from the country’s National Geology and Mining Service (Sernageomin) reached the preliminary conclusion that the object could not have been a meteorite—for the simple reason that no evidence of any form of space rock could be found where the fires were started by the “luminous and incandescent object in the sky that fell in that location.”

In a statement, the agency wrote:

“Once in the Dalcahue area, geologists went to the site to examine the area of ​​the supposed impact. They worked at seven points corresponding to the burnt bushes, where they found no remains, vestiges or evidence of a meteorite falling.

Likewise, and as part of the investigation, they interviewed local residents, who said they had not seen the fall of the supposed object or heard noises associated with the fall of a body of this nature.

Preliminarily, professionals are ruling out the fall of a meteorite in this sector and, therefore, that the cause of burning thickets, has corresponded to that situation.”

So if Chile’s authorities are ruling out a meteorite, what could the falling heavenly body possibly be?

As CNET correctly notes, these are by definition, UFOs:

“Technically, we’re talking about unidentified flying objects. Yes, UFOs. Although nothing big or well-piloted enough to reopen The X-Files for, it would seem.”

So this definitely wasn’t a flying saucer, if only because then we’d have some alien technology lying around, perhaps. Then was it a bit of litter that escaped the near-to-low-Earth orbit, a zone of space that’s known to be teeming with “zombie” satellites, shards from rockets, and all sorts of other debris left behind by the world’s space agencies?

“Since the Soviet Union launched the first satellite, Sputnik, in 1957, the number of objects in space has surged, reaching roughly 2,000 in 1970, about 7,500 in 2000 and about 20,000 known items today. The two biggest spikes in orbital debris came in 2007, when the Chinese government blew up one of its satellites in a missile test, and in the 2009 Iridium–Cosmos collision.”

In this case, a bit of flaming space junk appears to be the most plausible scenario, and one that leading Chilean astrophysicist Jose Maza told to national broadcaster TVN.

“In parallel, geologists collected soil samples for a more thorough and detailed analysis in the institution’s laboratory. Final conclusions will be announced in the coming weeks.”

We wouldn’t be surprised if geologists manage to find small bits of metal and other human-manufactured bits of garbage, be it from old rocket boosters or from the hundreds of dead satellites spinning around our planet. And luckily, space debris very rarely hits the ground—although this may well have been an exception to the rule. Three Supermassive Black Holes Are About to Collide in Deep Space102.9K Views Young Woman Rescues a Wounded “Dog” on the Streets, Finds Out It Was Wild Coyote33K Views We’re About to Find Life on Mars but the World is “Not Prepared,” NASA Scientist Warns29.3K Views 29 Quotes by Keanu Reeves That Will Give You a Different Perspective on Life18.2K Views Man Flies to California, Sets 13 Wildfires Near the Bay Area, Then Tries to Fly Home11.3K Views