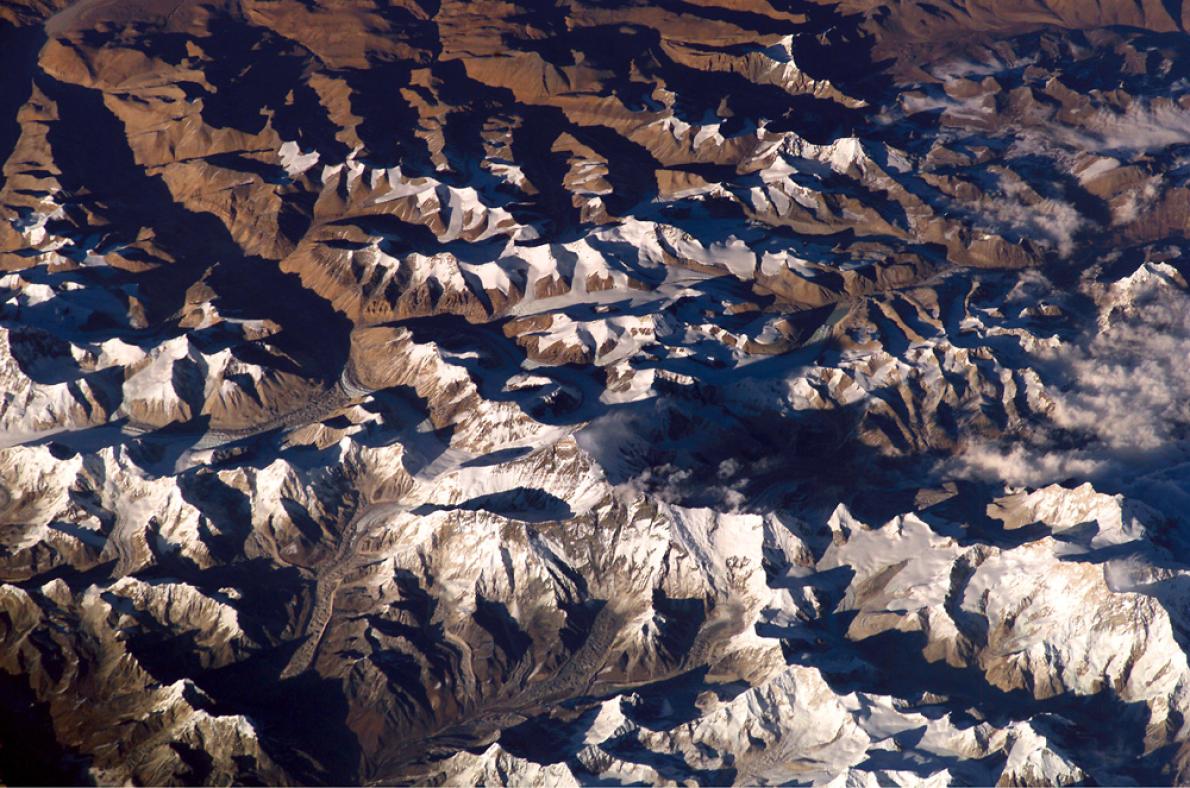 So far, we have been taught to believe that the earth has four layers: the outer crust that we live on, the plastic-like mantle, the liquid outer core, and the solid inner core. Now, this simplistic description of the earth is set to change: scientists have found rugged mountains bigger than Mount Everest deep inside the earth.

In an effort to fill significant gaps in our understanding of what lies beneath our feet, scientists used seismic wave data captured during the 1994 Bolivia earthquake to scan our planet’s dynamic inner landscape and were able to catch a glimpse of a subterranean mountain range with peaks that may rival the Himalayas hundreds of miles below our feet.

“Because we’ve been able to observe so much already, people think we’ve made most of the first-order discoveries and that everything else is adding details to the fundamental discoveries,” says Christine Houser, a global seismologist at the Earth-Life Science Institute at Tokyo Institute of Technology. “But as this study shows, we’re still capable of making fundamental discoveries of the interior of our own planet.” 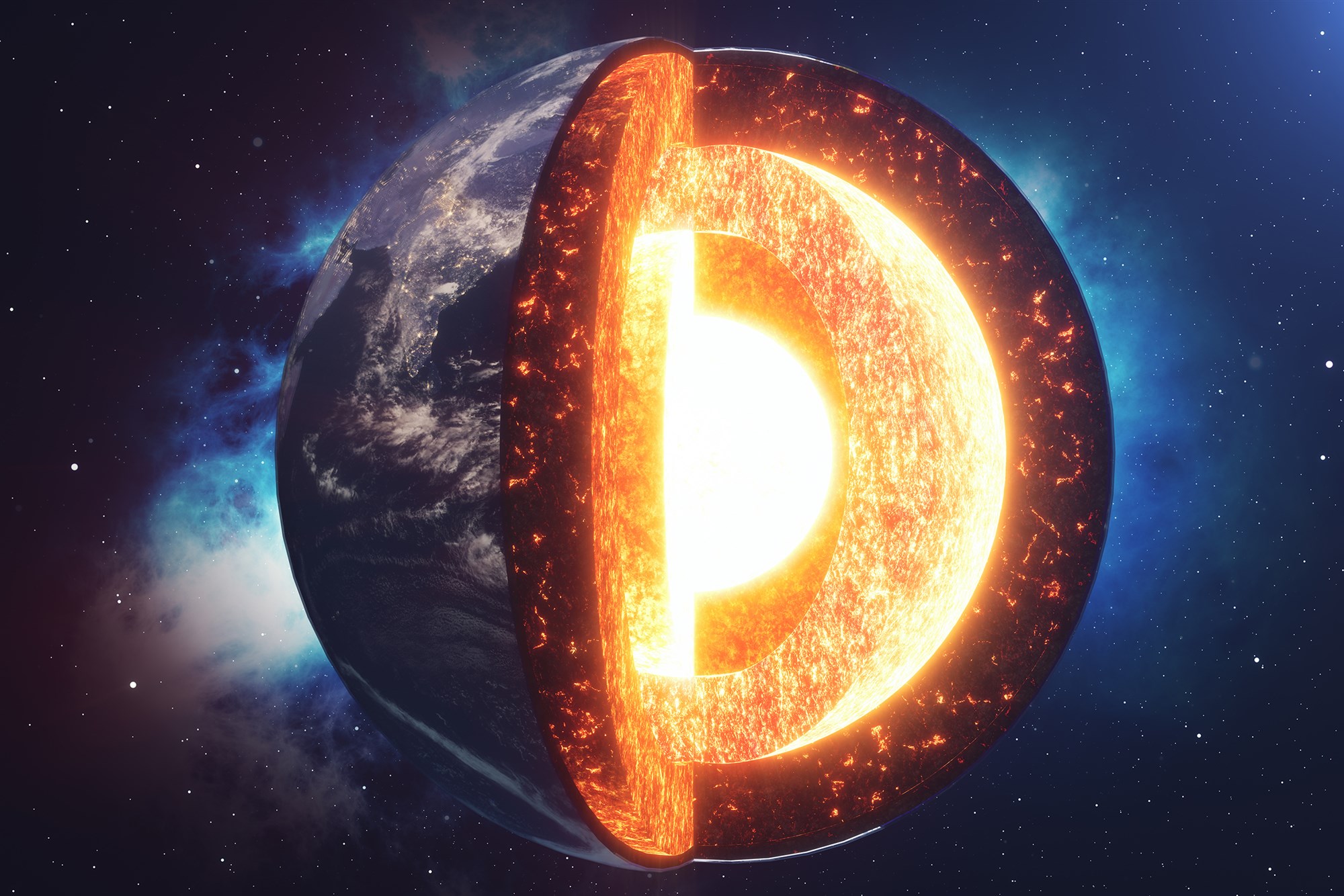 Earth’s mantle, scientists found, looked like an onion, with major transitions 250 miles and 410 miles down. At 410 miles from the surface, they identified a tremendous interior mountain range that offers exciting new clues to why our planet is a chemical oddball. The scientists note:

“We found a surprising amount of topography at short length scale along the 660-kilometer boundary in certain regions using scattered P’P’ seismic waves. Our observations required chemical layering in regions with high short-scale roughness. By contrast, we did not see such small-scale topography along the 410-kilometer boundary in the upper mantle. Our ﬁndings support the concept of partially blocked or imperfect circulation between the upper and lower mantle.”

The picture that has emerged is far different from the standard yellow and red layers seen in most earth diagrams; much of the upper mantle likely sparkles with vibrant green olivine, while more dark rosy garnets mixed with blue minerals twinkle above the boundary 410 miles down, and earth-toned bridgmanite sits below. 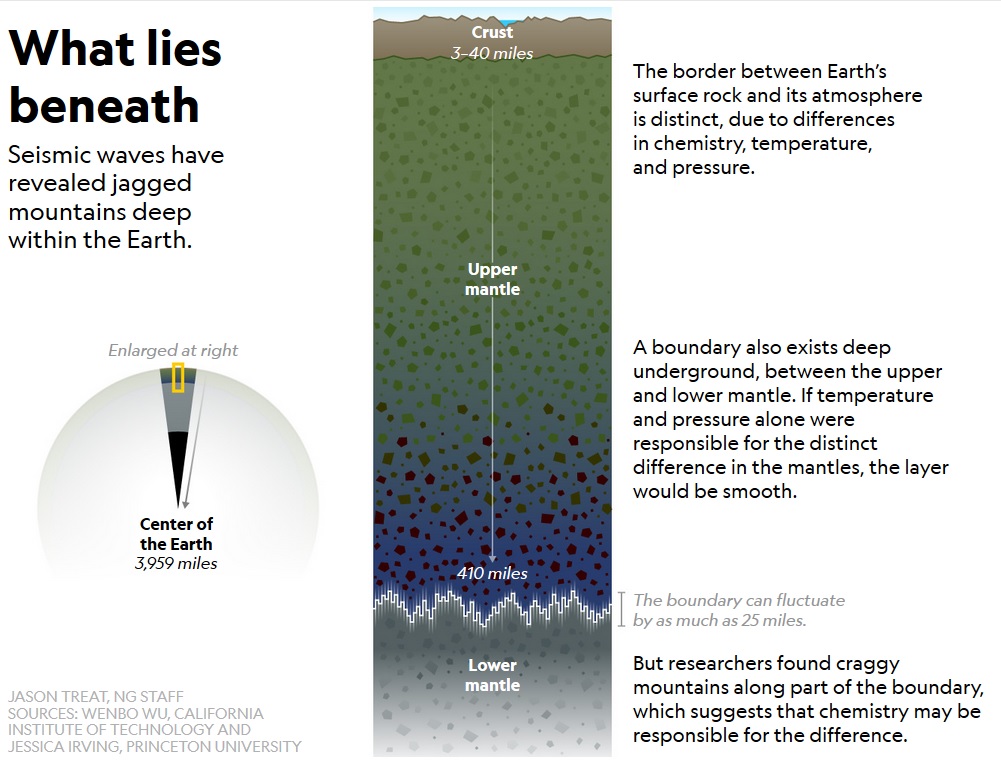 “We need big earthquakes to allow seismic waves to travel through the mantle and core, bounce off the 660-kilometer discontinuity, and travel all the way back through the Earth to be detected at the top of the crust,” Jessica Irving, a geophysicist at Princeton University and an author of the study, told Motherboard.

According to lead author Wenbo Wu, while the statistical model of the study could not pinpoint exact heights, there is “stronger topography than the Rocky Mountains or the Appalachians” at the boundary. Irving added:

To peer into Earth’s innards Wu and his team turned to the reverberations from really big earthquakes. These earthquakes dug up some surprising information: Some regions of the boundary where the deep mountains reside are remarkably rugged, with towering crags rising from the flanks of the subterranean peaks. National Geographic explains:

“The ruggedness could be a graveyard for rocky slabs that descended from the surface at subduction zones, where one tectonic plate gets shoved beneath another. As a slab sinks down, pieces eventually break free and continue their slide into the deep. But, it seems, some may get hung up 410 miles down, and the piling up of these slabs might be what creates the rough, craggy part of the boundary zone.”