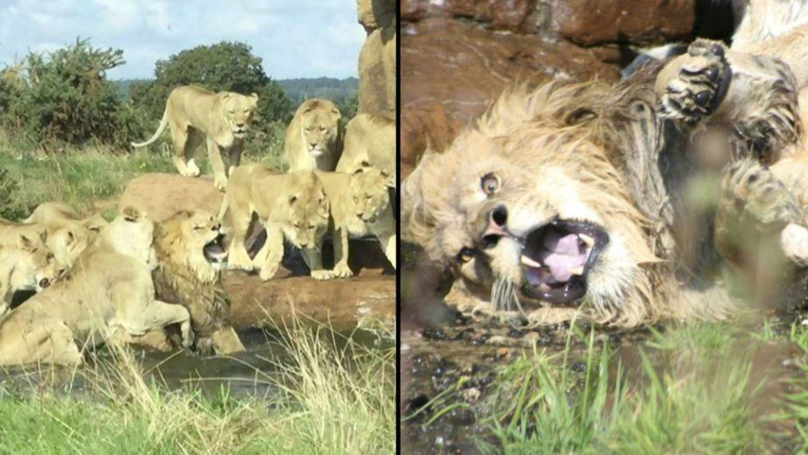 At West Midland Safari Park, a surprisingly natural environment for lions located in Bewdley in Worcestershire, England, a video was recently captured of a group (pride) of female lions brutally attacking a lone male lion.

Amateur photographer Mya Beverstock, 19, captured it on film on Wednesday as she rode around the safari park with her parents. Around 11:45 am, she took notice of a pride of female lions starting to surround the male.

Then, “out of the blue,” they just pounced on their fellow animal, viciously.

According to Lad Bible:

“It looks like some sort of deleted scene from The Lion King, but this is actually the terrifying moment a gang of lionesses viciously attacked the male of the pride in a bid to kill him off in front of horrified visitors at a British safari park. In fact, it’s depicts the classic Disney film more than we’re giving it credit. The male lion is Mufasa (obviously), the jealous females are a concoction of Scars, and Zazu – the red-billed hornbill – is played by the staff attempting to save the lion.”

Warning, if you empathize with animals there’s no reason you need to watch this video or see the photos about to follow.

Somewhere around nine female lions ruthlessly sank their teeth into the one male. Thankfully he probably survived the ordeal, though he was covered in bite marks and cuts. 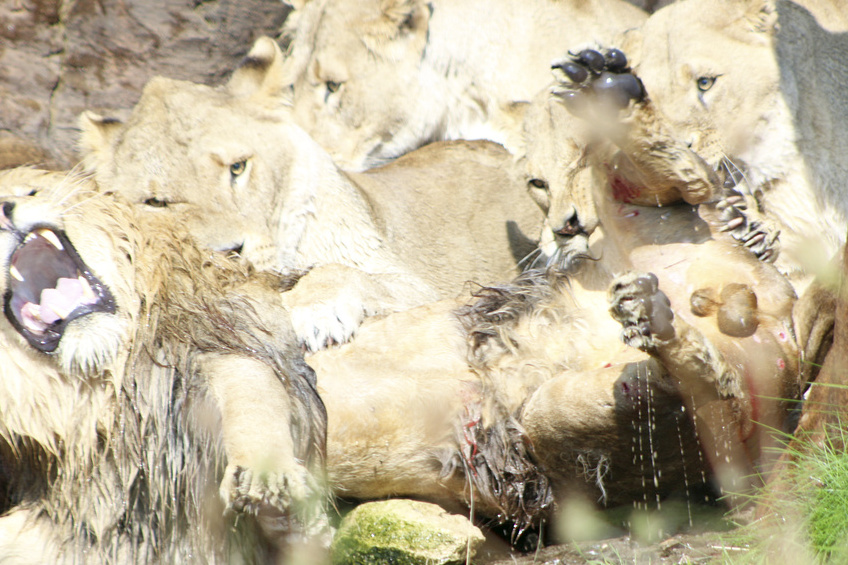 Keepers who maintain the park quickly arrived upon the scene, and intervened with fire extinguishers to make the lions disperse. 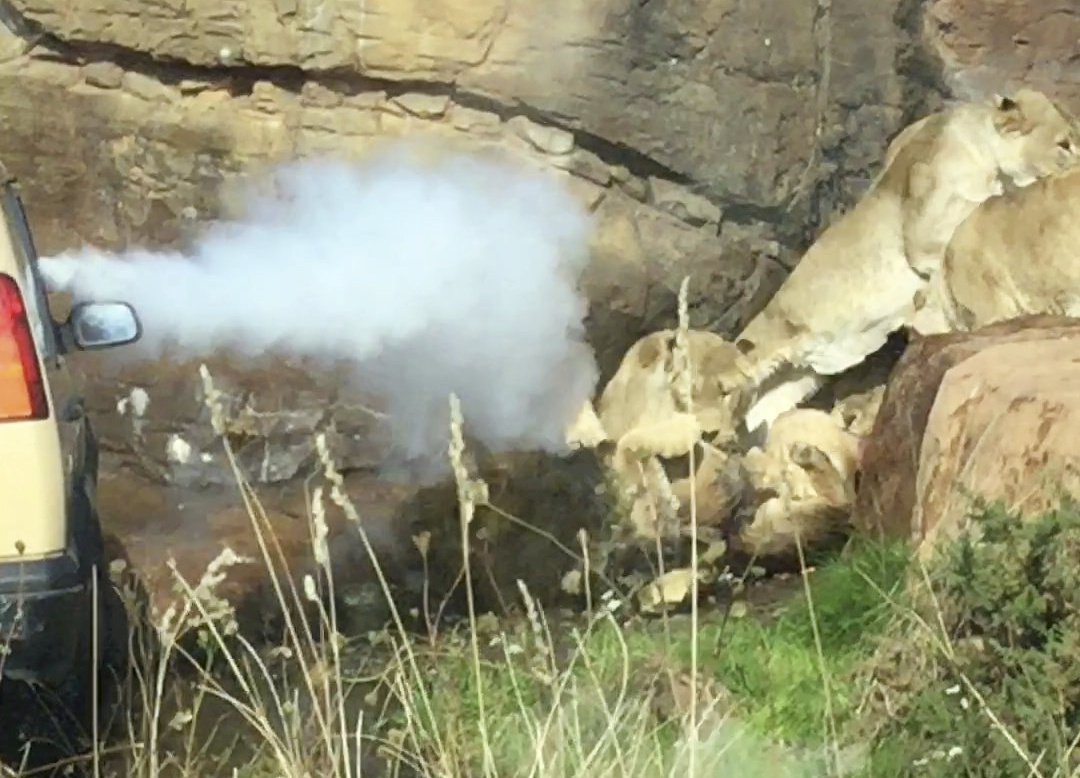 The social order within a pride of lions seems to be quite brutal at times. They aren’t certain why the female lions attacked the male, but apparently female lions in the wild may take the life of an elderly male if they believe he’s no longer strong enough to lead the pack: how insane is that?

“We had been sat there for a few minutes when we noticed these two male lions sitting on top a rock growling at something down below.

We drove around a little bit and I noticed these female lionesses surrounding a male. All of a sudden they just pounced. They were biting at his back legs and his neck and pinning him to the ground, it looked really vicious and you can see in his eyes he thought he was going to die.

Within a flash, safari jeeps were there surrounding the lionesses. There were three vehicles, one was honking its horn while another sprayed an extinguisher. There could be any number of reasons why they were attacking him. It could be that they thought he was too old to be their leader or it could have been over food.”

Lions may be like giant cats, but the pack-mentality they exhibit is similar to wild dogs or wolves.

“He could have tried it on with one of the females, who knows, but they looked angry and pounced as if they are going in for the kill. It was incredible to watch the king of the jungle looking so vulnerable. In the photos you can see him almost pleading for help.

He had bite marks and cuts on his back legs, he was pretty messed up. Its something you’d be lucky to see in Kenya, yet alone a British safari park. You could see car windows going up and almost hear doors locking as it happened, it was just really intense to watch and listen to the roars.”

This of course happened in a man-made environment with imported lions, but did you know lions once occupied Europe to some extent as well?

“We went back around later in the day and the females were nowhere to be seen. So they must have ushered them all indoors to protect the three males.

It was quite an experience which really took your breath away. I never expected to see anything like that. You could see the terror in his eyes.”