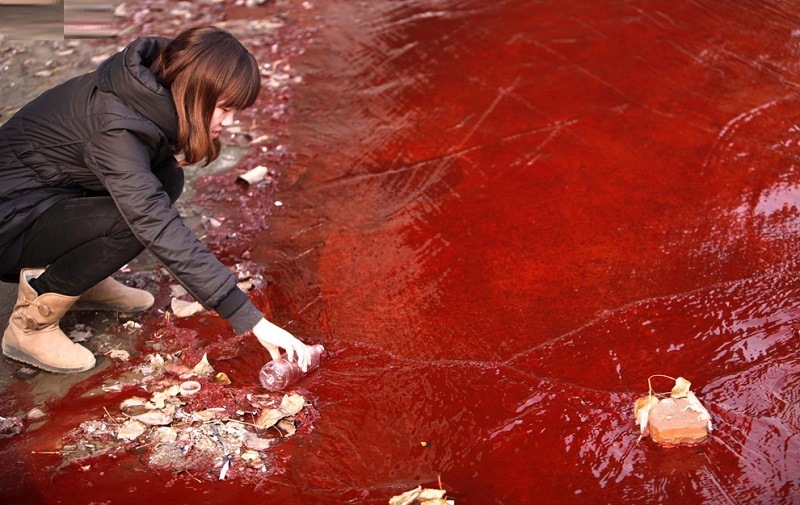 From skies shrouded by filthy layers of gray smog and smoke, to the trash-strewn Great Wall of China, to oil and garbage-filled rivers; China is paying a heavy price for being the world’s largest supplier of goods, forcing millions of its residents to seek refuge behind surgical masks.

According to a report published by Global Burden of Disease Study, air pollution in China was a contributing factor to 1.2 million premature deaths in 2010, almost 40% of the global total! In 2013, in Beijing alone, levels of dangerous particles less than 2.5 micrometres across, known as PM2.5s, were 22 times what the World Health Organization considers safe.

China has had to declare ‘war on pollution,’ as rates of environmental toxicity crossed the danger threshold – authorities have introduced emergency measures to thin traffic and shut down polluting industries. The State Council approved 10 anti-pollution measures aimed at reducing emissions from the industries which contributed to the country’s stupendous economic growth.

Cutting emissions per unit of GDP in key industries by at least 30% by 2017 is one of the main objectives, alongside curbing the growth of high-energy consumption. To help tackle the environmental danger, Beijing has also promised to focus more on solar energy.

Despite these measures, pollution in China remains largely unchecked and as a result the country contains some of the dirtiest air in the world, home to polluted, unusable waterways, as well as swaths of garbage-infested land. These shocking photos reveal how bad China’s pollution problem has become… 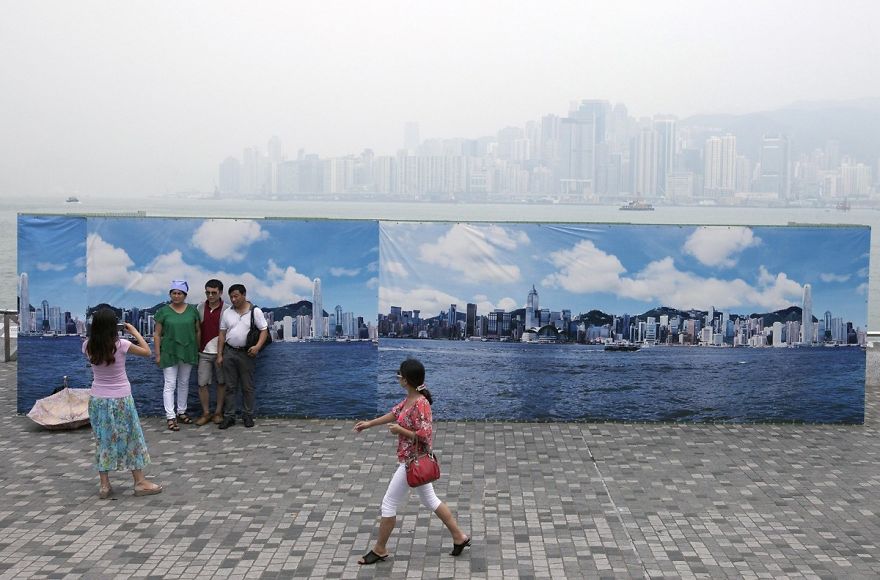 2. A man looks at a contaminated river in Cangnan County of Wenzhou, Zhejiang province. 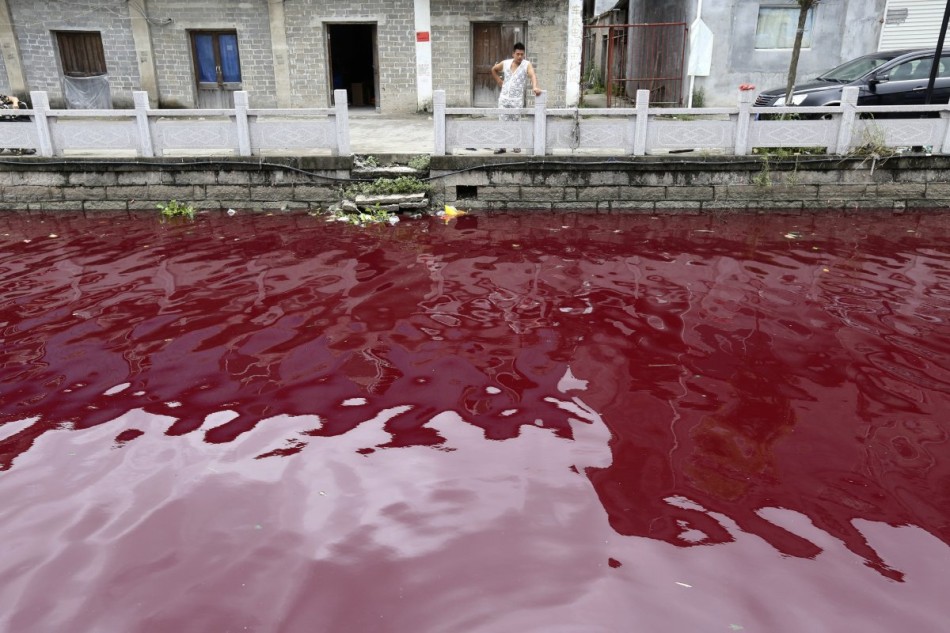 3. THIS is THE Great Wall Of China. 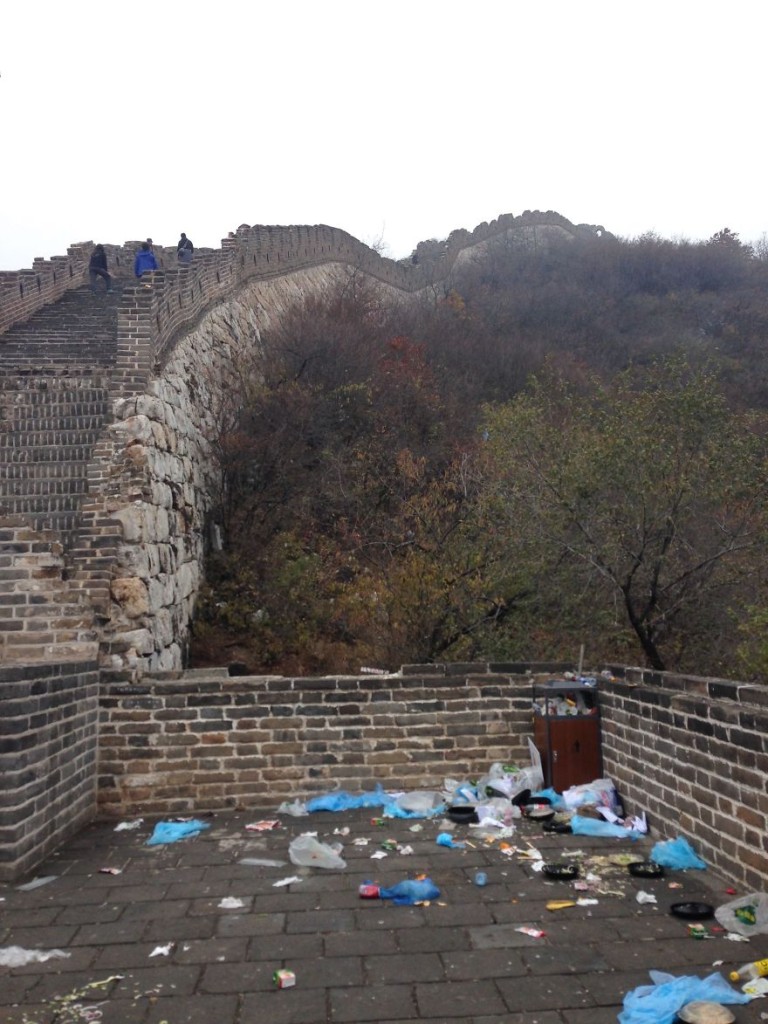 6. A resident walks on the banks of a polluted river filled with dumped garbage. 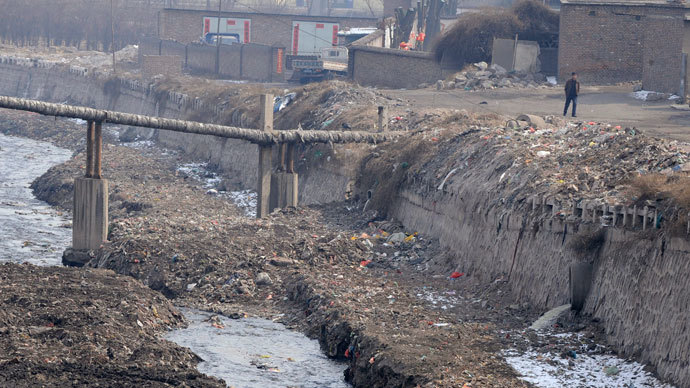 7. A child drinks water near a stream in Fuyuan county. 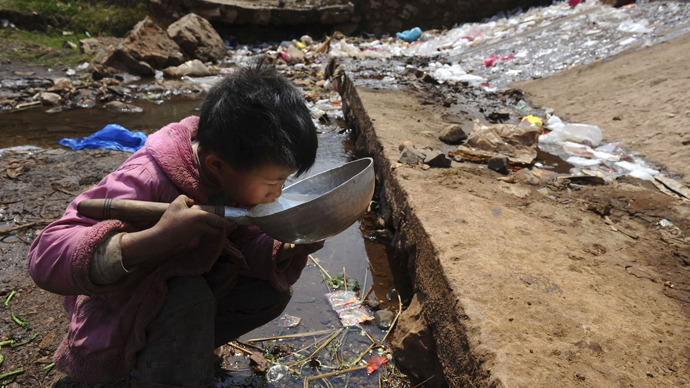 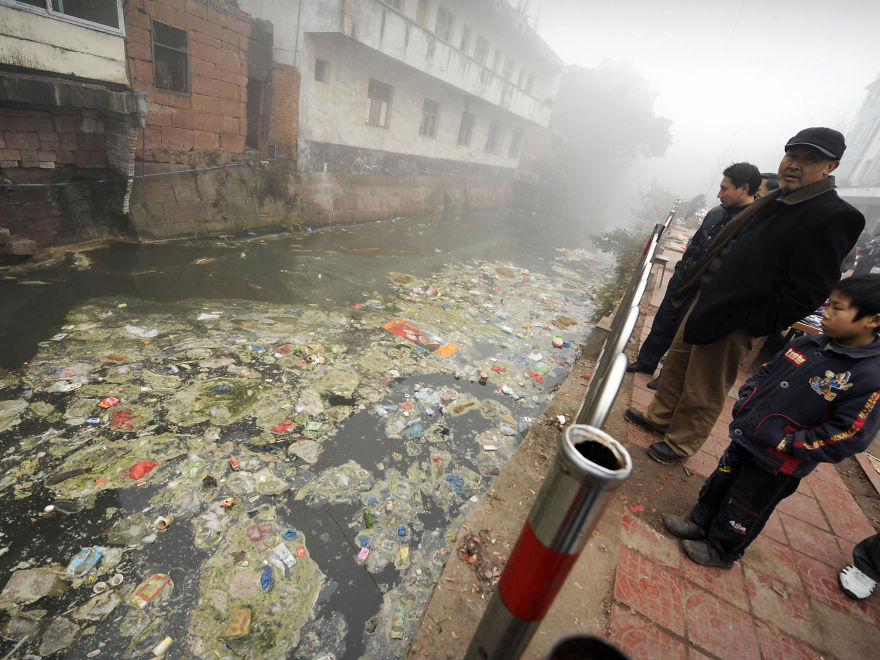 9. A polluted river in Wenzhou in Zhejiang Province. 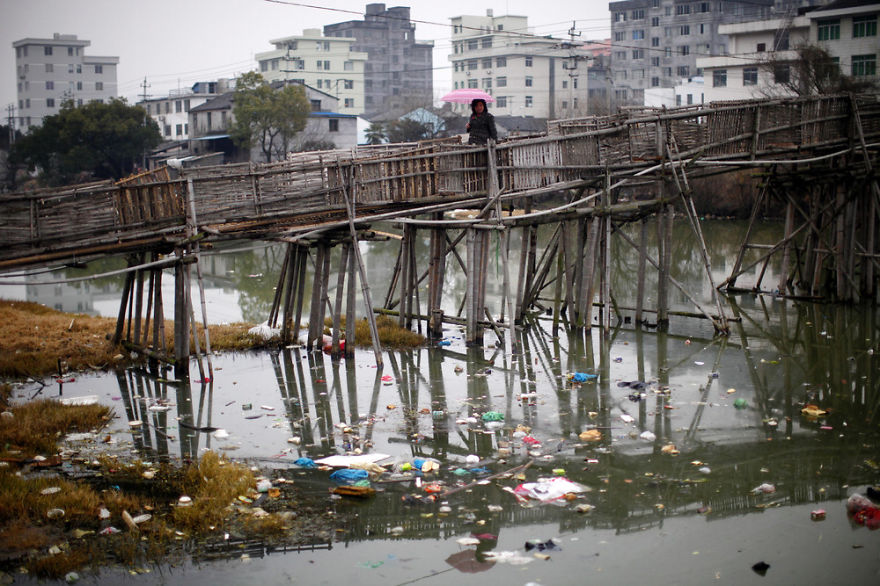 10. A child jumps over trash at a village in Jiaxing. 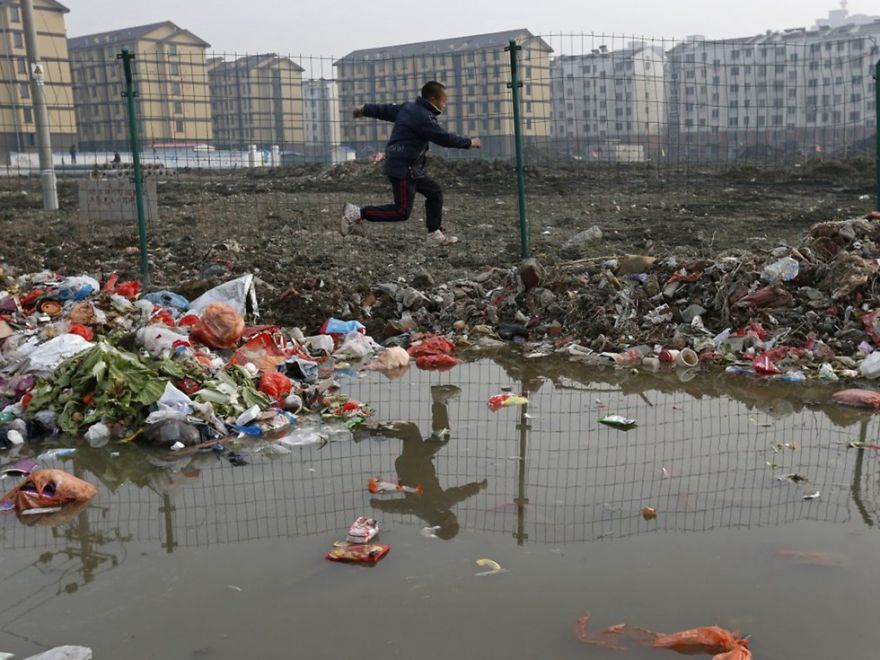 12. A factory in Yutian, 100km east of Beijing, fills the air with toxic chemicals.

14. A child swims in a polluted river filled with garbage. 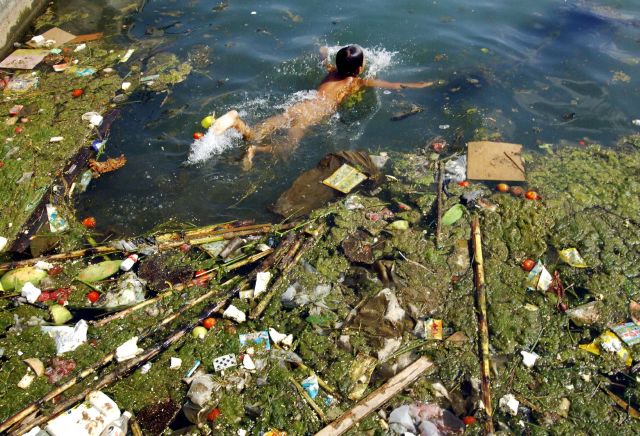 15. The Great Wall Of China, once again… 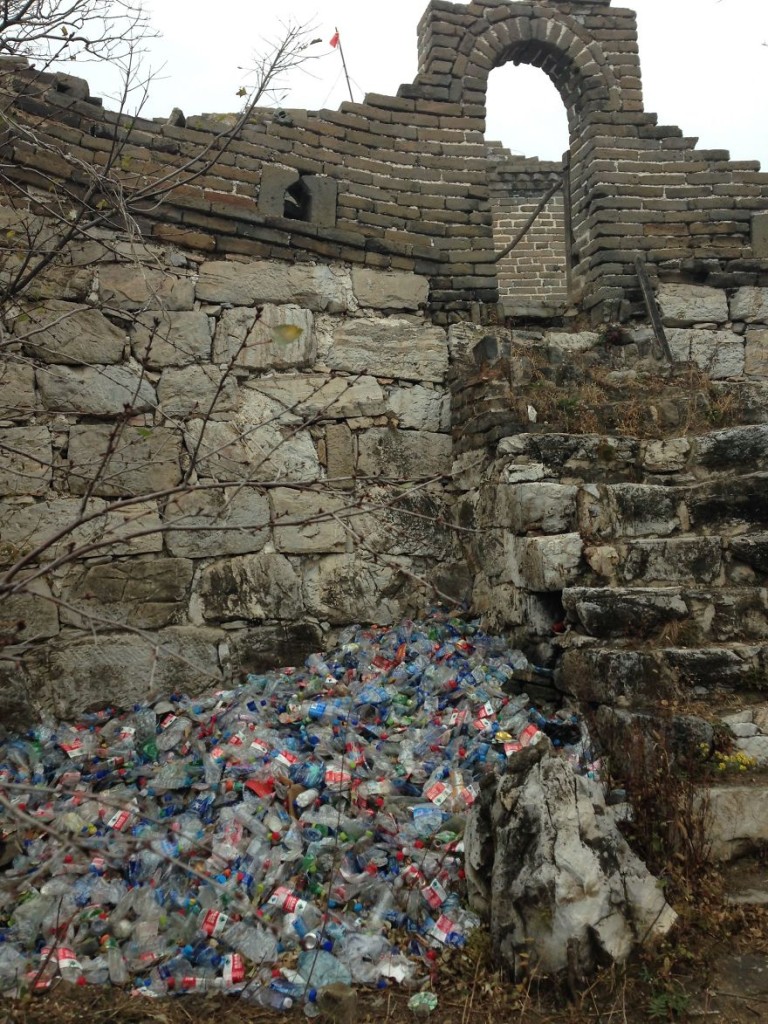 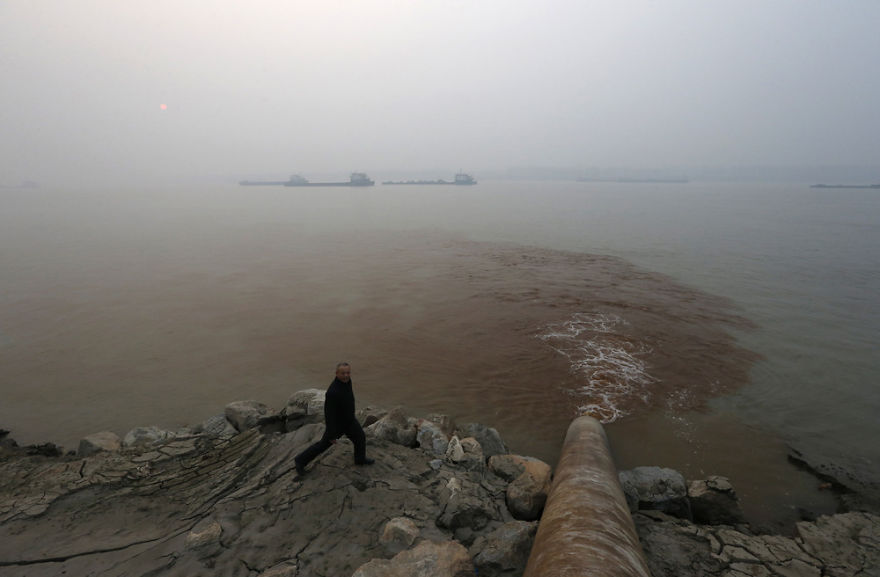 17. A woman wearing a mask walks through a street covered by dense smog in Harbin, northern China.

18. Fishermen walk through the muddy bottom of a polluted canal in central Beijing. 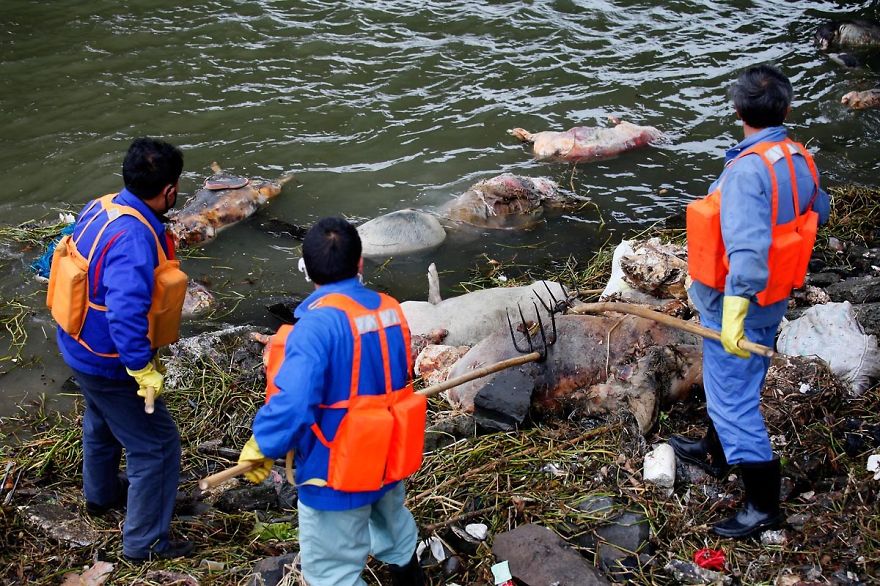 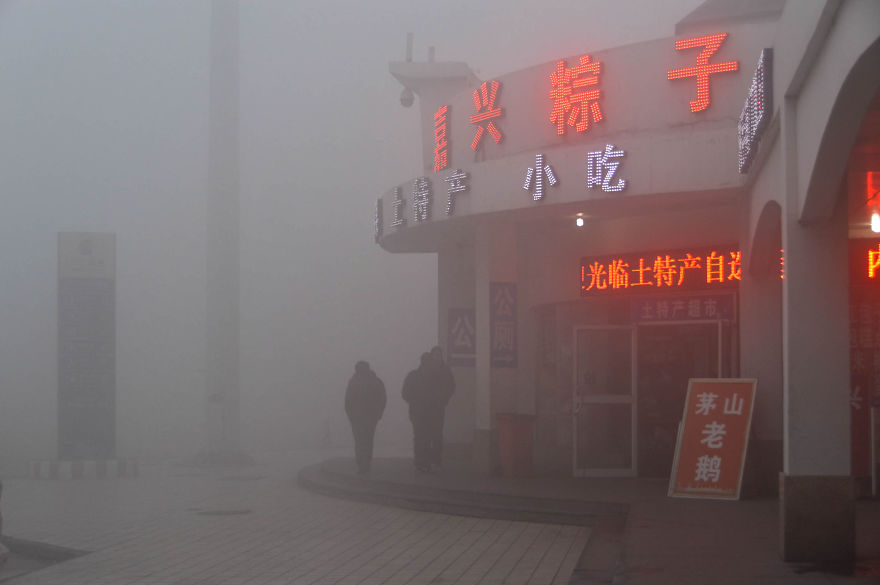