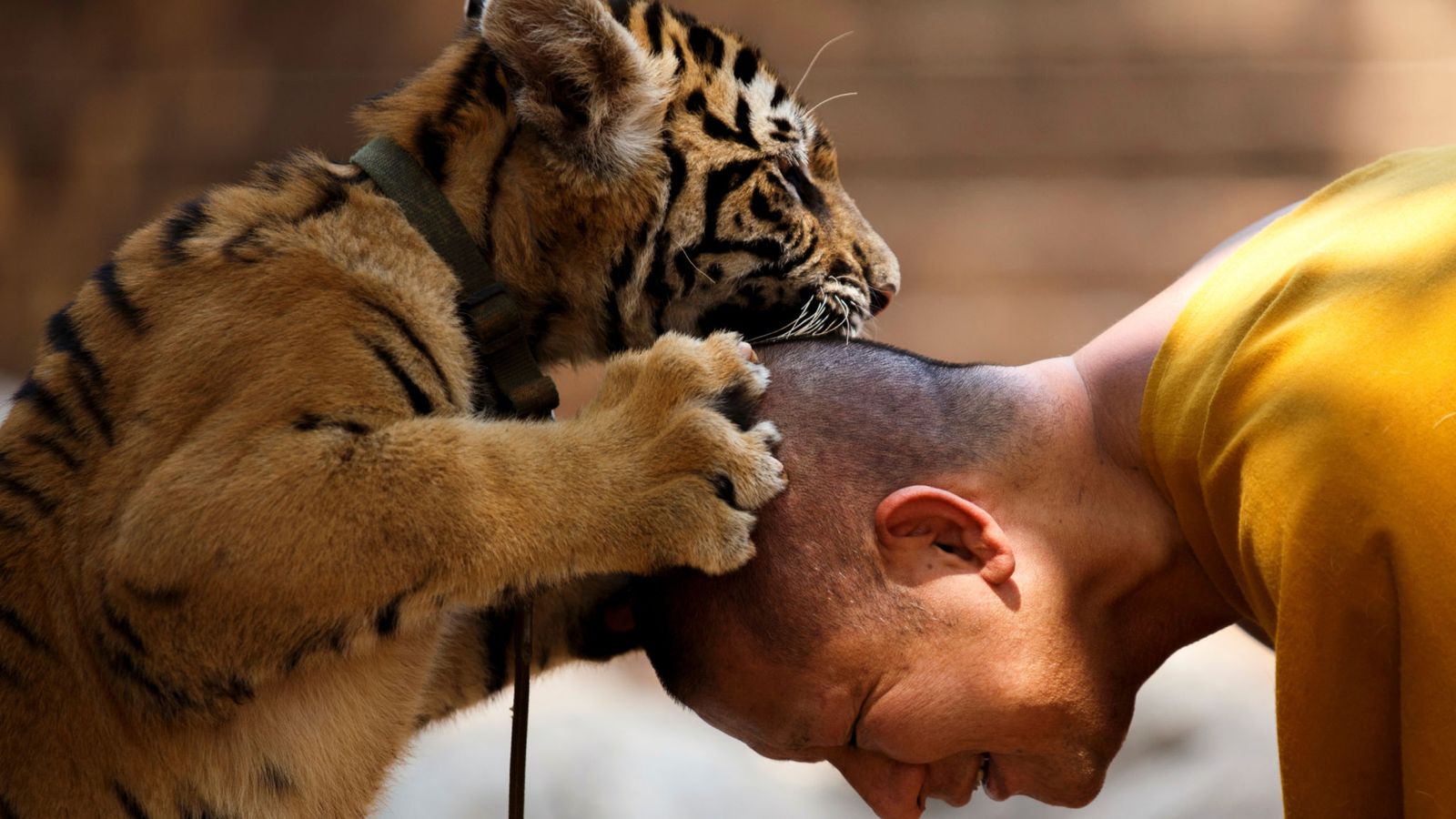 More than half of the nearly 150 tigers rescued from a Thai Buddhist temple have died after falling prey to various infectious diseases and genetic illnesses related to inbreeding, officials have reported.

The tigers were previously being held at the controversial Wat Pha Luang Ta Bua—or “Tiger Temple”—in Thailand’s Kanchanaburi Province west of the capital, Bangkok, which had become a lucrative tourist trap where visitors were able to pose for photographs with the large cats.

The temple was allowed to take care of the cats under a 2001 agreement with authorities, under the condition that they don’t subject the tigers to exploitation. However, after allegations of mismanagement and animal cruelty, along with several complaints that tourists were being attacked by the tigers, authorities launched an operation in June 2016 to rescue the animals.

During the operation, 60 stuffed cub carcasses were discovered in freezers, leading to claims that the temple had been selling the dead cubs and other assorted parts. Tiger skins, teeth, and at least 1,500 amulets made from tiger bones were also found.

Tiger parts, including ground bones, are an attractive commodity in countries like China and Vietnam, where they are believed to have medicinal properties.

our tigers are being hunted for the parts to be used in traditional chinese medicine & here’s why their parts so are valuable.

there is no scientific basis or justification to eradicate wildlife species for remedies when other medical methods are available. this is sad. pic.twitter.com/xFreo4voHc

Five men were arrested during the operation, including three monks, on charges of unauthorized possession of endangered animal parts.

However, just a few years after the rescue operation, only 61 of the 147 tigers remain alive. Of the 86 tigers who died, a range of problems led to their inability to survive.

According to the department of national parks, wildlife and plant conservation, the main reasons for the high mortality rate includes Canine Distemper Virus—a deadly and highly-infectious disease that afflicts dogs, big cats, and other species—as well as the fact that most of the rescued tigers were inbred.

Officials claim that the DNA of all 147 of the confiscated tigers was traceable to six tigers who were the original breeding stock, reports the Associated Press. As a result, the tigers had severe respiratory problems, tongue paralysis, as well as a lack of appetite that induced fatal seizures.

“It could be linked to inbreeding.

They had genetic problems which posed risks to body and immune systems.”

The tigers appeared healthy enough when they were removed from the temple, officials claim. They were then moved to a government sanctuary 56 miles (90 km) south of the temple in Ratchaburi Province before complications arose.

“Most of the tigers were already in a distressed state stemming from the transportation and change of location … later their health problems emerged.”

Edwin Wiek, the director and founder of Thai NGO Wildlife Friends Foundation (WFF), told CNN that the rescue of the tigers was a “disaster waiting to happen,” due to the lack of preparation and planning on the part of authorities, who also failed to seek or outright ignored the advice of conservationist organizations like his own.

Rather than separating the cubs and female tigers and spaying the big cats, as the WFF suggested, the tigers were all kept in tight, small cages, where disease could easily spread.

“The authorities should have asked for help from outside, but instead insisted on doing all work themselves.

Hopefully lessons will be learned from this case, but we will have to wait and see.”

Thailand attracts tens of millions of tourists on an annual basis, with many flocking to tourist sites promising exposure to the Southeast Asian nation’s wild animals.

However, the high profitability and heavy traffic of the attractions can take a brutal toll on the creatures.

Visitors can pay to hold monkeys, pose for selfies with tigers, and ride on or bathe with elephants. However, animal rights groups claim that these creatures are often held in inhumane conditions, denied veterinary care, and forced to put on acts for eager tourists willing to pay to see a few tricks.

Over 1,000 tigers are estimated to be living in captivity in Thailand, but only around 230 live in the wild. The tigers have a global wild population of only about 4,000.

Authorities plan to redouble their efforts to care for the remaining rescued tigers.

“We are mobilizing team members, increasing our readiness and adjusting our plan.

We will provide the best care possible.”