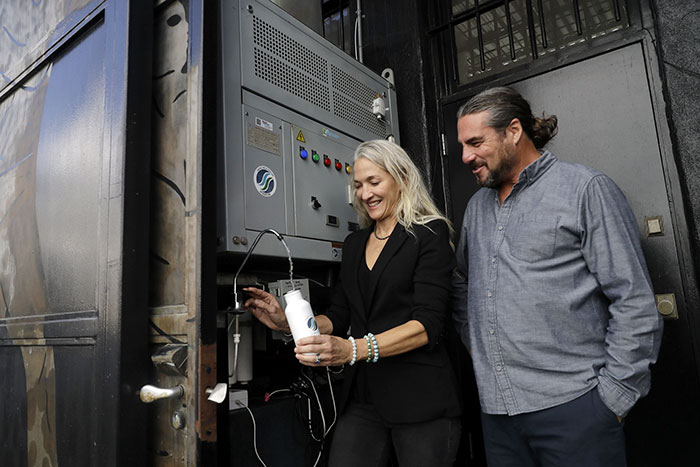 David Hertz and Rich Groden, two architects from California, have won $1.5 million at the Water Abundance XPrize competition for building a shipping container that can produce 2000 litres of drinking water from air using 100% renewable energy, at a cost of no more than two cents per litre.

The device is called “WeDew”, which stands for wood-to-energy deployed water system. So how does it work? The Science Times explains:

“The system is really a combination of two existing devices. The first is Skywater, a generator co-created by Groden that imitates the way clouds are formed. Skywater cools warm air and forms drops of condensation that are stored in a tank and can later be tapped as pure drinking water.

“The second part of the WeDew is a biomass gasifier that provides the energy needed to complete the process. The gasifier takes inorganic material, like wood chips or coconut shells, and vaporizes them to produce heat and humidity, an ideal environment for the water-gathering device operate efficiently.” 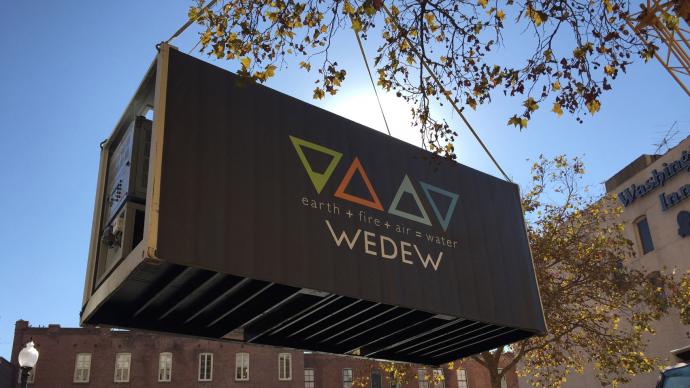 According to UNICEF, approximately 2.1 billion people around the world do not have immediate access to clean drinking water. According to estimates from the United States Defense Intelligence Agency, water requirements will exceed supplies by 40%, creating huge water shortages in the world by 2030.

Hertz and Groden’s incredible invention – an easily deployable high-volume water generator that can be used in any climate, can meet 100 people’s daily needs, can also run on solar and battery power, and can quickly be deployed off the grid in areas where water is polluted – could potentially help solve the global water shortage.

“It’s a carbon-negative technology,” Hertz told Fast Company, “I think the future of technologies is going to be moving to this restorative, regenerative model that actually helps to repair the damage we’ve done. Our process is one that is really antithetical to the slow-moving infrastructure that exists that is not able to be responsive to a changing climate as it is in the case of say, Cape Town, for instance.”