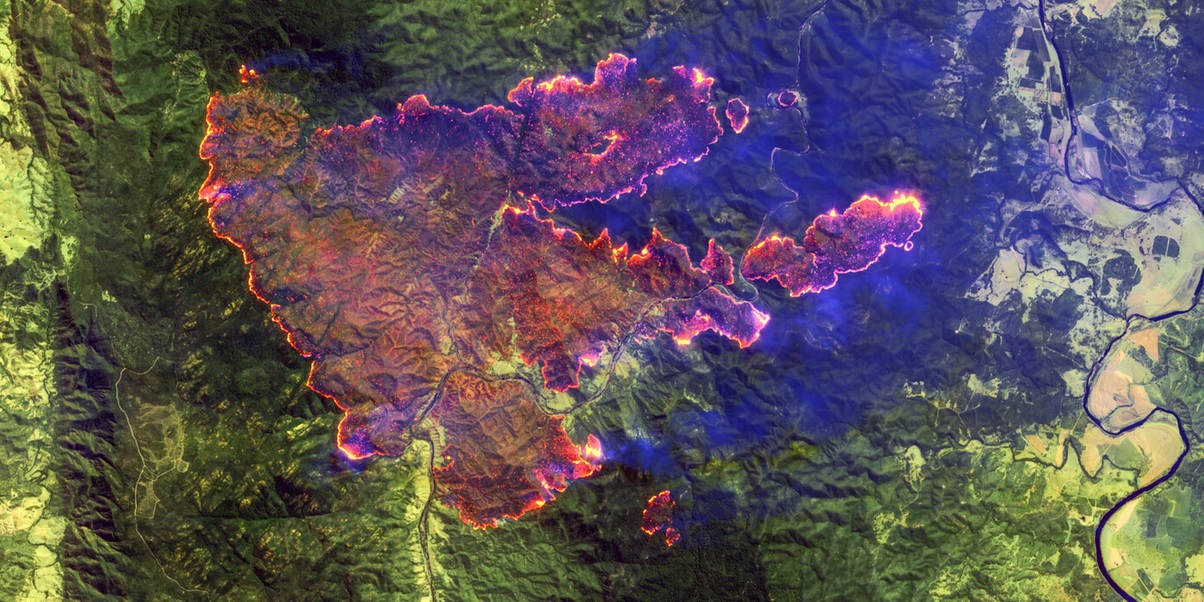 Recently, U.S. government scientists revealed that last month was the world’s hottest June on record — that “the global land and ocean surface temperature departure from average for June 2019 was the highest for the month of June in the 140-year NOAA (National Oceanic and Atmospheric Administration) global temperature dataset record, which dates back to 1880.”

Now, a set of unprecedented satellite images posted by Perre Markuse, a remote sensing and a satellite photography expert, reveal that huge swathes of the Arctic – including in Alaska, Canada, Greenland, and Siberia – are on fire, which are wreaking ecological destruction on a colossal scale.

The images show blazes attacking the forests and peatlands of the Arctic. They also reveal the extent of the damage the fires leave behind – the delicate landscapes with braided rivers, towering mountains, and vast swaths of forest, all under a thick blanket of smoke.

In Alaska, wildfires have already burned more than 1.6 million acres of land. The images below show some of the more remote fires in Alaska as well as the Swan Lake Fire, which was responsible for the smoke swallowing Anchorage in late June and in early July. 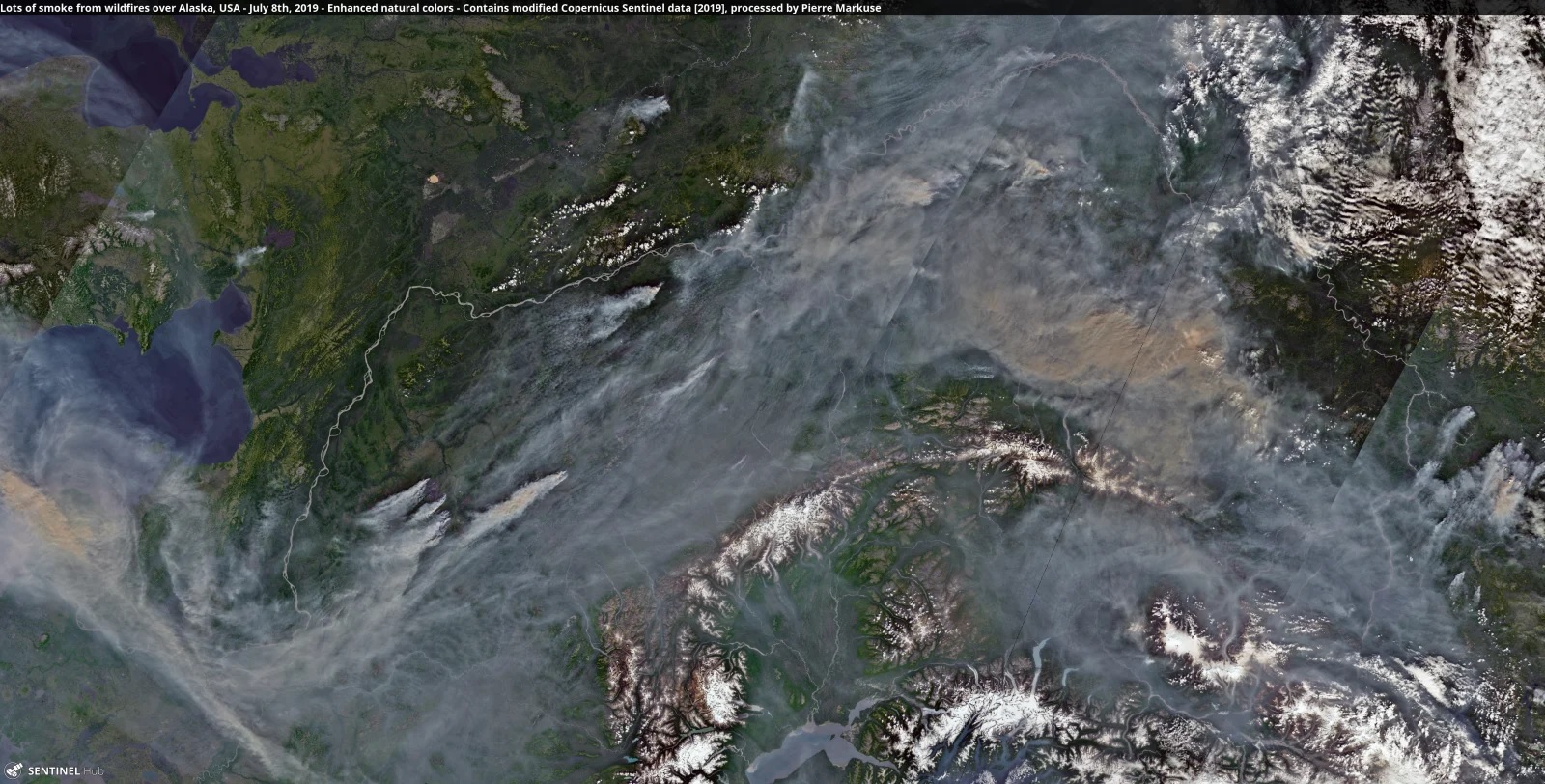 Mark Parrington, senior scientist at Europe’s Copernicus Atmosphere Monitoring Service (CAMS), says the amount of CO2 emitted by Arctic wildfires between 1 June and 21 July 2019 is around 100 megatonnes and is approaching the entire 2017 fossil fuel CO2 emissions of Belgium.

The World Meteorological Organisation (WMO) has described the fires in the northern hemisphere as “unprecedented” and warned of the enormous impact they are having on CO2 levels contributing to the climate crisis. The WMO said in a statement:

“Since the start of June, the Copernicus Atmosphere Monitoring Service (CAMS) has tracked over 100 intense and long-lived wildfires in the Arctic Circle. In June alone, these fires emitted 50 megatonnes of carbon dioxide into the atmosphere, which is equivalent to Sweden’s total annual emissions. This is more than was released by Arctic fires in the same month between 2010 and 2018 combined.

“The ongoing Arctic fires have been most severe in Alaska and Siberia, where some have been large enough to cover almost 100 000 football pitches, or the whole of Lanzarote. In Alberta, Canada, one fire is estimated to have been bigger than 300 000 pitches. In Alaska alone, CAMS has registered almost 400 wildfires this year, with new ones igniting every day.”

In Siberia, the flames are releasing harmful pollutants including toxic gases such as carbon monoxide, nitrogen oxides, and non-methane organic compounds into the atmosphere. The average June temperature in the parts of Siberia, where wildfires are raging, was almost ten degrees higher than the 1981–2010 long-term average. Thomas Smith, fire expert at London School of Economics, noted on Twitter:

Taking a closer look at these fires, some are clearly preceded by an outbreak of tall cumulonimbus clouds (thunderclouds🌩️). We can tell these are tall cumulonimbus from their bright white tops [image 1], and cold cloud top temperatures (–100°C) [image 2]
[2/9] pic.twitter.com/TdsztZMre3

The images below show fires in Batagay in central Siberia and the region’s Lena River: 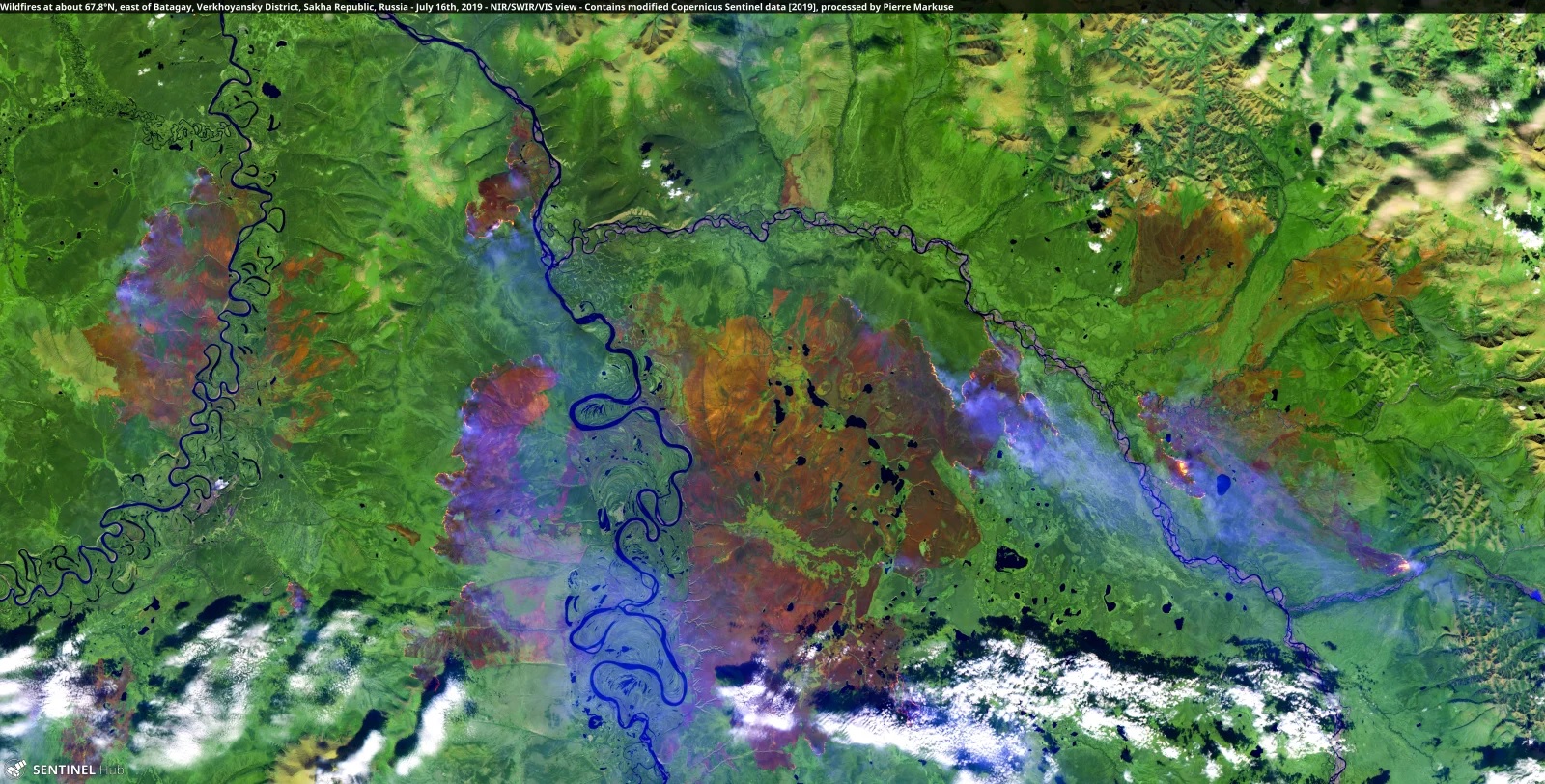 Greenland is also experiencing an unusually warm and dry summer, leaving the country vulnerable to wildfire. The Greenland ice sheet began melting a month earlier than average, and scientists say we will have to wait and see if it surpasses the record melt of 2012. Earther reported:

A landscape known more for its ice, this is the second time in the past three years a wildfire has ignited in western Greenland. There are very few historical precedents for these types of blazes, and though they’re not on the scale of what’s happening in Siberia and Alaska, they’re yet another symptom of an Arctic transitioning into a more volatile state as the planet warms.

The northern part of the world is warming faster than the planet as a whole. The Arctic appears to be warming at twice the rate as the rest of the world thanks to positive feedback loops like the albedo effect, which accelerate the trend. The 2014 megafires in Canada scorched more than 7 million acres of forest, releasing more than 103 million tonnes of carbon into the atmosphere – half as much as all the plants and trees in Canada typically absorb in an entire year.

While it isn’t uncommon for these areas to see wildfires, there is cause for concern now, Smith told USA TODAY:

“The magnitude is unprecedented in the 16-year satellite record. The fires appear to be further north than usual, and some appear to have ignited peat soils. Peat fires – unlike regular forest fires, which last only an hour or so before moving on – last for days or months. They ignited at the end of June, and it appears that they’re still burning. The fires are burning through long-term carbon stores (peat soil) emitting greenhouse gases, which will further exacerbate greenhouse warming, leading to more fires. Climate change is making wildfires in the Arctic far more likely to occur. “ 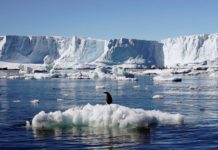 The Antarctica Was Warmer Than Los Angeles This Week, And It’s Not Good News 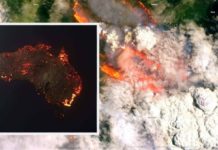 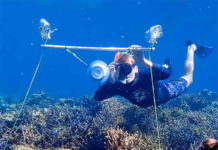