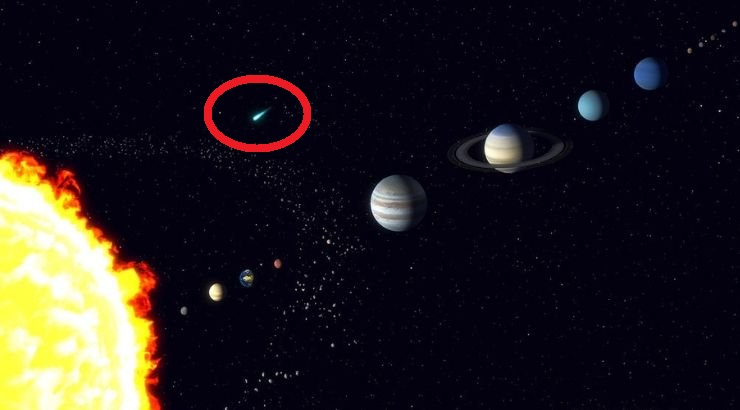 In 2017, scientists marveled over the first human observations of an interstellar object passing through our solar system.

The cigar-shaped asteroid, named ‘Oumuamua, possessed such bizarre traits that some observers speculated it might be an alien spaceship; most astronomers, however, focused on using the narrow timeframe of its passage to make as many observations as possible.

Now astronomers believe a second interstellar object is zooming into our solar system and this time, their telescopes will be ready.

An amateur astronomer in Crimea, Gennady Borisov, discovered what is believed to be a comet using his own observatory. The Minor Planet Center (MPC) confirmed the object, subsequently named C/2019 Q4 (Borisov), and further analysis revealed it to have an unusual trajectory—an eccentric, hyperbolic path that likely means it is not gravitationally tied to our sun.

Like its predecessor ‘Oumuamua, the new interstellar visitor hails from another planetary system and is tearing through the galaxy with incredible velocity (30 kilometers a second).

There are differences between the objects, though. While ‘Oumuamua is an asteroid, the 10 kilometer wide C/2019 appears to have a tail of gas indicative of a comet. This means its composition and origins can be studied in greater detail. Additionally, and perhaps more importantly, C/2019 is six times brighter and will be available for observation for far longer.

‘Oumuamua took scientists by surprise and was on its way out of the solar system by the time they discovered it, allowing only a couple weeks of analysis. C/2019, on the other hand, will be visible to astronomers for about six months.

C/2019’s cometary nature and the amount of time scientists will have to study it means we will get an unprecedented opportunity to learn about the condition of an alien planetary system that could be a billion years old.

Olivier Hainaut, an astronomer with the European Southern Observatory, says scientists are so excited about the discovery that many are dropping all other projects to focus on it and commission high-powered telescopes for observation.

“Here we have something that was born around another star and traveling toward us. It’s the next-best thing to sending a probe to a different solar system,” Hainaut said.

Someday the European Space Agency (ESA) may attempt to land a spacecraft on an interstellar object. In the meantime, scientists plan to learn more about the conditions of other parts of our vast galaxy.