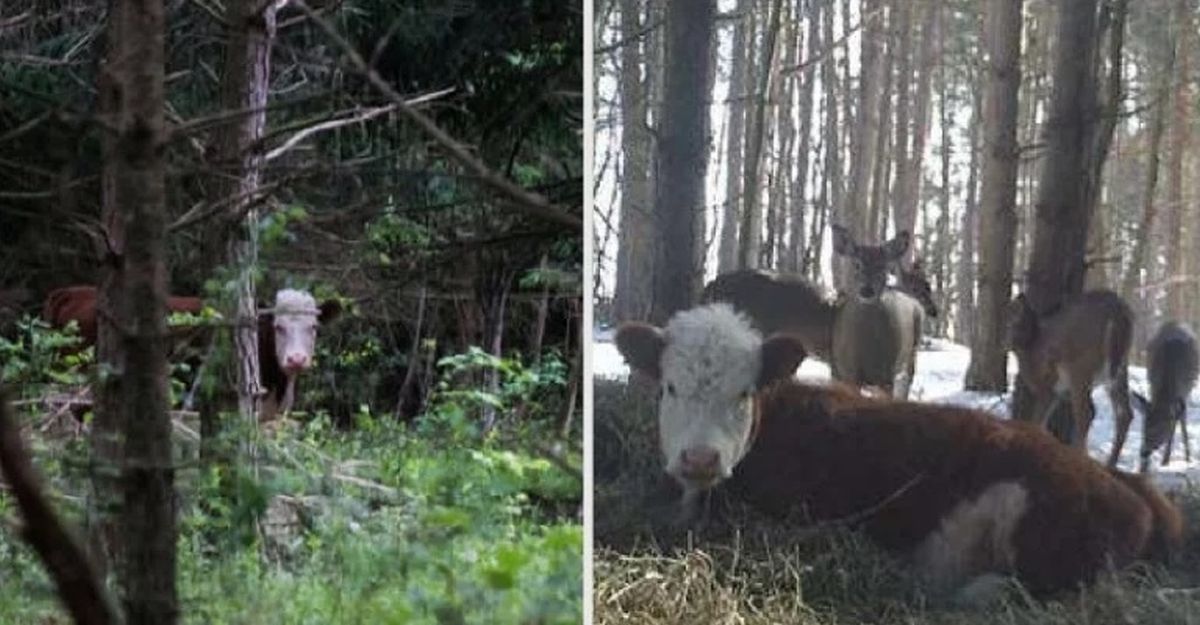 In a near-death situation, nearly every being would fight for their lives. A brown-and-white cow named Bonnie is no different. At just 4-months-old, the brown-and-white cow fled her home in Holland, New York, which raises cattle for slaughter. She was likely scared by other cows’ bellowing as they were herded into a livestock trailer.

The nearest escape was the woods, so that was where Bonnie headed. News of the young cow’s disappearance quickly spread through the neighborhood, reports People. Now and again, neighbors caught glimpses of the cow; however, none could catch her. Weeks passed, and Bonnie remained free. Residents couldn’t understand how the cow was still alive… until they learned that she was not alone. 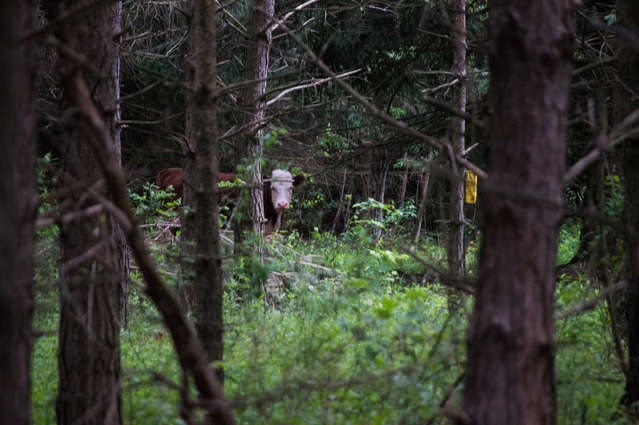 Cameras placed in the forest by hunters started collecting footage of Bonnie wandering with a herd of deer. The photos show that she ate, traveled, and rested with the wild creatures. Despite their apparent differences, they became friends. 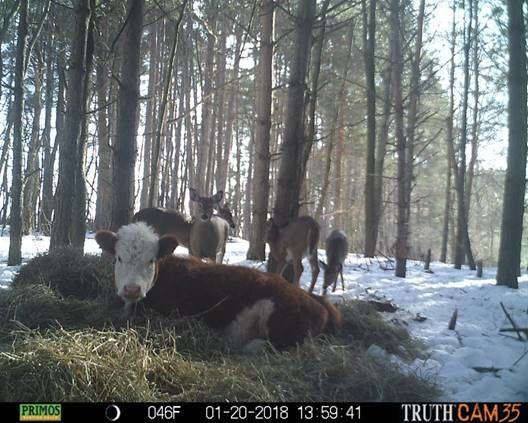 Bonnie appeared to be surviving, but animal lover Becky Bartels knew the cow would need some help to survive the cruel northeast winter. After she spotted Bonnie on a camera she had set up, Bartel began approaching the cow on a daily basis. 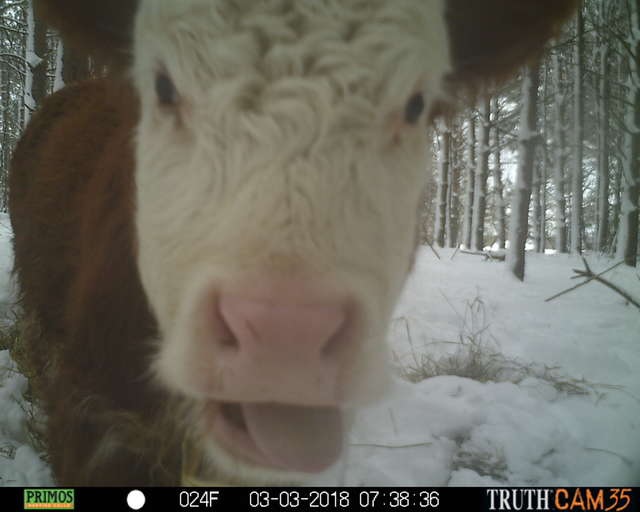 She trekked through the snow, pulling a sled with food and bedding for Bonnie. At first, Bonnie was terrified of the human. But eventually, the cow warmed up to Bartel’s pats and snacks. 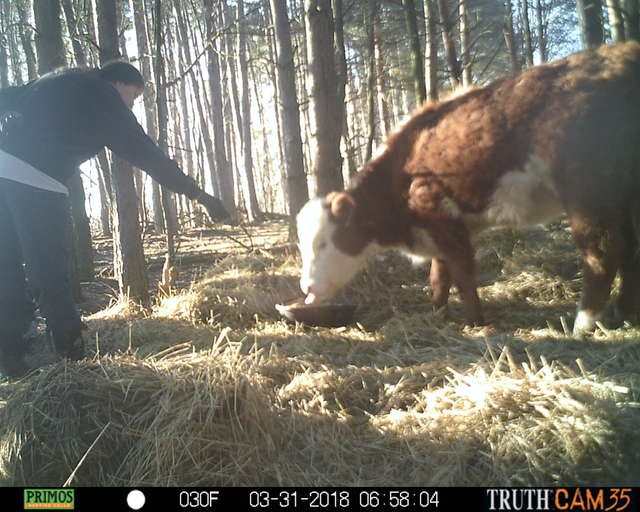 With neighbors threatening to kill the cow upon sight, Bartel decided it was time to think of a long-term solution for Bonnie. So, she reached out to Farm Sanctuary for help. The non-profit is devoted to rescuing and caring for abused, neglected, and abandoned farm animals. Creatures that are taken in receive a long-term home and the assurance that they will never be killed for food. 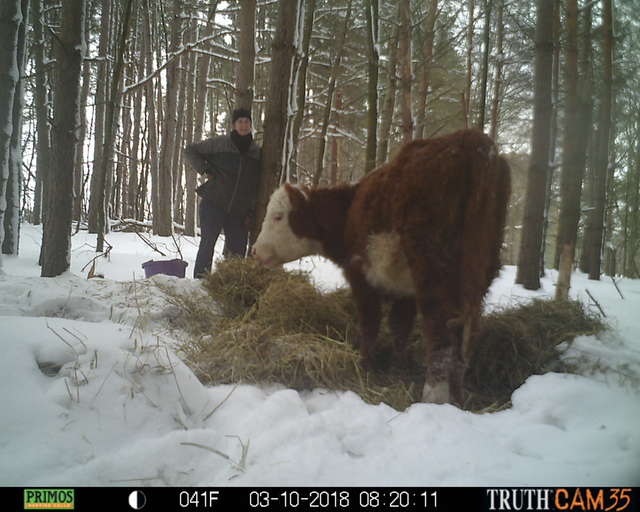 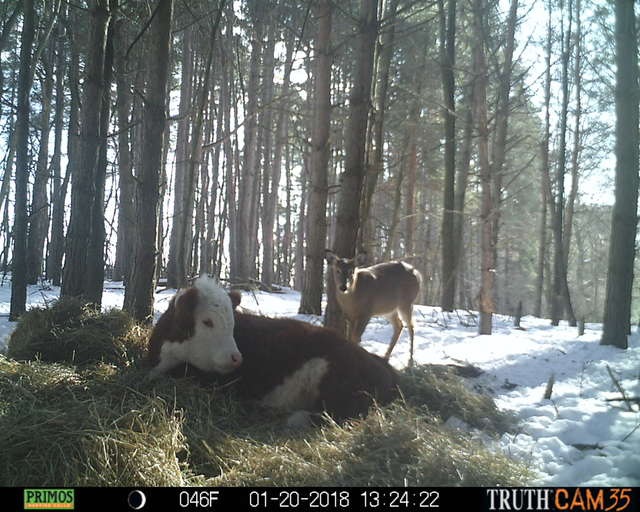 Farm Sanctuary wasted no time sending a crew to help rescue Bonnie. After a few tries, the group was able to safely corral the cow and sedate her. They then moved her onto a truck that transported her to Farm Sanctuary. 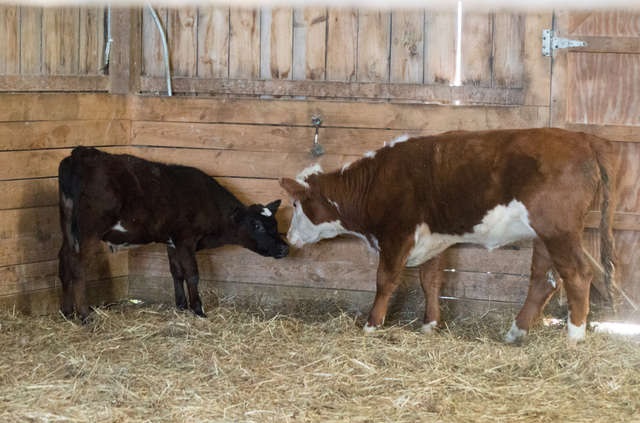 According to the non-profit, Bonnie has adjusted to her new home after spending eight months in the woods. She has even made some friends and is showered with all of the care and affection she desires.

Watch the exciting video below: