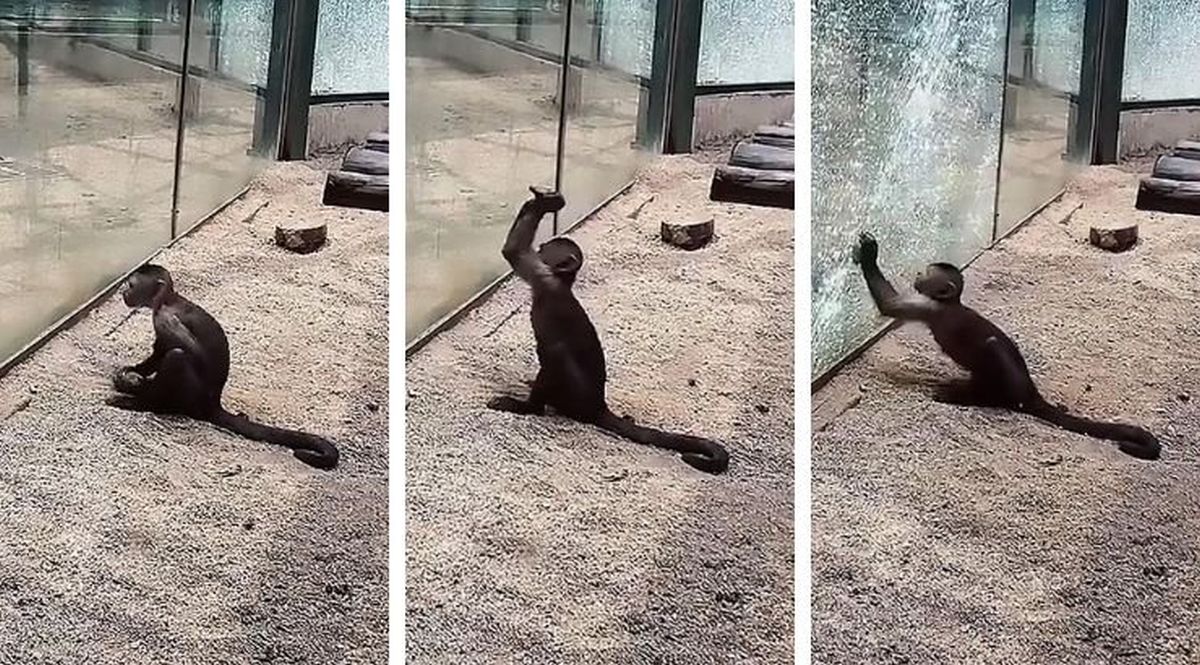 What would you do if you are forced to live in confined spaces? Can you can imagine the sort of mental torture you would undergo? Just as solitary confinement can have devastating effects on humans, isolation can have a significant impact on zoo animals who are forced to spend all their time in small cages.

This viral video of a Colombian white-faced capuchin monkey using a sharpened rock to shatter the glass wall of its cage into thousands of small shards at Zhengzhou Zoo in China’s Central Henan Province shows what can happen when an intelligent animal held captive in a zoo has too much time on its hands and too little to do.

A tourist, who watched in shock as the monkey battered the enclosure’s glass boundary in its desperate bid for freedom, recalled:

“The monkey was sharpening the stone, then it started hitting it on the glass. The monkey scared itself away, but it came back to take another look and even touched it.”

“This monkey is unlike other monkeys. This one knows how to use tools to break walnuts. When we feed walnuts to other monkeys, they only know to bite it. But it had never hit the glass before though. This is the first time. It’s toughened glass, so it would never have got out. After it happened, we picked up all the rocks and took away all its ‘weapons’.”

Tian added that the glass would be replaced and patrols would be stepped up to ensure no animals attempt to escape in future.