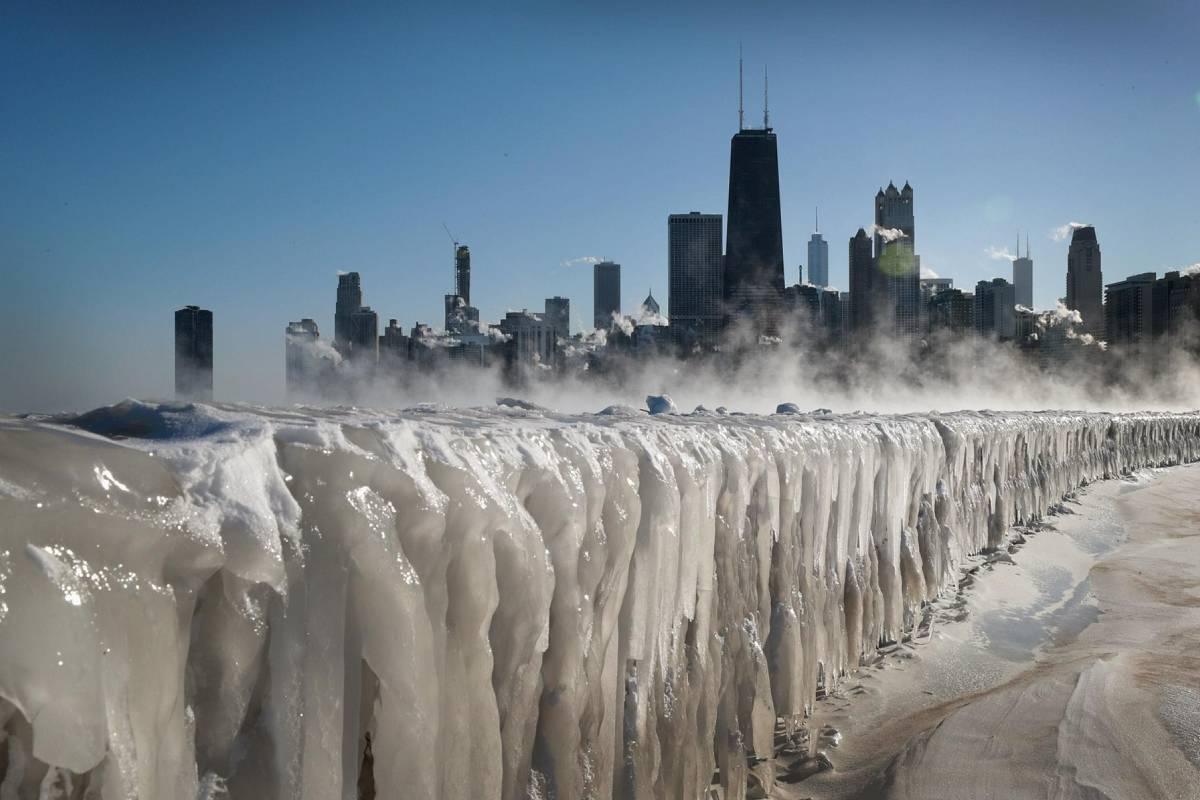 Forecasters are warning about some of the coldest conditions in a generation as a brutal winter blast continues to wreak havoc across the central and northern United States, claiming lives and leaving chaos in its wake.

In Minneapolis, Accuweather reports that temperatures are plunging down to record lows unseen since the 1800s, while a bone-chilling Chicago is set to shatter all-time historic lows of negative 27 degrees last seen in 1985. The strain on local power grids led to widespread outages as of Wednesday afternoon.

The National Weather Service (NWS) warned Wednesday of “life-threatening wind chills” produced by the arctic front, adding that eastern states will be faced by an “extremely bitter airmass” sweeping across the region.

The NWS added that across the affected area, the sub-zero and single-digit temperatures “are creating life threatening conditions, as frostbite can occur quickly and even hypothermia or death if precautions are not taken.”

This means that 85 percent of the U.S. landmass, or 230 million U.S. residents, have been plunged into temperatures of 32 degrees or below, while a quarter of the U.S., or 75 million residents, are facing temperatures as low as 0 degrees.

“You’re talking about frostbite and hypothermia issues very quickly, like in a matter of minutes, maybe seconds,” meteorologist Brian Hurley from the Weather Prediction Center, told the Associated Press.

A number of weather-related deaths have already occurred due to the deadly polar vortex, with three deaths in Iowa related to the storm, two dying in a car crash in Indiana, one man found dead in Detroit, one man struck by a snow plow in Illinois, and a 55-year-old man collapsing and dying after attempting to shovel snow at his home in Milwaukee. On Tuesday, an 82-year-old man in Illinois was found dead outside of his home after falling and being exposed to the cold.

Only 5 to 10 minutes…that's all it takes to get frostbite in this frigid weather. #WinterSafety pic.twitter.com/UUE6BdIRQ5

Various other deaths and injuries stemming from the vortex, including highly dangerous road conditions, are being reported by the press.

From Milwaukee to Chicago, charity groups are working on overdrive and increasing outreaching in hopes of securing warmth and shelter for local homeless populations, with city agencies in Chicago even offering warm buses to those normally living on the streets.

Also in the Windy City, subzero temperatures are leading to the dystopian image of empty, ice-covered streets and railroad tracks set on fire. Maintenance crews manning local railways hope to keep the rails in decent shape by burning kerosene-soaked rope next to the rails, allowing the trains to continue functioning.

It’s so cold in Chicago, crews had to set fire to commuter rail tracks to keep the trains moving smoothly. https://t.co/ccrTwwwO6C pic.twitter.com/av7o5opEQ8

Kathryn Prociv, a meteorologist for NBC News, said that “historic cold, unprecedented cold, these are all adjectives you could use to describe this,” adding:

The extreme frigidity has been blamed on sudden warming above the North Pole. Last month, blasts of hot air from Morocco made their way to the North Pole, splitting the polar vortex into pieces and sending the pieces down toward the Midwestern United States, said to Judah Cohen, a winter storm expert for Atmospheric Environmental Research.

“Where the polar vortex goes, so goes the cold air,” Cohen told AP.

“When warm air invades the polar region, it can split the vortex or displace it, usually toward Siberia, Cohen said. Recently, there have been more splits, which increase the odds of other places getting ultra-cold, he said. Pieces of the polar vortex have chilled Europe, Siberia and North America this time. (It’s not right to call the frigid center of cold air the polar vortex because it is just a piece or a lobe, not the entire vortex, said University of Oklahoma meteorology professor Jason Furtado.)

When the forces penning the polar vortex in the Arctic are weak, it wanders, more often to Siberia than Michigan. And it’s happening more frequently in the last couple decades, Furtado said. A study a year ago in the Bulletin of the American Meteorological Society looked at decades of the Arctic system and found the polar vortex has shifted ‘toward more frequent weak states.’”

And while some forecasters are saying that the worst-affected regions could see some improvement by the weekend, Cohen estimates that the polar frigidity could last another eight weeks or so, noting:

“The impacts from this split, we have a ways to go. It’s not the end of the movie yet … I think at a minimum, we’re looking at mid-February, possibly through mid-March.”