Have you ever heard of Tess Thompson Talley, the woman who posed with a giraffe in Africa that she shot and killed? It was reportedly a rare, black giraffe. 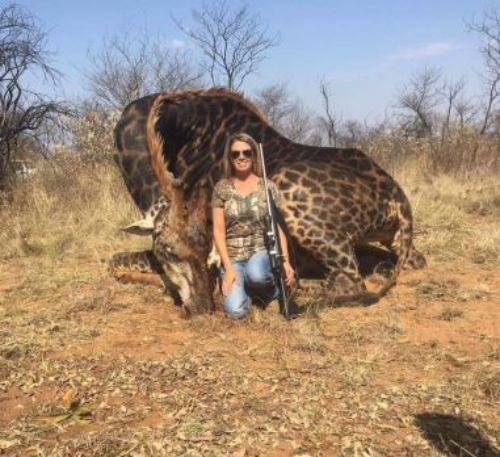 In July 2017, a Tweet made by the Twitter account Protect all Wildlife served as the initial source for this information and then it was reported by the media, as they said:

“So Tess Thompson Talley, you managed to shoot a sedentary Giraffe – go you!! RT if trophy hunting disgusts you!! #BanTrophyHuntingNOW!!” 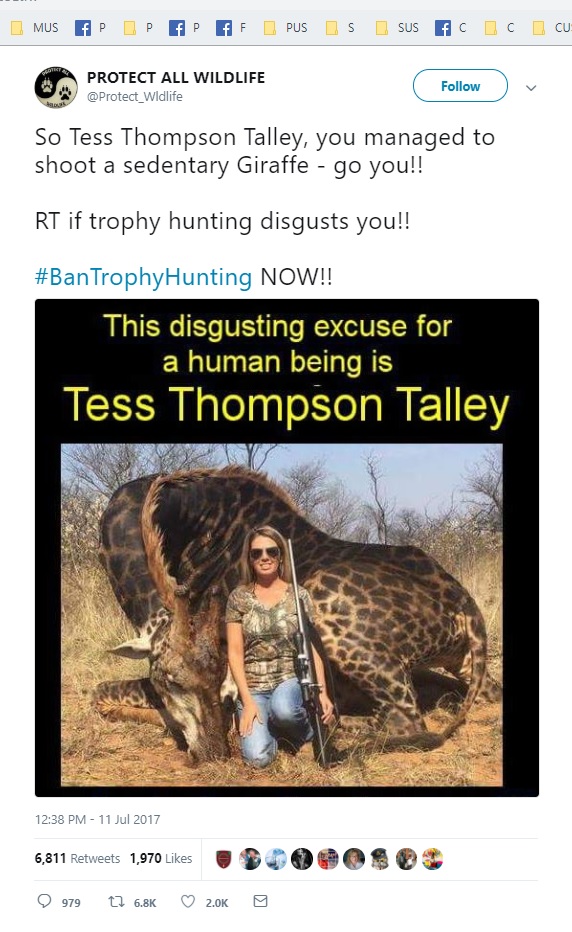 Little other information about this woman in particular can be found. It doesn’t even require media coverage to go viral, this topic organically strikes a nerve with people.

Unfortunately the existence of people like her is being used to make Americans who own guns look violent and stupid, while most are responsible, good gun owning people who are capable of self defense. Articles about this story say things like this: “In the USA, about six per cent of the population (just over one in 20 people) goes hunting every year. Most of these people kill domestic wild game such as boar or deer, but others will venture further afield in order to satisfy their apparent need to take a life. In fact, some will pay tens of thousands of dollars in order to take down something particularly rare or dangerous.”

Some people on both sides of the political spectrum just think animals are nice and they shouldn’t be shot. Some people were raised to hunt and it’s paradoxical because human beings really do hunt deer and certain animals food for food, but it’s just a strange reality we live in.

This woman seems to be what is called a Trophy Hunter, someone who chooses to hunt rare, exotic creatures. Now listen: just replace the word hunt with “shoot in the face.”

Replace the word “hunt” with the phrase, “put burning hot metal bullets through the flesh of a nice cute giraffe.” That’s not an exaggeration, that’s a detailed description of what it means to “hunt” a giraffe. 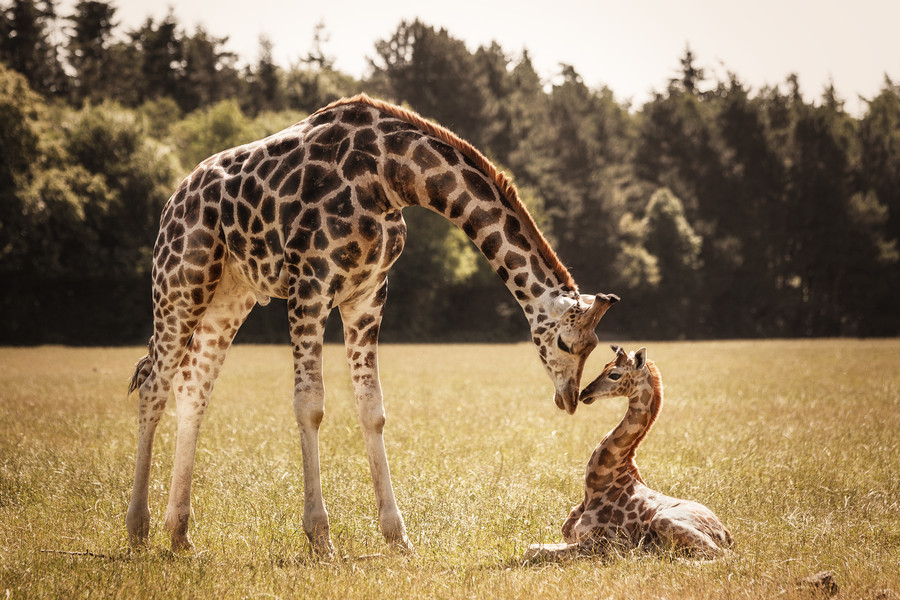 This topic strikes a nerve with people because deep down, we can see that all of us are becoming desensitized to violence and desensitized to all kinds of things due to the age of information that we live in.

We’re also oddly aware of the facts of life, disconnected from the usual dangers and troubles of life as a human being, the rough life of a human being that has been ancestrally programmed into us through centuries and centuries of genetic memory. We hunt animals naturally.. yet at the same time we’re generally being desensitized to violence and in a certain sense, “sensitized” to it. Maybe different individuals are reacting very differently to the smart phone era.

Shooting animals that are rare, gentle, friendly and beautiful, it seems different than shooting a deer. But then when you think about it, even eating a cow or a pig sounds horrible. 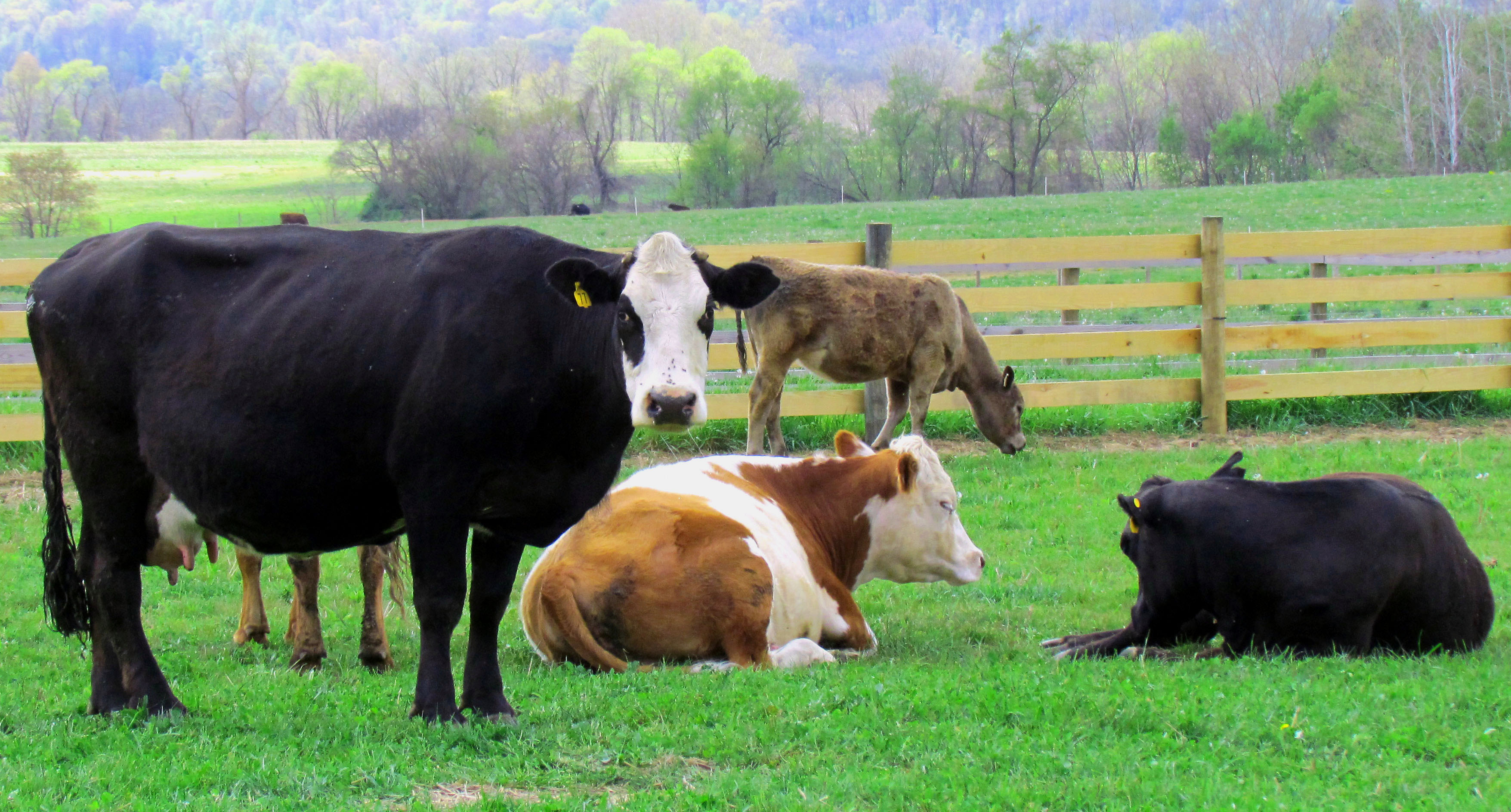 Dogs truly aren’t much different from cows, or pigs, we’re all mammals. 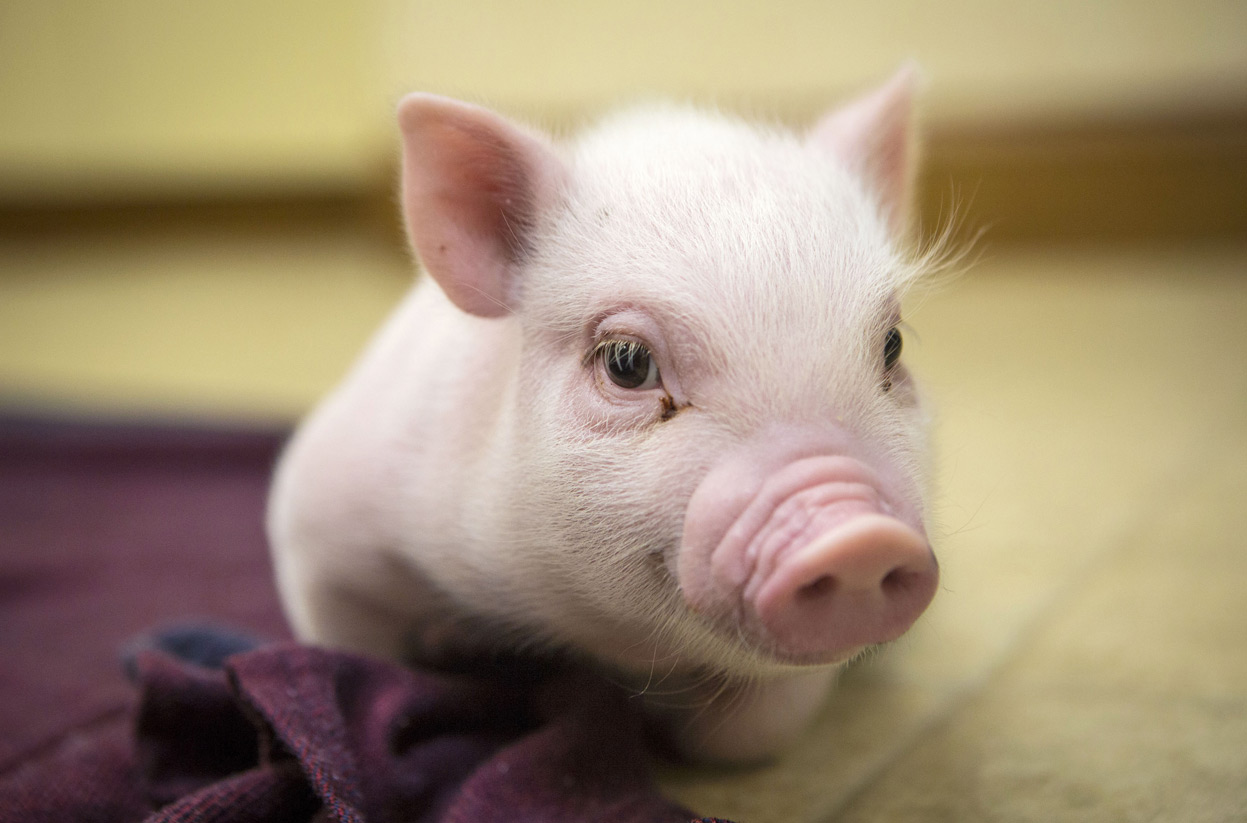 If you think about it, reality itself is insane.

We eat animals and plants, and plants are these things that create energy out of sunlight and water. We live on a giant ball revolving around a giant ball of gas that emits rays that feed our plants: a strange detail of all of this is that some mammals eat other mammals.