The friends were on safari in Tanzania’s Serengeti National Park and riding in an SUV with a guide. In the footage, two people are seen by an open window as the lion has its back turned.

Directly next to the male is a lioness lying on the ground beside the vehicle. The video shows a person reaching past a man sitting by the window with his phone out, to pat the predator on the back. 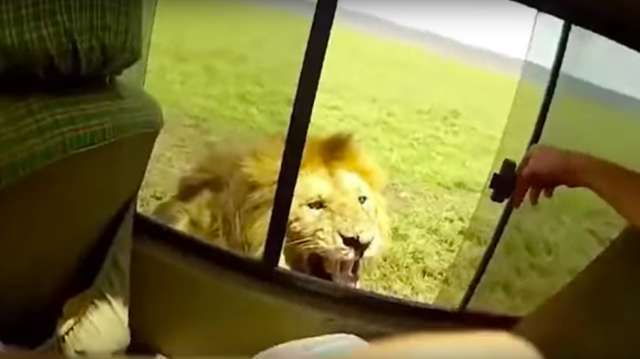 They laugh, but the lion makes a low growl and turns threateningly towards the vehicle with its’ teeth bared. The tourists jump back and fumble with their phone cameras as the lion makes a lunging movement, the window still open. 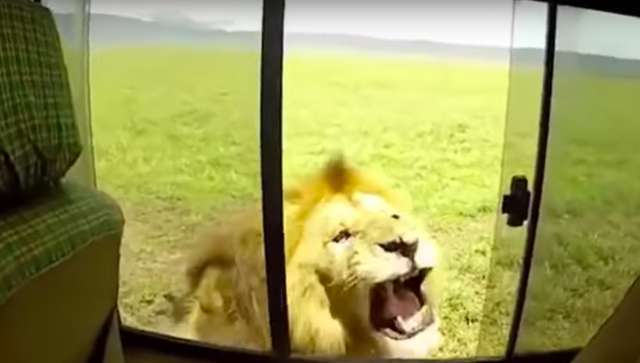 Park Ranger Naas Smit is dismayed at the footage, labeling it as “foolish” and reminding tourists how dangerous it is to open their windows in proximity to these predators, let alone actually touch one.

Ranger Smit knows that a lion is a quick and powerful animal with more than enough ability to remove the appendage sticking out of the SUV, drag the offender out onto the ground or even enter the vehicle by breaking through the opening they had provided for it. 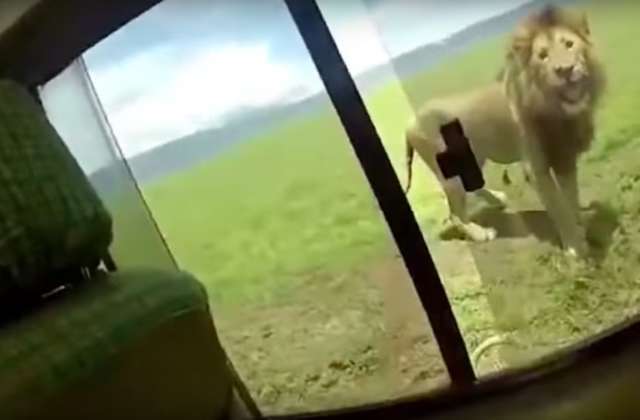 He noted that had the lion actually killed the person, it would have had to be put down itself, and this could have terrible consequences for its family if it turned out to be a dominant male in its pride.

The video was posted to Youtube where it has gone viral and managed to draw in a million viewers in five days. Many users were outraged by the image, calling it “stupid” and “reckless.” Some called out the lack of control from the guide who they believe should never have let them open the window in the first place. The video appears to have been deleted by the poster.