Briton Alex Orchin has been deemed as the man with the lowest fuel bill since he also happens to be driving around in the world’s smallest car. His car, which is a blue Peel P50 can be seen all throughout his village, considering just how tiny it is.

The Peel P50 looks like a toy car, but it can reach 70km/h (about 43mph). Classic car enthusiast Alex Orchin wants to drive the single-seater from the northeasternmost point of Great Britain to the southwesternmost tip – all for a good cause.

Despite Orchin’s 5 feet 11 inches, the car enthusiast manages to fit inside his tiny vehicle, which measures 52.7 inches long, 38.5 inches wide, and 39.3 inches high. But even more impressive than getting his large body inside is the fact that the car has a 1.3 gallon gas tank regardless of its miniscule size.

31-year old Orchin considers himself an avid motor collector, and he’s known for driving around his tiny three-wheeler. According to him, after seeing the show Top Gear with Jeremy Clarkson, he became obsessed with the tiny car.

Regardless of the car’s 23 mph stop speed, he managed to drive the car the entire length of the UK. 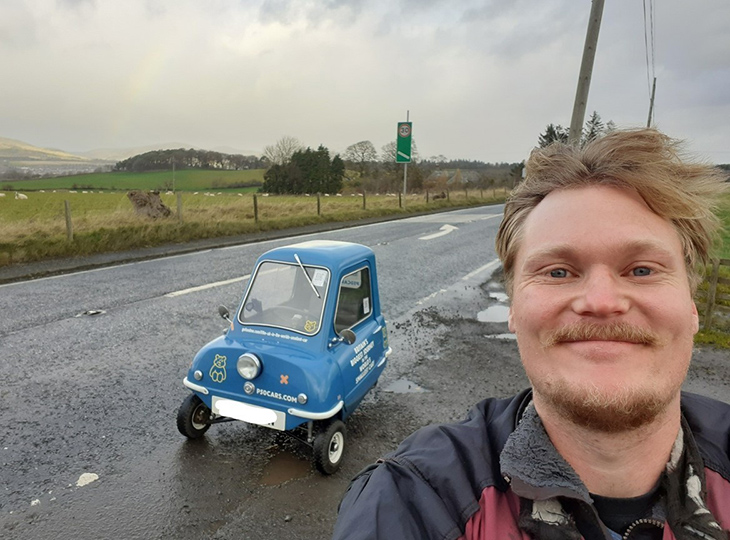 According to Orchin, “I have always had an interest in old, vintage, and unusual cars since I was a kid. No-one in my family was into it. It was a bit of a random obsession I used to be a chauffeur for vintage cars and have had a 1914 Model T and a 1968 Morris Minor too.”

He also said, “I got fixated on this idea of having a P50 just because it was so tiny, but when I saw an original was £100,000 ($131,000) it kind of killed it off. But about four years ago I bought one of the newer ones from the Isle of Man, so I’m only the second owner. The car always gets attention—it is quite staggering because to me it’s just a tiny car.”

“It’s much smaller than you think it is—everyone says that when they see the car in person. I can fit a shopping bag down the left of the car by the handbrake, but nothing else,” he added. 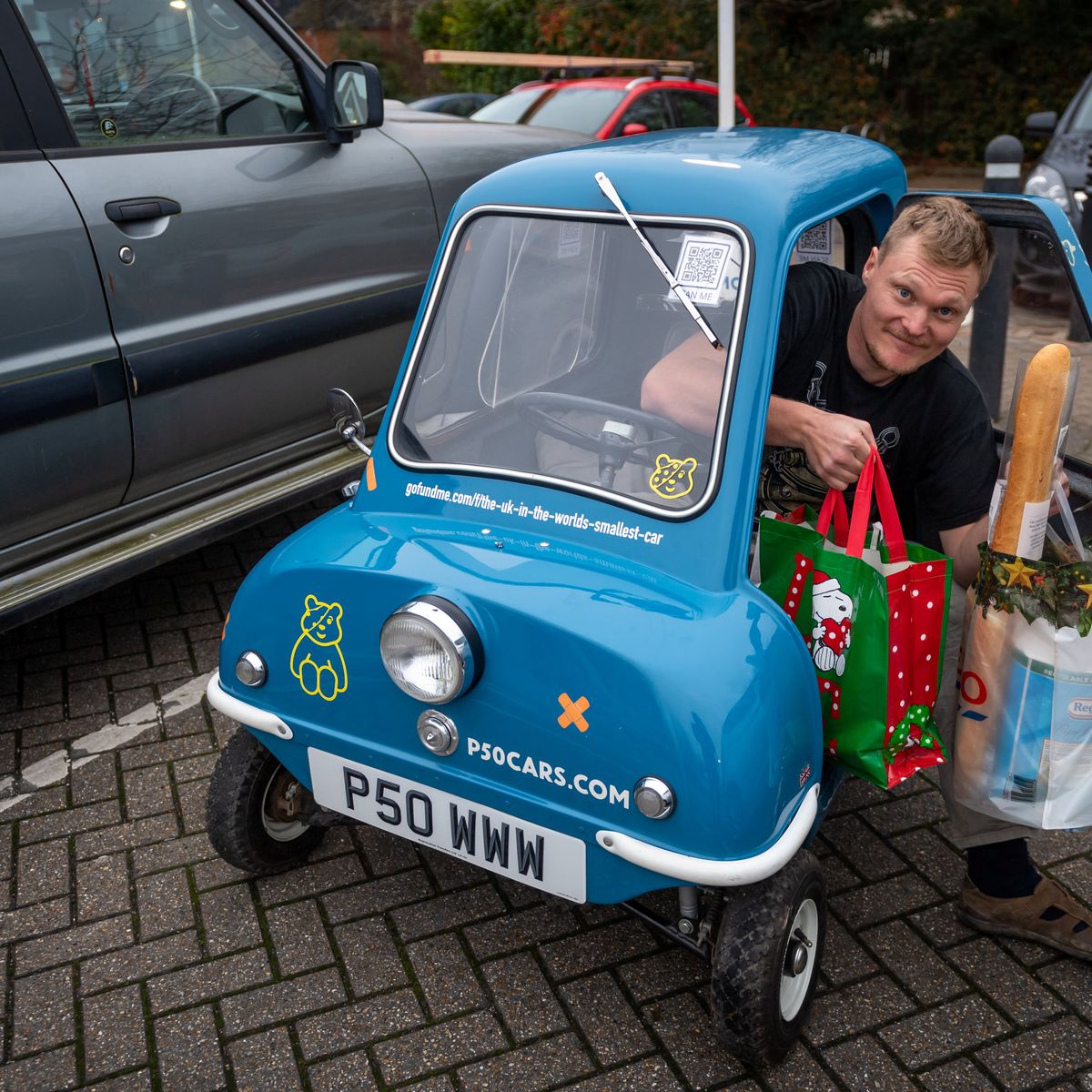 The P50 was the first of its kind made on the Isle of Man back in the 1960s. By 2010, that particular model was named by Guinness World Records, “the smallest production car ever built.”

His vehicle was built in 2017, but it was based on the original design of the car models that were produced back in the 1960s.

Orchin finds that despite the mini-motor, the vehicle is very capable making the journey to and from his hometown in Wivelsfield in Sussex. 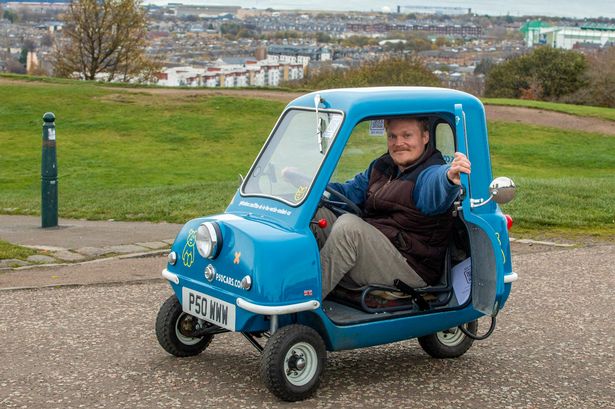 Alex explained, “I’ve owned a lot of cars and none of them get as much attention as this one. Normally if I pull up in a Morris Minor it is car people and enthusiasts that want to come and talk with me. But my Peel P50 attracts absolutely everyone, including people who aren’t interested in cars.”

“They think it’s so hilarious and children love it! The under-ten-year-olds especially go mad for it,” he shared.

If you’d like to see more about Orchin and his tiny car obsession, visit his YouTube channel Forward to the Past.