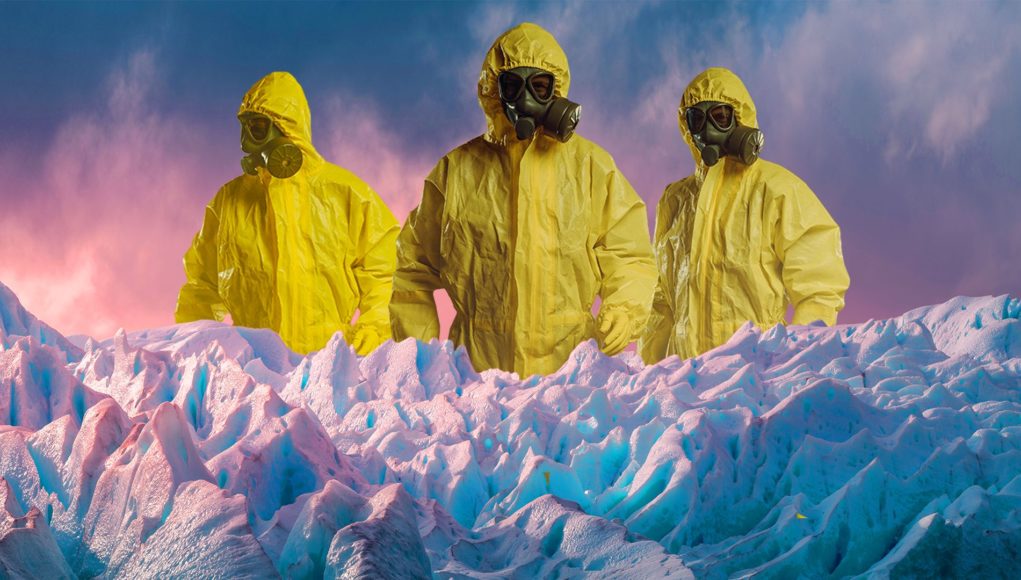 In 2015, scientists from China and the United States started drilling deep into the ancient glaciers atop the Tibetan Plateau to see what they could find. Their aim? To discover tiny life forms, or ancient microscopic viruses that they knew were entrapped beneath the surface over 15,000 years ago.

The risk was huge. But five years after the drilling, in January 2020, the researchers had recovered 28 viral groups new to science. Millions of microscopic organisms that had been entrapped in glacial ice were now at the fingertips of Chinese and American scientists.

The study was posted online as a pre-print in January. Still yet to be peer reviewed, the paper outlines the viral sampling and sequencing.

“These experiments establish a clean procedure for studying microbial and viral communities in low-biomass glacier ice and provide baseline information for glacier viruses, some of which appear to be associated with the dominant microbes in these ecosystems,” the paper states.

The ice cores from the Tibetan Plateau revealed genetic information belonging to 33 different groups of viruses, 28 of those being new or “novel.”

Ancient microbes in glacier ice have given scientists a glimpse into climate history and evolutionary chains. As glacial ice melts, in a worst-case scenario, pathogens can be released into the environment, the authors explained.

This became a reality in 2016, when anthrax in Siberia killed over 2,000 reindeer and led to 96 people hospitalized. It is believed that anthrax spores that can survive up to 2,500 years were released when melting permafrost thawed a deer carcass infected with the bacteria. The carcass was decades old.

Boris Kershengolts, a Yakutsk biologist who studies northern climates, worries what this means for the world. “Anthrax spores can stay alive in the permafrost for up to 2,500 years. That’s scary given the thawing of animal burial grounds from the 19th century,” he said. “When they are taken out of the permafrost and put into our temperatures, they revive.”

An even more dire take is described in Defrosting Ancient Microbes. Written by Scott O. Rogers, a professor at Bowling Green State University, he described the dangers associated with pathogens and glacier ice research.

“The dangers encased in ice are real, and with the increases in melting of the ice worldwide, the risks from the release of pathogenic microbes also are increasing.”