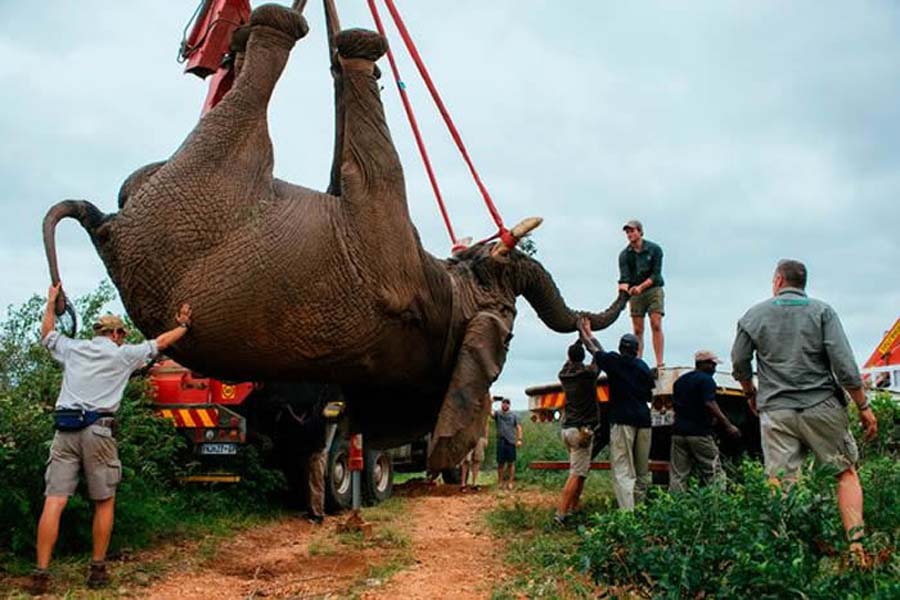 If lions are the king of the jungle, then elephants must surely be some kind of loftily held animal of regal proportions, but for one big grey fella in South Africa, he’s being shown the door to the place he’s called home for decades.

Riff Raff, a six-and-a-half tonne bull elephant, who’ll be legally shot if he doesn’t stop destroying crops, is being moved 300 miles away because he keeps going back to the reserve where he’s lived for 45 years.

Five months ago, he was moved 40 miles to a new home, but he stomped his way back to his old ends within 48 hours, leaving a trail of smashed fences in the process.

Local farmers are not happy, but the Humane Society International are in a race to save Riff Raff from their bullets.

The non-profit organisation want to move Riff Raff to a reserve hundreds of miles away from his Limpopo province home, putting a barrier of mountains and motorways in the way of his return, the Mirror reports.

If you’ve ever tried to get back into a club after getting on the nerves of door staff, times that by about a hundred.

With a life expectancy of around 70 years, Riff Raff should have another 25 years if nature runs its course. Unfortunately, his behaviour hasn’t made him many friends. 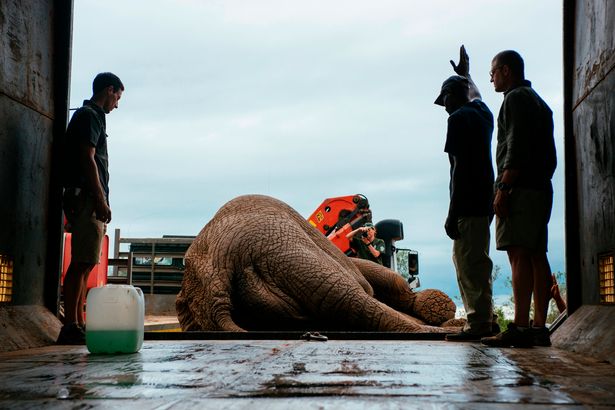 If he stays, he’ll almost certainly be killed. He’ll be the oldest, most dominant bull in a much larger reserve – with many new, unrelated females.

At 45, he’s a prime bull. He’ll be the females’ first choice, so will definitely be siring offspring for many years to come.

This is utopia for a bull elephant wanting to mate.

However, moving the mountain will not come easy. The relocation operation will cost up to £7,000, involving a tracking helicopter, a crane, giant crates, and a crew of experts to ensure his safe transit. 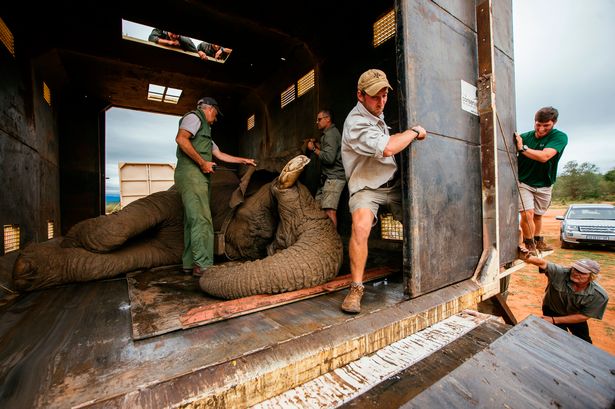 Riff Raff has been in Limpopo all his life and has been monitored for 18 years, but 2018 hasn’t been a good year. Farmers complained he’d trampled fences and eaten their crops.

He’s a huge example of the growing conflict between man and wildlife as human populations expand.

It’s not the fault of these amazing creatures that humans want to share their land, we have to find non-lethal solutions.

Just killing wildlife who get in our way is not the answer.

Last year up to 50 ‘problem’ elephants were said to be legally killed.

In cheerier elephant news, a little calf was caught in some side-splitting slapstick action this week, flapping around on his backside in a muddy riverbank in Kruger National Park, South Africa.

The sweet moment was captured by an amused human, who couldn’t help but melt at the sight of the playful little elephants:

When you find baby elephants anywhere near water or mud it is always worth it to stop and observe them for a while. Majority of the time it turns out to be a very entertaining sighting and enough to make anyone smile.

It was in the Kruger National Park where we came across such a scenario. A small herd of elephants was swimming in a river and amongst them were two very playful baby elephant brothers.

This article originally appeared on unilad.co.uk