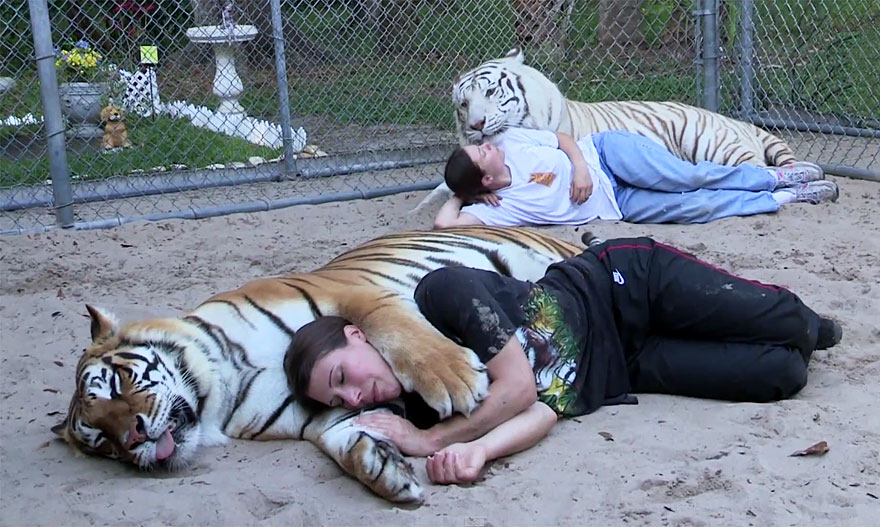 In 2011, approximately 50 exotic animals escaped near Zanesville, Ohio, raising awareness about the complex issue of ordinary citizens keeping wild animals as domestic pets. The incident was a result of Terry Thompson releasing a hoard of lions, tigers, bears, monkeys and other creatures from their cages before committing suicide. As a result, authorities were forced to shoot and kill nearly fifty of the untamed animals to protect nearby residents.

Ohio is one of many states that does not regulate or restrict keeping wildlife captive. It’s for this reason that millions of wild creatures, including large felines, reptiles, and non-human primates, are kept in private possession all across the U.S. As one might suspect, it is a difficult feat properly caring for an animal that should ideally be allowed to thrive freely in the wild. Exotic animals require special care, housing, diet and maintenance that most people cannot provide.

Because there are few restrictions on caring for wild animals, there are now between 5,000 and 7,000 tigers kept as “pets” in the U.S – more than exist in the wild! To make matters worse, tigers can be purchased for as little as $300, which is less than the cost of a purebred dog.

Though exotic creatures might be fun to handle, there are compelling reasons as to why humans and certain animals are not meant to co-exist in close proximity. For example, approximately 90% of all reptiles carry and shed salmonella in their feces. The Centers for Disease Control (CDC) estimates that 93,000 cases of salmonella are a result of exposure to reptiles. Additionally, as many as 90% of all macaque monkeys are infected with herpes B virus. The virus is harmless to the monkeys but can be fatal in humans. Finally, there have been numerous incidences in which wild creatures have escaped and injured – and in some cases killed – their “owners.”

Like orcas and dolphins at SeaWorld needing to live freely in the wild, exotic animals deserve to thrive in their natural habitats. The following infographic makes a compelling case for the above argument and is likely to change your perspective on keeping wild creatures as “pets”.