Last year, a father and son pair of hunters from Alaska crept into a bear den and essentially sl**ghtered two newborn cubs and their sleeping mother. At first, they appeared to get away with it, as the New York Times reports.

The unprovoked act of fatal violence occurred on a remote island off the southern coast of Alaska, where there was “little chance for witnesses.” They went so far as to travel there by boat, equipping themselves with skis. 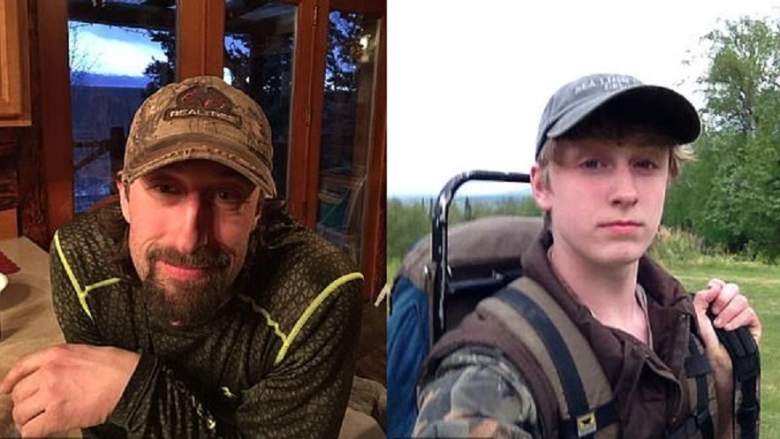 Andrew Renner, 41, faces three months in prison, a $9,000 fine, and has been forced to forfeit property like his boat and pickup truck, that were used in the crime, The Anchorage Daily News reported. He was convicted of eight charges related to illegal bear poaching.

Owen Renner, 18, was sentenced to a 30-day suspended jail sentence and community service. Both Renners were ordered to pay $1,800 in restitution.

Both were convicted in a plea deal after they illegally shot the sleeping bear and cubs and tried to cover it up without realizing they were captured by a game camera nearby.

Here’s what you need to know:

In April, Andrew and Owen Renner were unsuspectingly captured on a game camera on Esther Island in Prince William Sound poaching the bears.

The video shows the men spot a sleeping bear sow in a den as they approach on backcountry skis, prosecutors said according to the Anchorage Daily News. The video then shows Owen Renner shoot the sleeping bear twice.

“It doesn’t matter. Bear down,” Owen Renner is heard saying in the video, according to Assistant Attorney General Aaron Peterson.

After their mother was killed, the bear cubs “began shrieking in the den,” Peterson said. The two men are seen moving closer before Andrew Renner repeatedly shoots the cubs at close range, killing them.

2. The Attorney General’s Office Called It the ‘Most Egregious’ Poaching Case We’ve ‘Ever Seen’

The father and son who pleaded guilty to illegally killing a black bear sow and her two newborn cubs were sentenced Tuesday to months of jail time and thousands of dollars in fines. https://t.co/mbxVj9crY7

The Alaska Attorney General’s office said in a statement that it was the “most egregious bear cub poaching case his office has ever seen.”

“What we saw is that there were two bear cubs that were completely defenseless and were shot at point-blank range,” Peterson said.

After killing the bear and her cubs, the men butchered the sow and put the meat into game bags before skiing away. The camera captured them returning two days later to collect the cub carcasses.

3. The Renners Tried to Cover Up What Happened, Authorities Say

The Renners spotted a tracking collar on the bear’s neck, according to prosecutors. The video shows Owen Renner saying that the collar had been removed and “they’ll never be able to link it to us.”

Andrew Renner brought the bear sow to the Alaska Department of Fish and Game in Palmer on April 30, the Anchorage Daily News reported.

Renner claimed that he had shot the bear and claimed it was a legal kill. He claimed he did not see any cubs.

Along with the poaching charges, Renner was convicted of falsifying documents saying that it was not his son that killed the bear and failing to indicate that it was killed illegally.

4. Andrew Renner Had His Hunting License Revoked for 10 Years Along With the Prison Time

Andrew Renner was convicted of eight counts related to illegal killing and transporting of bears, The Anchorage Daily News reported, as well as falsifying the documents.

He also faces one count of contributing to the delinquency of a minor because his son was 17 when the incident took place.

Renner was sentenced to three months in prison and a $9,000 fine. Renner was also forced to forfeit a 22-foot ocean boat and trailer, a 2012 GMC Sierra pickup, two rifles, two handguns, two iPhones, and two sets of backcountry skis that were using the poaching.

5. Owen Renner Was Spared Jail Time, but Has to Complete Community Service, Take a Safety Course & Had His License Suspended for 2 Years

Owen Renner was convicted of four counts related to the killing and transporting of the bears as part of the plea deal.

He was sentenced to 30 days in suspended jail time and community service. Renner will also have to take a hunter safety course and had his hunting license suspended for two years.

Both men were also ordered to pay $1,800 in restitution.