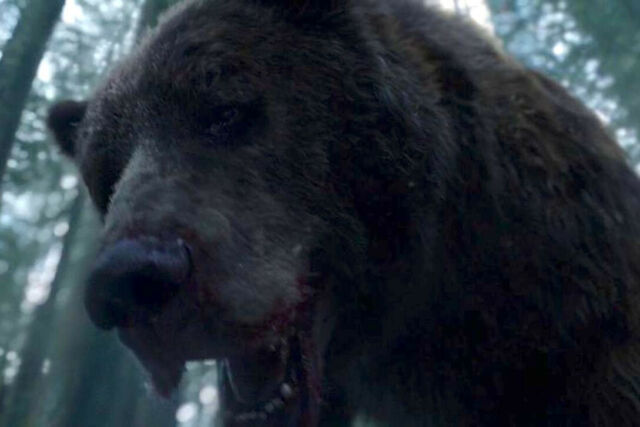 According to the National Park Service, this past weekend, a grizzly bear mauled and killed a hunter in the Wrangell-St. Elias National Park and Preserve, America’s largest national park. The fatal attack reportedly occurred while the man was on a 10-day moose hunt with one of his friends.

In a statement after the attack, the National Park Service said that this is the first known bear mauling fatality recorded in the park since it opened in 1980.

“Visitors are encouraged to be Bear Aware when traveling in the backcountry and take precautions such as carrying bear spray and using Bear Resistant Food Containers,” the statement read.

This is certainly an unusual event, each year there is only an average of 2 or 3 bear attack fatalities in North America. If you ever happen to encounter a bear in the wilderness experts recommend for you to play dead by lying flat on your stomach with your legs spread out. Bears are also known to be more active in the fall months, so it might be a good idea to avoid hot spots during that time of year.

The park is filled with a wide variety of wildlife, including timber wolves, grizzly bears, black bears, and caribou. Mountain goats and Dall sheep are also found in mountainous areas. Roughly 13,000 Dall sheep live in Wrangell–St. Elias, which is one of the highest concentrations of the species in North America.

The smaller mammals include wolverines, beavers, Canadian lynxes, porcupines, martens, river otters, red foxes, coyotes, ground and flying squirrels, hoary marmots, weasels, snowshoe hares, several species of voles and mice, and pikas. A few bison have been established in two herds in the park. Cougars are considered possible but have not been documented yet.

The waters along the coast are home to whales, porpoises, harbor seals and sea lions. The endangered Steller sea lion may be found in park waters.

The park and preserve cover an area larger than Switzerland, extending from the Gulf of Alaska to the Alaskan interior, with altitudes that vary from sea level to 19,000 feet.