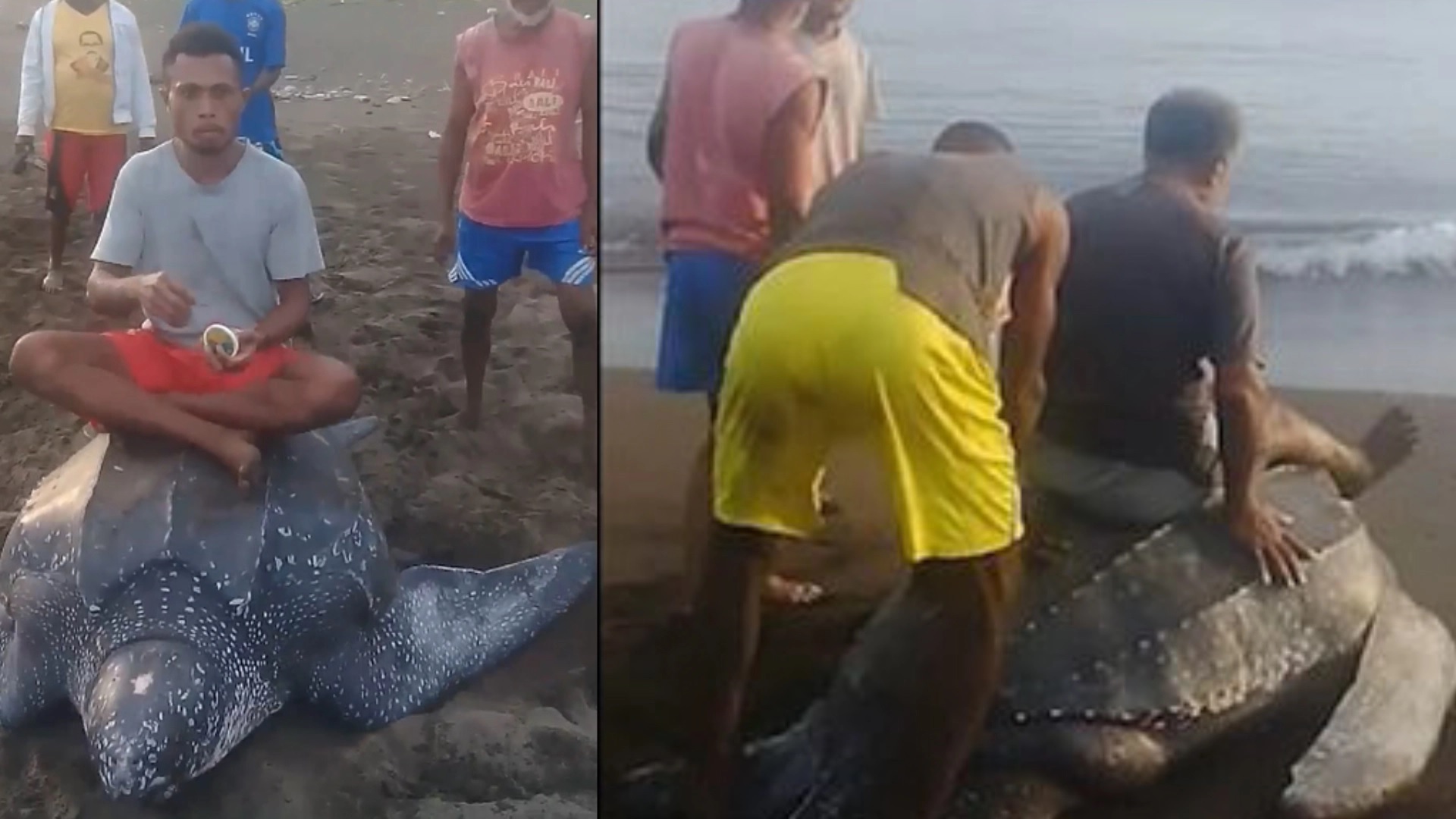 In a shocking incident, locals at Asukweri beach in Indonesia took turns to RIDE an endangered giant sea turtle as it crawled towards the sea. Video of the incident, reportedly filmed on July 5, shows a bunch of adults and children riding on the back of a distressed leatherback turtle captured by the locals while it was laying eggs on the beach.

The ruthless locals played with the largest of all turtles and the fourth-biggest reptile at more than half a ton in weight as if it was a soulless piece of flesh. An elderly man is seen sitting on the back of the turtle, as another man eggs him on and a third stands behind brandishing a heavy tree branch as a club. A young man is seen throwing sand at the turtle, pushing it around, and aggressively playing with its flippers. One man is seen eating snacks on its back while the other seen perching on the turtle’s back with his feet on its head.

The local authorities have been informed of the incident; however, they have not yet made a comment or taken any action.

According to the WWF, the leatherback sea turtle is a ‘vulnerable’ animal, which has seen its numbers decline rapidly in the past few years. Leatherback turtles don’t have many natural predators; however, plastic pollution, fishing nets and lobster traps all pose threats.