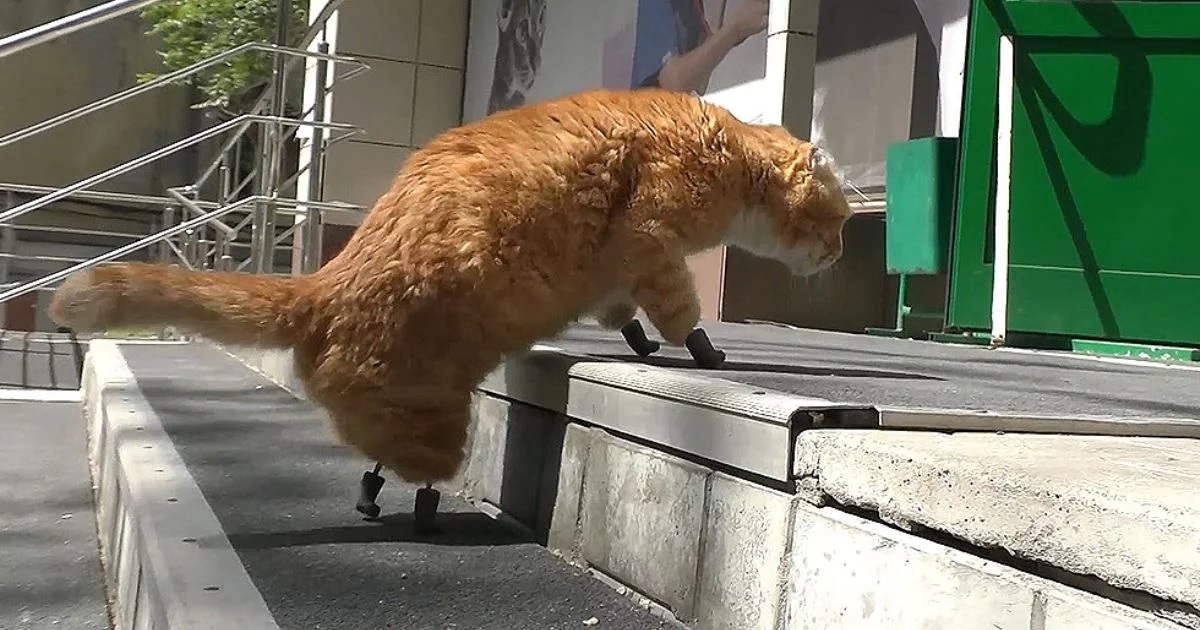 Ryzhik (Ginger or Redhead in Russian), a cat from Siberia, has become the first in the world to receive titanium paws.

According to the reports, the cat was abandoned out in the severe -40C temperatures as a result of which his limbs were severely frostbitten. Later, he contracted gangrene and thus all his paws had to be amputated to give him a new lease of life.

Doctors said in such severe cases, cats would usually be ‘put to sleep’ but Ryzhik was lucky that only his paws were amputated all thanks to his new owners who were adamant to save his life.

They took Ryzhik all the way to a clinic in Novosibirsk that specializes in implanting artificial limbs. After undergoing an unprecedented set of operations, the cat was fitted with four prosthetic paws made from titanium created from computer tomography and 3D modelling technology. 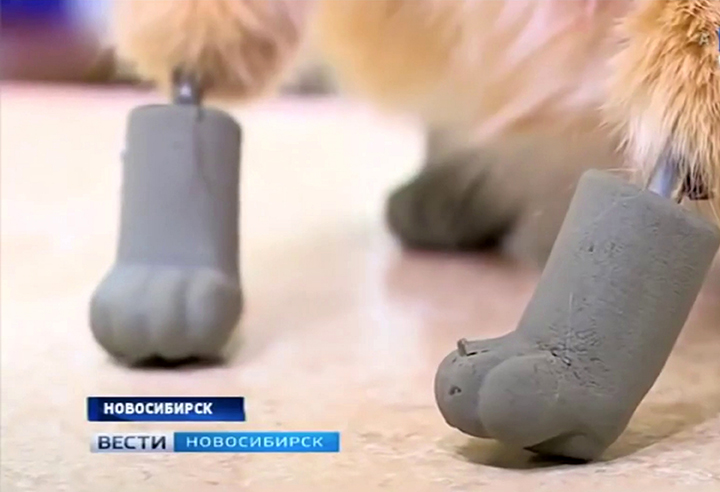 “He is definitely the first cat in the world who experienced such surgeries. The limbs have fully connected with the skin and bone. The part of the limb that goes inside the body is spongy, the bone tissue grows inside it. We achieved a good result. We have secured the function of the limb, although part of it has been removed.” 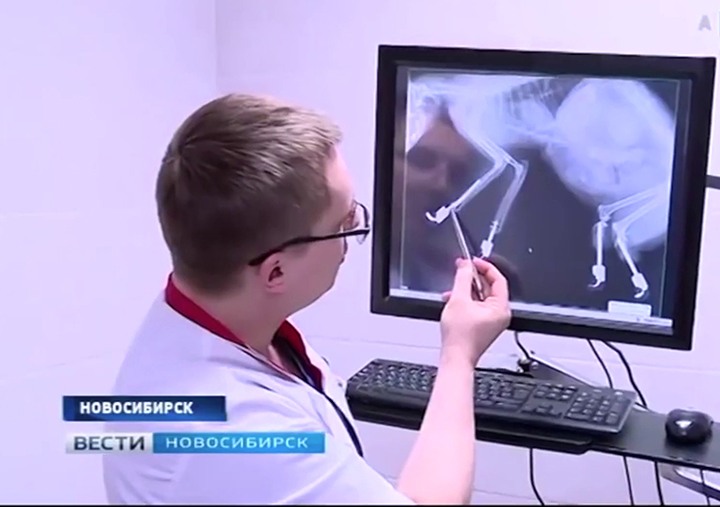 Ryzhik is not trying to remove the titanium paws, indicating he is content with his new mobility and not uncomfortable in the new limbs. In fact, he is already using his new paws to play with—and defend himself from—other cats!

However, he still has to get over some initial awkwardness before regaining a wholly natural gait. A confident Gorshkov says it’s only a matter of time before the cat finds it easy to walk on its new set of titanium paws.

Gorshkov’s clinic is developing new methods of helping animals in distress. The clinic is working at rebuilding beaks for parrots, hooves for cattle, and artificial limbs for birds. 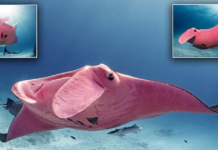