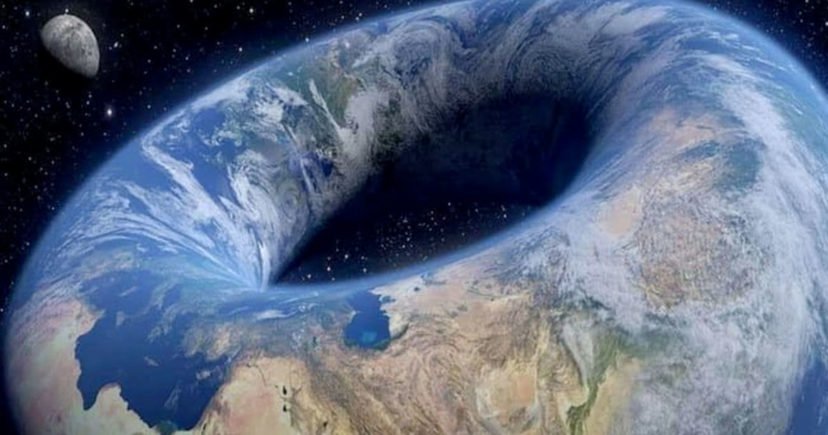 One person claims they believe the Earth is actually shaped like a doughnut? Well, that’s enough to spur international headlines now.

The person apparently wasn’t all too comfortable with the perception that our planet is shaped like some sort of disc, so Varuag, a member of the Flat Earth Society has at least proposed with some level of certainty that the planet might be shaped like this.

“I was wondering how a theory like FE theory gets formed, and I came to the conclusion that someone must’ve thought of the original idea,” they wrote. “And then it must’ve been followed by a long series of people pointing out flaws and then re-adjusting the theory (or thinking of new ideas) to iron out the flaws in the theory.”

It’s a shame that the most prominent example of “critical thinking” and desire to have debate and discussion, that would reach tabloid mainstream media has to do with this topic, but here it is.

They stated their theory in the Flat Earth Society, and then extended an invitation for fellow members to initiate some debate, to point out potential flaws in the theory and see “if we can think of arguments that will counteract these flaws.”

There are so many topics that matter so much, affecting people right now and people don’t even see those who suffer, but this is what breaks through and makes headlines. It’s a facepalm type of situation.

Varaug added: “I have a theory that the Earth is in fact shaped like a torus (a donut-shape). However, light is curved so we cannot tell.”

Trying to figure out if the light is curved he said radio waves are reflected by the atmosphere. He claimed that because of this principle, people don’t need to set up a ton of towers to transmit radio waves across extremely long distances.

Then, he claimed that light rays also reflect in similar ways to radio waves, and when we look forward, light diminishes as it travels. He claims by the time light reaches the atmosphere, it is “diminished enough to be reflected.”

“The light will then hit another corner of atmosphere and so on and so forth, curving every time. This gives the impression that the Earth is flat (or has a slight curvature),” he continued.

Here’s the thing: there’s a spectrum, when it comes to being critical of official scientific narratives. The spectrum ranges from total ignorance of necessary to understand, verifiable scientific facts, and then the other side of the spectrum where basic scientific info that is provable is understood, and certain unexplainable things are also made evident.

It takes a lot of effort to genuinely recognize if something in the scientific community is a lie or not. A person trying to critically think, which is a great thing to do, might find a few pieces of info out and connect them to their own narrative and belief, while ignoring a ton of necessary to understand information. 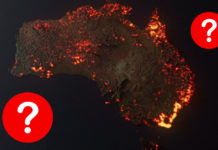 Fake Bush-Fire Maps Of Australia: Which One Is Real? 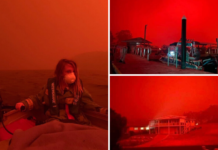