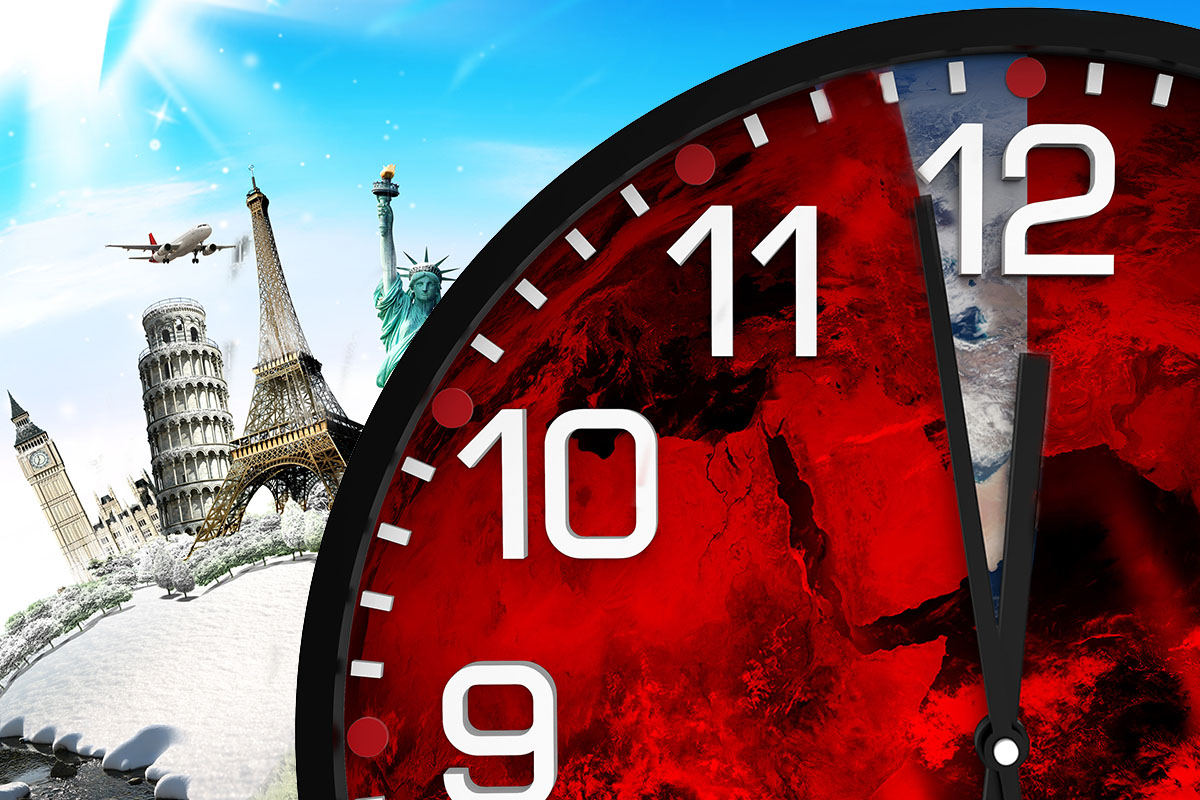 The former Irish president Mary Robinson is also chair of The Elders and the former commissioner of the United Nations human rights committee. Robinson released the latest statement after setting the clock to a new unprecedented level of doom, announcing on Thursday the historic update. The 100 seconds to midnight signifies a potential looming global catastrophe.

Robinson is pleading for world leaders to “join us in 2020 as we work to pull humanity back from the brink.”

The Bulletin was founded after the Japanese atomic bombings in 1945 by a group of scientists involved with the Manhattan Project. The group introduced the Doomsday Clock, originally set at 7 minutes to midnight, to inform the public of the inherent dangers facing the world. The closer to midnight, the closer the world was to a nuclear apocalypse. 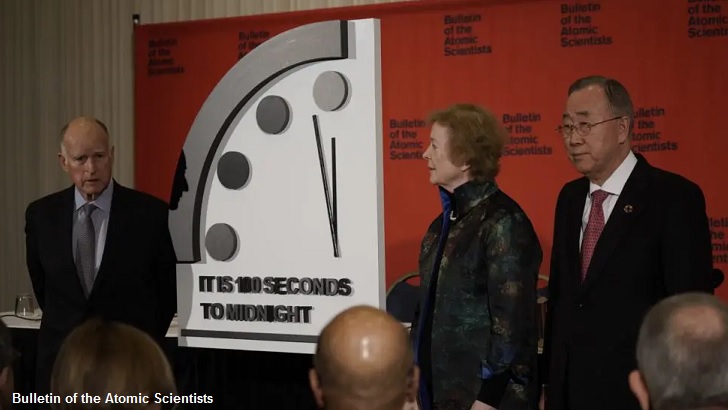 The Doomsday Clock is not only a reflection of a potential nuclear catastrophe but also other human-caused issues that threaten humanity, including the climate crisis. A statement released this month explained the dire situation that humanity now faces:

“It is 100 seconds to midnight. We are now expressing how close the world is to catastrophe in seconds—not hours, or even minutes,” Bronson said Thursday. “It is the closest to Doomsday we have ever been in the history of the Doomsday Clock. We now face a true emergency—an absolutely unacceptable state of world affairs that has eliminated any margin for error or further delay.”

The Bulletin has declared the need for urgent action as the world situation deteriorates while politicians around the world continue to allow the undermining of agreements and negotiations that aim to contain these threats. The Bulletin listed “cyber warfare, missile defenses, the militarization of space and hypersonic technology” and the need to eliminate battlefield nuclear weapons” as some of the many issues. The Bulletin also urged nations to remain committed to the 2015 Paris Climate Agreement.

Jerry Brown, the executive chair of the Bulletin criticised Trump in a press conference in Washington for delivering a speech in Davos condemning them as “alarmists” and “prophets of doom” that should be ignored.