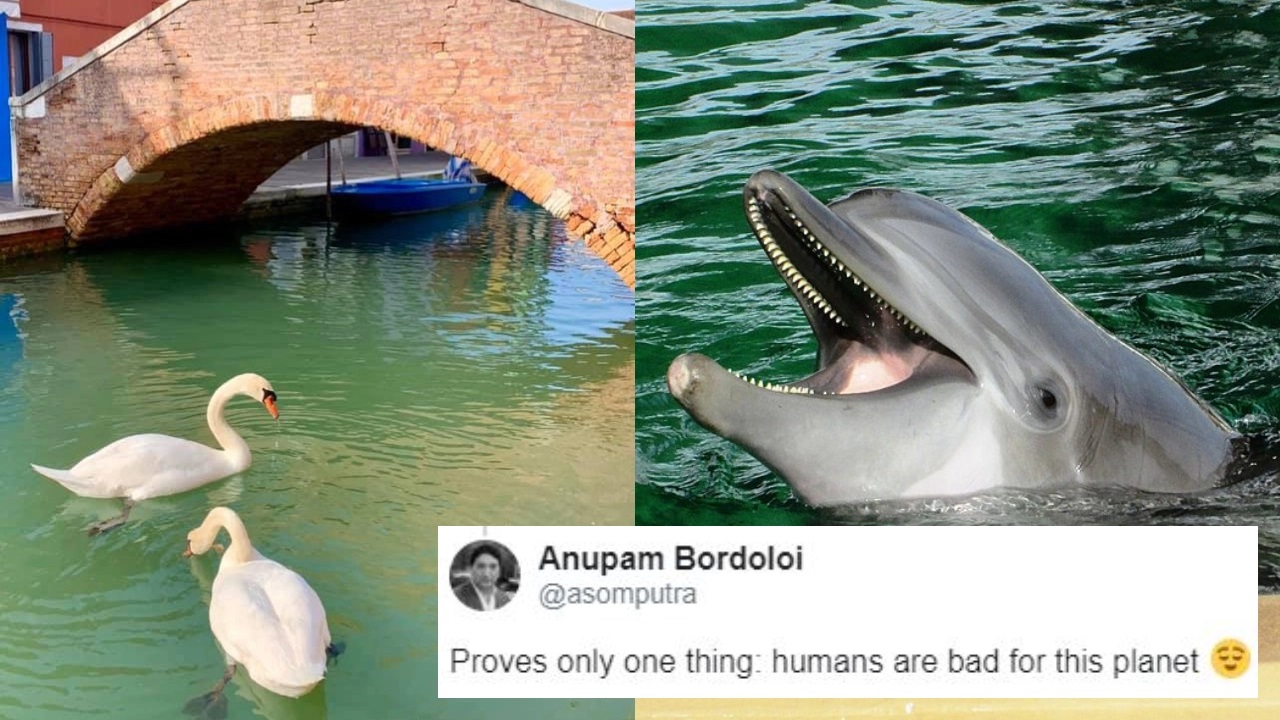 Today, Italy reached over 47 thousand confirmed COVID-19 cases. Over 4,032 of those have been fatal, while 4,440 have recovered. The pandemic, like many other nations, has brought the country to a standstill.

Italians have increasingly turned to social media to spread positivity in the weeks since lockdown measures were implemented. Videos of people singing in unison from their balconies have gone viral and even inspired U2 frontman Bono to release new music on his Instagram and Facebook pages.

Social isolation is now the norm, and the economy is on the brink of disaster, however there is a silver lining to all this misery.

Boars in the middle of my hometown, dolphins in the port of Cagliari, ducks in the fountains in Rome, Venice canals have now clean water full of fishes. Air pollution dropped. Nature is reclaiming its spaces during quarantine in Italy. #COVID19 #COVIDー19 pic.twitter.com/dr6QILfF9V

We’ve reported on the crystal clear waters now flowing through Venice, one of the biggest Italian tourist attractions in the nation. According to Venice’s mayor’s spokesperson, the waters are improved.

The spokesperson further added, “The air, however, is less polluted since there are less vaporetti and boat traffic than usual because of the restricted movement of residents.”

But it isn’t just the sediment stirring. The waterways across Italy have become so clean that the marine life has returned. Fish have been photographed swimming in Venice, swans have returned to the fountains of Rome and even dolphins have been seen swimming in the newly pristine waters of the Port of Cagliari.

It's good to see nature recovering so fast from humans

Satellite imagery has also shown a significant drop in Italian air pollution, much like what was caught by NASA of China last month. The nitrogen dioxide emissions have significantly decreased since the lockdown.

While several pictures were posted showcasing the clean country, many highlighted how humans are responsible for ruining it in the first place:

Here's an unexpected side effect of the pandemic – the water's flowing through the canals of Venice is clear for the first time in forever. The fish are visible, the swans returned. pic.twitter.com/2egMGhJs7f

Arguably, the planet might be rebalancing itself in what was becoming a critical environmental crisis. Now, it seems, the world has no choice but to stop and listen.

Although the pandemic is halting life as we know it, it’d be wrong to dismiss the blessings in disguise that actually give us some hope.

It would also be wrong to ignore the damage us humans have caused to the planet.