A report in Reuters this week detailed the account of a Wuhan native who was breaking into homes in the quarantine zone in order to feed animals that had no one to care for them.

While there are some people who are trapped inside of Wuhan, there are also many others who live in the city but were away for the New Year holiday when the quarantine went into effect. As the quarantine was being imposed the mayor of Wuhan revealed that as many as 5 million people had recently left the city for celebrations elsewhere. Some of these people have pets that have now been left at home for over ten days without anyone to replenish their food or water or to let them outside. 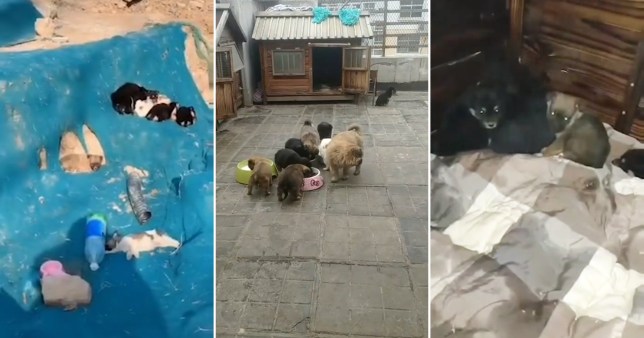 The man conducting the helpful break-ins is Lao Mao, who has been advertising his services on social media. After he is able to successfully take care of the pets and make sure they are safe he contacts the owners with a video call to show them that everything is okay.

Mao estimates that up to 50,000 pets could have been left home alone as a result of the outbreak. He based his estimate on how many people are not home and the rate of pet ownership in the city.

Lao Mao is a false name that the hero is using because he does not want his family to worry about him. He also fears possible repercussions from authorities.

“The volunteers on our team, me included, have saved more than 1,000 pets since Jan. 25. My phone never stops ringing these days. I barely sleep. My conservative estimate is that around 5,000 are still trapped, and they may die of starvation in the coming days,” Mao said.

There are also many other independent animal rescue crews doing the same thing. It is a dangerous time for pets in China, with rumors circulating that the animals were responsible for helping the spread of the disease. This has caused pet owners in some provinces to abandon their animals or even take more extreme measures, while the more humane pet owners have purchased masks for their furry friends.

There are also concerns about the Chinese government stepping in to control pet ownership. On Friday in Suichang, a small county in Zhejiang, the province that has is being seen as a second epicenter for the virus, the local government has ordered residents to keep their dogs at home and threatened to “exterminate” any dogs who are caught in public.

“I’m worried about my dog being hated by the neighborhood,” Wang Fengyun of Beijing said of her poodle. 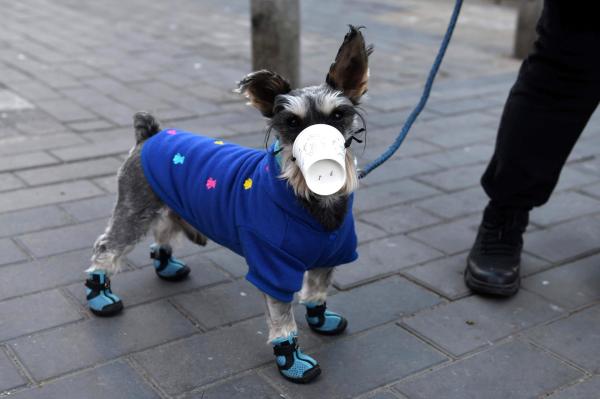 “I haven’t found any pet masks, so I’ve made one myself with a paper cup,” she added.