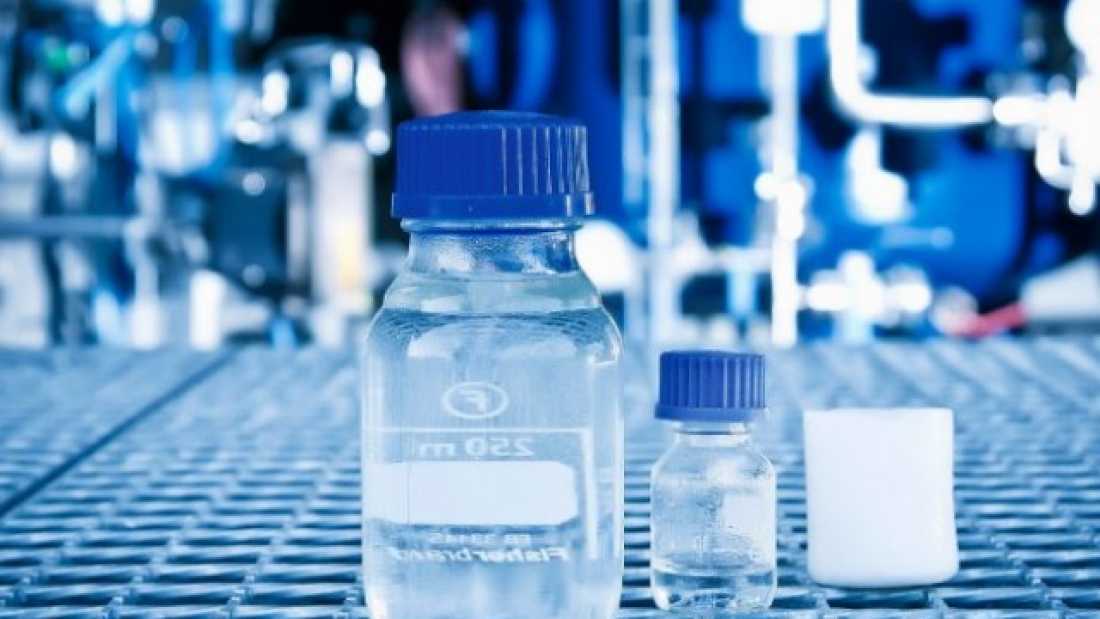 It’s the holy grail in energy production: produce a fuel that is both carbon neutral and can be poured directly into our current cars without the need to retrofit. There are scores of companies out there trying to do just that using vegetable oil, algae, and even the microbes found in panda poop to turn bamboo into fuel.

This week, German car manufacturer Audi has declared that they have been able to create an “e-diesel,” or diesel containing ethanol, by using renewable energy to produce a liquid fuel from nothing more than water and carbon dioxide. After a commissioning phase of just four months, the plant in Dresden operated by clean tech company Sunfire has managed to produce its first batch of what they’re calling “blue crude.” The product liquid is composed of long-chain hydrocarbon compounds, similar to fossil fuels, but free from sulfur and aromatics and therefore burns soot-free.

The first step in the process involves harnessing renewable energy through solar, wind or hydropower. This energy is then used to heat water to temperatures in excess of 800oC (1472oF). The steam is then broken down into oxygen and hydrogen through high temperature electrolysis, a process where an electric current is passed through a solution.

The hydrogen is then removed and mixed with carbon monoxide under high heat and pressure, creating a hydrocarbon product they’re calling “blue crude.” Sunfire claim that the synthetic fuel is not only more environmentally friendly than fossil fuel, but that the efficiency of the overall process—from renewable power to liquid hydrocarbon—is very high at around 70%. The e-diesel can then be either mixed with regular diesel, or used as a fuel in its own right.

But all may not be as it seems. The process used by Audi is actually called the Fischer-Tropsch process and has been known by scientists since the 1920s. It was even used by the Germans to turn coal into diesel during the Second World War when fuel supplies ran short. The process is currently used by many different companies all around the world, especially in countries where reserves of oil are low but reserves of other fossils fuels, such as gas and coal, are high.

And it would seem that Audi aren’t the first to think about using biogas facilities to produce carbon neutral biofuels either. Another German company called Choren has already made an attempt at producing biofuel using biogas and the Fischer-Tropsch process. Backed by Shelland Volkswagen, the company had all the support and funding it needed, but in 2011 it filed for bankruptcy due to impracticalities in the process.

Audi readily admits that none of the processes they use are new, but claim it’s how they’re going about it that is. They say that increasing the temperature at which the water is split increases the efficiency of the process and that the waste heat can then be recovered. Whilst their announcement might not be heralding a new fossil fuel-free era, the tech of turning green power into synthetic fuel could have applications as a battery to store excess energy produced by renewables.