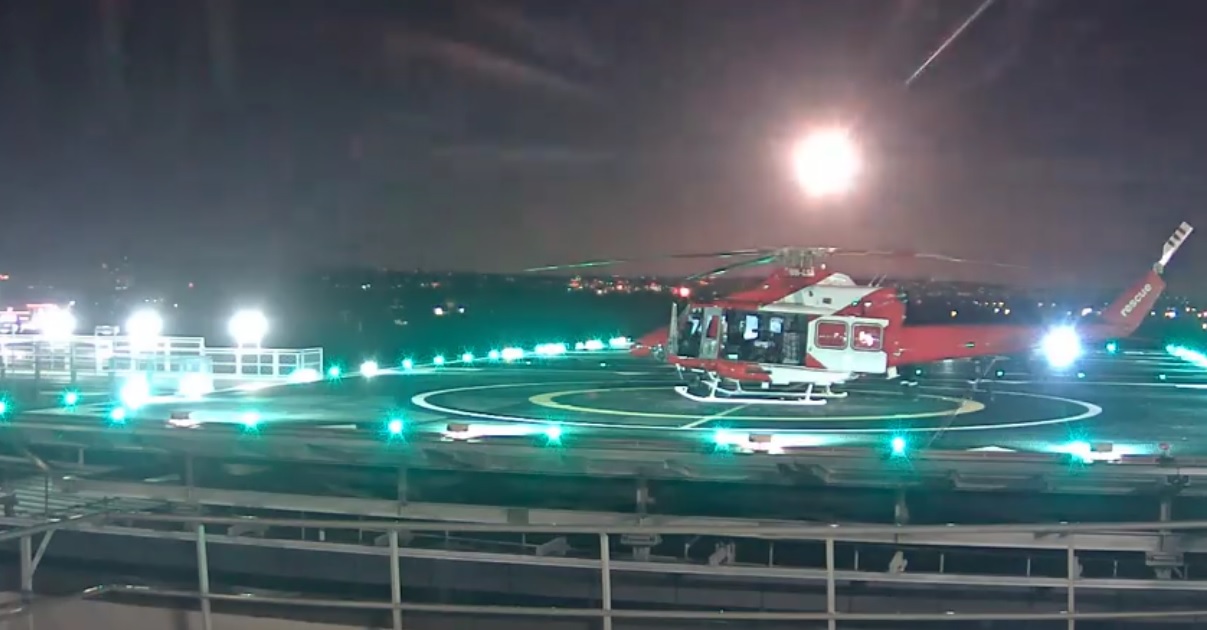 A massive fireball the size of a small car with a calculated impact energy of 1.6 kilotons of explosive power crashed off the south coast of Australia on May 21, striking the Great Australian Bight with the force of a nuclear bomb. The nuclear bomb that exploded over Hiroshima was 15 kilotons, so the South Australian fireball was 10% the explosive yield of Hiroshima.

According to NASA’s Centre for Near-Earth Object Studies (CNEOS), the rogue meteorite reached a speed of 11.5 kilometres per second when it entered Earth’s stratosphere – then it burned and partially broke, with some parts landing about 300km west-southwest of Mount Gambier in the waters of the Great Australian Bight.

A camera pointed toward the Royal Adelaide Hospital’s helipad captured spectacular footage of the fireball’s trail as it zoomed toward the Earth and exploded, sending out a bright flash of light.

Is it a bird? Is it a plane? No, the camera from the #RAH helipad captured a perfect view of Tuesday’s meteor as it lit up the night sky over Adelaide ☄️

“That’s very high [1.6 kilotons of energy]. It’s in the range of a small nuclear weapon. Because it exploded at an altitude of 31.5km it didn’t do any damage.”

NASA aerospace engineer Dr Steve Chesley told ABC Radio the meteorite could have been the size of a small car when it entered the atmosphere, but high pressure caused it to shatter and fall apart:

“You wouldn’t want it to land on your head. But these wouldn’t really do any damage on the ground. What the folk there along the coast of South Australia saw was a spectacular light show, probably a very loud sonic boom that would rattle the windows, this wasn’t big enough to break windows I expect, and then just small pebbles falling to the Earth and not at hypersonic velocities, they slow down very quickly.”

Check out video captured by the South Australia Police Department which shows the exact moment the meteor lit up the night sky:

Our CCTV in Mount Gambier captured this otherworldly fireball at 10.46pm Tuesday. Just in case, we’d ask that Limestone Coast locals be alert for Alien Life Forms (including ALF himself) trying to hitch-hike to Earth Capital, and approach with caution. #meteor #weneedanALFemoji pic.twitter.com/iOgAOlw4cu

In December 2018, a giant space rock exploded 16 miles above the Earth’s surface; with an impact energy of 173 kilotons, it released 10 times the energy of the atomic bomb detonated over Hiroshima – the biggest since the 65.6ft-wide blinding fireball exploded over Russia’s Chelyabinsk Oblast six years ago.